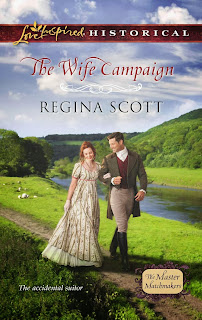 Whitfield Calder, Earl of Danning, would much rather spend a fortnight tending to his estate than entertaining three eligible young ladies. But when his valet insists that marriage is an earl's duty, Whit agrees to the house party. He has no intention of actually proposing to anyone . . . until flame-haired Ruby Hollingsford declares she'd never accept him anyway.

Ruby has been tricked into attending this charade, but she certainly won't compete for the earl's attentions. Yet, Whit isn't the selfish aristocrat she envisioned. And with a little trust, two weeks may prove ample time for an unlikely couple to fall headlong into love. 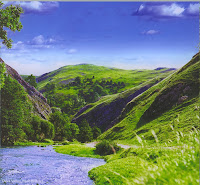 The Wife Campaign, book #2 in Regina Scott's "The Master Matchmakers" series, is a light and thoroughly entertaining historical romance. This delightful series takes place in the beautiful rural setting of Derbyshire's Peak District, and while a character from the first book is mentioned in passing, this book easily stands alone.

The series is described as "Wedding bells will ring when downstairs servants play Cupid for upstairs aristocracy" - and that makes for comedic situations, as one might imagine. The initial meeting between Whit and Ruby is so funny! And Mr. Quimby, the Earl's former college friend and now his valet, is one of my favorite characters. Questioned by Whit as to why unexpected house guests suddenly descend on his rural retreat at Fern Lodge, Quimby replies: "I believe each of the three invitations read that you are desirous to put an end to your bachelor state and would like to determine whether you and the lady suit."

I enjoyed the lead characters of Whit, Earl of Danning, and Ruby Hollingsford. Whit is a caring gentleman who has always believed that duty and responsibility go hand in hand, while Ruby has a deep-rooted distrust of the aristocracy based on personal experience.

Neither Whit nor Ruby see the need for marriage - until they meet, that is. Ruby "had her future all planned - good works, good books, a drive through the park and the opera on occasion. She didn't need the unreliable companionship of a husband." Ruby comes from an interesting background, as her father had once been a mudlark - a person who combs the mud of the Thames at low tide for valuables that might wash up - and eventually became a jeweler catering to the aristocracy and gentry. 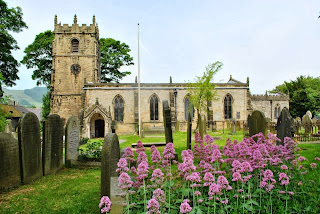 Regina is very effective in creating a vivid sense of place with the 1815 Peak District of Derbyshire and at showing the effects of English society's class structure. I also love the way Regina injects local elements of the era into her writing, such as the cavern where the semi-precious mineral called Blue John is mined and used in the making of jewelry. More about Blue John Cavern can be learned here.

Hints are given to a possible romance between one of the potential wives, Lady Amelia, and Lord Hascot at Hollyoak Farm, so I hope we see that next. The Wife Campaign is a fun and entertaining read, and I recommend it to fans of inspirational historical fiction. 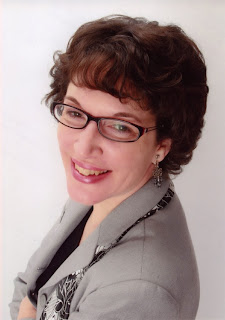 Regina Scott started writing novels in the third grade. Thankfully for literature as we know it, she didn't actually sell her first Regency romance novel until she had learned a bit more about writing such as vocabulary, sentence structure, and plot. After numerous short stories and articles in magazines and trade journals, she got serious about her novel writing. The Regency romance The Unflappable Miss Fairchild was her first novel to be published (March 1998). In 2011, she was delighted to move into Christian romance with the publication of The Irresistible Earl.
Regina is a devout Christian and a decent fencer; owns a historical, fantasy, and science fiction costume collection that currently takes up over a third of her large closet; and has been known to impersonate an independent consultant specializing in risk communication.

This book was provided by Regina Scott in exchange for my honest review.
Posted by Carole at 12:58:00 PM