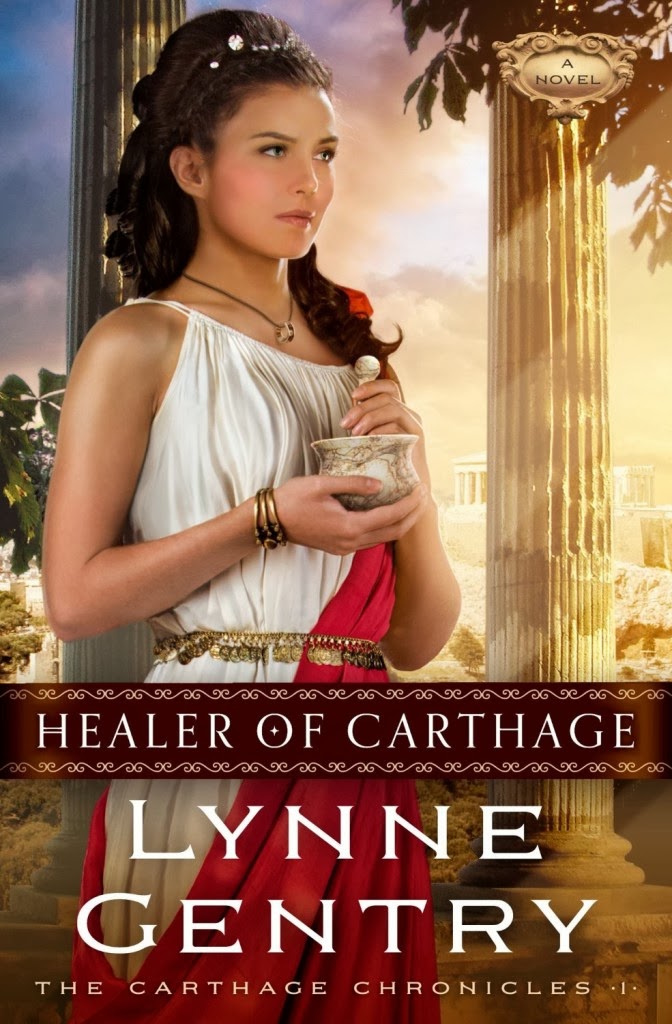 First-year resident Dr. Lisbeth Hastings is too busy to take her father’s bizarre summons seriously. But when a tragic mistake puts her career in jeopardy, answering her father’s call seems her only hope of redeeming the devastating failure that her life has become.

While exploring the haunting cave at her father’s archaeological dig, Lisbeth falls through a hidden hole, awakening to find herself the object of a slave auction and the ruins of Roman Carthage inexplicably restored to a thriving metropolis. Is it possible that she’s traveled back in time, and, if so, how can she find her way back home?

Cyprian Thascius believes God called him to rescue the mysterious woman from the slave trader’s cell. What he doesn’t understand is why saving the church of his newfound faith requires him to love a woman whose peculiar ways could get him killed. But who is he to question God?

As their different worlds collide, it sparks an intense attraction that unites Lisbeth and Cyprian in a battle against a deadly epidemic. Even as they confront persecution, uncover buried secrets, and ignite the beginnings of a medical revolution, Roman wrath threatens to separate them forever. Can they find their way to each other through all these obstacles? Or are the eighteen hundred years between them too far of a leap?

Authentic from a historical perspective, realistic from an emotional standpoint, challenging and relevant for us today are just a few ways to describe Lynne Gentry's debut novel, Healer of Carthage, book one in The Carthage Chronicles series. Although I rarely read a novel where time travel is involved, I enjoyed this story to the point of barely being able to put it down. So I will say that if you're a fan of early Roman history, you will love this story; and if you're not a fan of early Roman history (like me), you will love this story!

I can't begin to imagine the hours of research involved, because Lynne's writing incorporates a few actual historical figures and shows an impeccable knowledge of Ancient Rome and its medical practices. The story is primarily plot driven, yet characterization is strong. Lisbeth is a bright, driven, 28-year-old medical intern whose god is science. Cyprian is a handsome Roman noble who is struggling to abandon his pagan beliefs for his newfound faith. With his hard edges but kind heart and generosity, he is such an appealing figure! There is strong chemistry between Cyprian and Lisbeth, and this element is handled very well; romance fans will love it. The supporting characters of Magdalena and her Down-syndrome child, Laurentius, also add much depth to the story.

One of the most gripping scenes was when Cyprian and Lisbeth attended a day of games at the Carthage sports complex, a colossal structure built by Rome to intimidate their conquered provinces. As thousands of spectators beheld unimaginable cruelty and death with something akin to apathy, I felt like I was reading words of warning to us today. "No one in the stands moved. Screams of innocent women and children would echo from this place for generations, and yet not one spectator in the seats would lift a finger to stop the barbarism. Deaf ears. Blind eyes. . . . Good people doing nothing. The fall of every civilization playing out before her very eyes."


I also felt Lynne's words often presented a challenge, conviction in their very essence as I was forced to examine the strength of my faith. For with the edict to bow the knee to Rome's Emperor and the rise of persecution, Ancient Rome was not a comfortable place for Christians. Caecilianus, bishop of the church in Carthage, speaks these words to a gathering of Christians:  "Because Christ suffered for me, I will do what I can for him. . . . Brothers and sisters, stay the course. Do unto others as you would have them do unto you, even to the point of death."

As the story progresses, Lisbeth learns more about Cyprian's God and wonders if He could have sent her there for a purpose - with this conclusion:  "Shame on her if she stood by and did nothing." And that's something that every reader will have to ask and decide.

The narrative comes to a satisfactory conclusion, but readers may have a hard time waiting for book two in the series. Healer of Carthage is a strong debut by Lynne Gentry and I highly recommend it to all readers. An interview with Lynne + giveaway will follow soon. 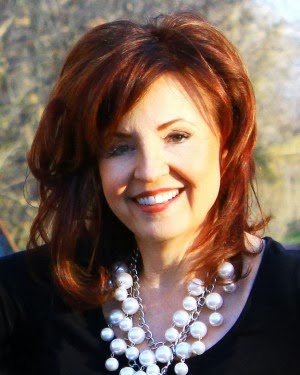 
Lynne Gentry has written for numerous publications. Her newest novel, Healer of Carthage, is the first in The Carthage Chronicles series. She is a professional acting coach, theater director, and playwright with several full-length musicals and a Chicago children’s theater curriculum to her credit. Lynne is an inspirational speaker and dramatic performer whose first love is spending time with family.

Thank you to Howard Books and NetGalley for providing a copy of this book in exchange for my honest review.
Posted by Carole at 3:51:00 PM