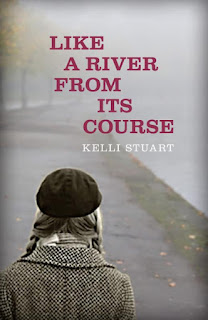 Like a River from Its Course
By Kelli Stuart
Kregel, 2016

An epic novel exposing the ugliness of war and the beauty of hope.

The city of Kiev was bombed in Hitler's blitzkrieg across the Soviet Union, but the constant siege was only the beginning for her citizens. In this sweeping historical saga, Kelli Stuart takes the reader on a captivating journey into the little-known history of Ukraine's tragedies through the eyes of four compelling characters who experience the same story from different perspectives.

Maria Ivanovna is only fourteen when the bombing begins and not much older when she is forced into work at a German labor camp. She must fight to survive and to make her way back to her beloved Ukraine.

Ivan Kyrilovich is falsely mistaken for a Jew and lined up with 34,000 other men, women, and children who are to be shot at the edge of Babi Yar, the "killing ditch." He survives, but not without devastating consequences.

Luda is sixteen when German soldiers rape her. Now pregnant with the child of the enemy, she is abandoned by her father, alone, and in pain. She must learn to trust family and friends again and find her own strength in order to discover the redemption that awaits.

Frederick Hermann is sure in his knowledge that the Führer's plans for domination are right and just. He is driven to succeed by a desire to please a demanding father and by his own blind faith in the ideals of Nazism.

Based on true stories gathered from fifteen years of research and interviews with Ukrainian World War II survivors, Like a River from Its Course is a story of love, war, heartache, forgiveness, and redemption.

When it comes to Like a River from Its Course, there’s no way any words of mine can do it justice, so I’ll let Kelli Stuart and her characters do some of the talking. But if I had to express my thoughts in only one sentence, it would be this:  If ever a book cried out to be read, it’s this one.

What’s most amazing is that through extensive research, debut author Kelli Stuart has drawn from personal stories of survival to write this moving work of fiction, based on historical events that weren’t that familiar to me – the Nazi occupation of the Ukraine. The story is told from the first-person perspective of four main characters – and rather than me trying to describe them, I encourage you to read about them in the book’s overview above if you haven’t already. Here are some expressions of their thoughts . . .


Like a River from Its Course is riveting, dark, raw, yet hopeful and redeeming. It reflects the essence of humanity, from total depravity to selfless, tender kindness. It’s not a light read, nor is it an easy one – but it is compelling, relevant for today, and hard to put down. Truly unforgettable.

I’m amazed at the literary quality of Kelli’s writing, for it sparkles in its beauty. She has a gift for pulling you right into the story, compelling you to experience the people, setting, and all the horrors of war in a way that is palpable. I marked several quotes that really spoke to me; here are just a few . . .


“If love gives flight to the soul, hate kills it completely.”
- Ivan

“You would be surprised, my friend, at the power in believing
in something outside of yourself. When you acknowledge that
the pain of this world is unbearable, you’re able to finally surrender
to the One who alone is worthy of carrying the weight.”
- Father Konstantin

“To believe is to trust, and when you trust, your life has meaning and purpose outside of the mere endurance of hardship.”
- Father Konstantin

And finally, one that is true yesterday, today, and tomorrow . . .


“God cannot be suppressed under the evil of man.”
- Father Konstantin

On a personal note, because I have a hard time with books set during the Holocaust, I initially passed on reviewing this book. But thanks to Christen at Litfuse Publicity, I decided to risk it and am so glad I did. For me, Like a River from Its Course is a story not to be missed. 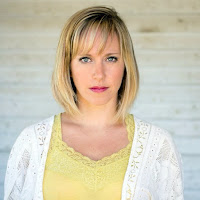 Kelli Stuart is the coauthor of Dare 2B Wise and has written for several brands including Disney, American Girl, and Short Fiction Break. She has served as editor-in-chief for the St. Louis Bloggers Guild and as a board member for the St. Louis Women in Media. In addition to her writing, Kelli has spent twenty years studying Ukranian culture. Kelli lives in Florida.

Thank you to Litfuse Publicity and Kregel for providing a copy of this book in exchange for my honest review.