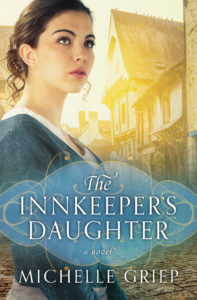 All Johanna wants is to keep the family inn afloat, but when the rent and the hearth payment are due at the same time, where will she find the extra funds? If she doesn’t come up with the money, there will be nowhere to go other than the workhouse—where she’ll be separated from her ailing mother and ten-year-old brother.

Alex desperately wants to help Johanna, especially when she confides in him, but his mission—finding and bringing to justice a traitor to the crown—must come first, or they could all end up dead.

Romance, history, intrigue and espionage … a book by Michelle Griep is simply not to be missed, and reading The Innkeeper’s Daughter is sheer delight. The story moves at a steady pace that kept me eager to turn the pages. Griep does British settings, my favorite sub-genre, so very well. Along with romantic suspense, I always learn something new from the historical detail and delightful humor adds to the charm. Without going into detail, there’s a historic gem that gave me new insight into a line from The Star Spangled Banner.

I’m not an expert on styles, but The Innkeeper’s Daughter seems to combine elements of Regency and Dickens – all I know is that I loved it. From the lead characters, Alex and Johanna, to a wonderful supporting cast, all are well-drawn. Fans of Griep’s earlier novels will be delighted to see Brentwood’s appearance. And I think she created one of the most unusual secondary characters I’ve ever come across – Mr. Nutbrown, who speaks through a puppet.

Going undercover in seeking the identity of a suspected traitor among Dover’s elite puts Alex in Johanna’s world, and I was totally at a loss in knowing who to trust. Alex was famous for going beyond the rules to capture a criminal, and when it came to the prim, yet saucy Johanna, Alex thought that “Bow Street could use an interrogator like this woman.”

Griep’s writing is very descriptive, giving me a clear feel for the era and it’s people. There’s a beautiful example that I want to share, taken from a scene when Alex visits Lord Cobum’s mansion:

He knew no one, but could name them just the same. The fat merchant hoping to sell his soul to gain a contract with the viscount was Greed. The servant sneaking off for a tryst in an unused closet, Lust. And the pair of matrons whose plan was to allow their charges enough slack to hog-tie a bachelor? Self-serving Languor. Here in a manor home or down at a quayside bawdy house, people were people the world ‘round.

There’s nothing to indicate that The Innkeeper’s Daughter isn’t a standalone novel, but I certainly hope more is on the horizon. Romance seems likely for Johanna’s mom and Alex’s boss. There’s a moving scene involving an injured Mr. Nutbrown at the end and I’d love to know more about him. And then there’s Alex’s fellow worker, Thatcher – a man of few words, an “officer of shadow and dust” with a unique ability at camouflage. More, please! 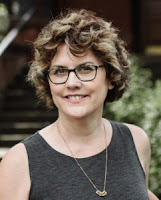 Michelle Griep has been writing since she first discovered blank wall space and Crayolas. She seeks to glorify God in all that she writes—except for that graffiti phase she went through as a teenager. She resides in the frozen tundra of Minnesota, where she teaches history and writing classes for a local high school co-op.

An Anglophile at heart, she runs away to England every chance she gets, under the guise of research. Really, though, she’s eating excessive amounts of scones while rambling around a castle.

Michelle is a member of ACFW (American Christian Fiction Writers) and MCWG (Minnesota Christian Writers Guild). Keep up with her adventures at her blog “Writer off the Leash” or visit www.michellegriep.com.

Spring is just around the corner, or maybe it’s in full bloom in your neck of the woods. Regardless, by this time of year, everyone is ready to celebrate. . .and nothing new is under the sun. For centuries people have been eager to welcome budding greenery and warmth.

In my recent release, The Innkeeper’s Daughter, I incorporated a spring holiday that’s been around for over 500 years in England, one you may never heard of.

This ancient celebration dates back to the year 1651. At the time, Charles II escaped the Roundhead army by taking cover in an oak tree. Everyone loved ol’ Charlie and was glad he lived, so in his honor, a new national holiday was born—one that in some parts of England is still celebrated today.

Another name for this annual event is Royal Oak Day and the festivities occur every May 29th. Celebration traditions vary from parades to the ringing of bells, but one thing that is standard is that it’s a day to pin an oak leaf on your lapel. If you fail to wear one, you could end up getting pinched.

The hero in my latest release is kind enough to remind the heroine that she forgot to pin on her leaf, thus saving her from untoward pinches. Interested in hearing more about this gallant fellow and the forgetful miss? Here’s a blurb about The Innkeeper’s Daughter…

Tension is high with the threat of a Napoleonic attack in Regency England, but risk from abroad means nothing when there’s danger at home.

Officer Alexander Moore goes undercover as a gambling gentleman to expose a high-stakes plot against the crown—and he’s a master of disguise, for Johanna Langley believes him to be quite the rogue . . . until she can no longer fight against his unrelenting charm.

All Johanna wants is to keep the family inn afloat, but when the rent and the hearth payment are due at the same time, where will she find the extra funds? If she doesn’t come up with the money, there will be nowhere to go other than the workhouse—where she’ll be separated from her ailing mother and ten-year-old brother.

Alex desperately wants to help Johanna, especially when she confides in him, but his mission—finding and bringing to justice a traitor to the crown—must come first, or they could all end up dead.

It’s a race against time for them both. 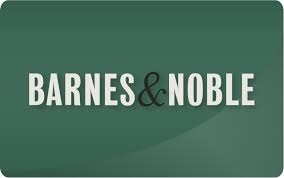 If you’re willing, please help spread the word by clicking on this link and sharing my Facebook post. Thank you!

To celebrate her tour, Michelle is giving away a grand prize of a signed copy of The Innkeeper’s Daughter and a $25 gift card from Barnes & Noble!!