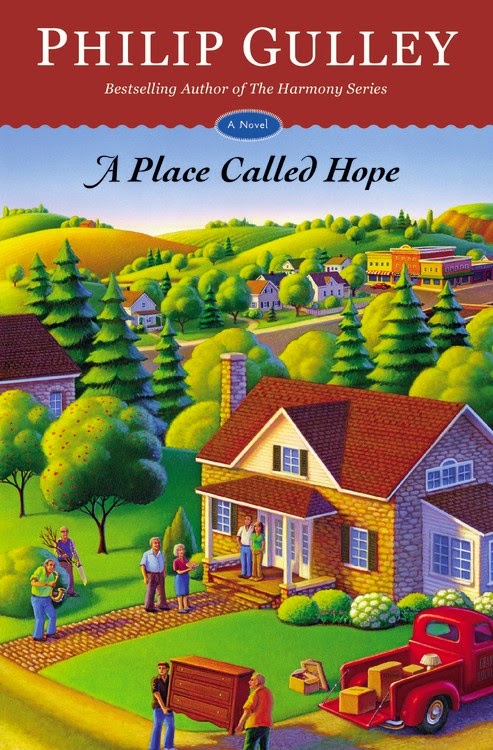 Fans of the critically acclaimed Harmony  series will delight in the return of its central character, Sam Gardner, in this new series by Gulley.

When Quaker Pastor Sam Gardner is asked by the ill Unitarian minister to oversee a wedding in his place, Sam naturally agrees. It's not until the couple stands before him that he realizes they're two women. In the tempest of strong opinions and misunderstandings that follows the incident, Sam faces potential unemployment. Deeply discouraged, he wonders if his pastoral usefulness has come to an end. Perhaps it's time for a change. After all, his wife has found a new job at the library, his elder son is off to college, and the younger has decided to join the military once he graduates high school.

Sam is contemplating a future selling used cars when he receives a call from a woman in the suburban town of Hope, Indiana. It seems Hope Friends Meeting is in desperate need of a pastor. Though they only have twelve members, they also have a beautiful meetinghouse and a pie committee (Sam is fond of pie). But can he really leave his beloved hometown of Harmony?

Philip Gulley's stories are a delight and A Place Called Hope is a great beginning to this new series. With its humor and focus on small-town life and quirky characters, this story is the perfect cozy read. Fans of Philip's previous Harmony series will enjoy being reunited with Quaker minister Sam Gardner and other characters from Harmony, and new ones as well.

Although this book revolves around a Quaker minister and his congregation, I would describe it more as mainstream rather than Christian fiction, for it deals with some intense and controversial issues in an accepting and open-minded way that will make some readers uncomfortable. I don't think Philip has an agenda, though; it felt like he was merely writing his personal beliefs into the story. And that's okay, because the strengths of this book made it an enjoyable read for me - its humor, colorful characters, and Philip's great ability to bring out the eccentricities of small-town America.

Sam is an interesting character - he likes people and loves the ministry. But while ministry is rewarding, it can also be difficult - and it seemed that Sam had more than his share of difficult people to deal with on a daily basis. I liked that he was quick to admit his failings and even laugh at himself. I don't know much about the Quaker faith and found that aspect interesting also.

A Place Called Hope is a book about change - society's changing attitudes, a different personal life after their boys leave home, a change in ministry, and possibly even a career change. But at its heart is hope as Sam experiences closure and the excitement of a fresh start.

I find much enjoyment and laughter in Philip Gulley's writing and look forward to the next book in this series. Recommended to those who like to read mainstream stories about small-town life and populated with warm, quirky characters.

A Place Called Hope can be purchased online at Barnes & Noble, Books a Million, and Amazon. Book two, A Lesson in Hope, releases in 2015. 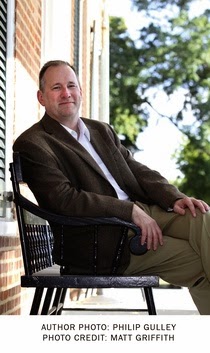 Philip Gulley, a Quaker pastor, has become the voice of small-town American life. Along with writing Front Porch Tales, Hometown Tales, and For Everything a Season, he is the author of the Harmony series of novels. Gulley lives in Indiana with his wife, Joan, and their sons. Connect with Philip online at philipgulley.com.

Thank you to Katie Connors and Center Street for providing a copy of this book in exchange for my honest review.

To enter the drawing for A Place Called Hope, simply leave a comment answering the question below. E-mail address are required for the drawing and be sure to leave them in a safe format - [at] and [dot]. If you're willing, it's also helpful to share about this giveaway on Facebook and/or Twitter.

Question:
Do you find stories with small-town settings enjoyable?