Christmas with Erma - The Christmas Pageant 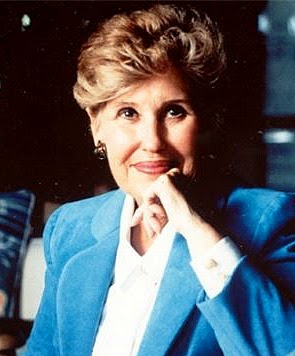 The Christmas Pageant will be a little late this year. Possibly January 23 if that date is agreeable with you.

Although an enthusiastic Pageant Committee has been at work since October, we have had some problems. To begin with, there were several on the committee who insisted on making a musical out of the Nativity story. At one point, we had the precision drill team making a "B" for Bethlehem in the background while a trio of baton twirlers marched around the stable. This idea was scratched when someone remembered batons hadn't been invented yet.

Remember how excited we were about the donation of a "live" donkey? Our custodian, Mr. Webber, does not share our excitement. Although his phrasing was a little less delicate, he intimated that if the animal was not "gym-floor trained" by January 23, we could jolly well go back to papier-mâché. He also said (this is quoted out of context) that the smell of the beast wouldn't be out of the auditorium in time for the Lions' annual Chili Supper next May.

We have had a few casting problems to plague us. I had to award the Mary, Mother of Jesus, role to Michael Pushy. (His parents donated the donkey.) Michael refused to wear a wig, which might be a little confusing to the audience, but I'll make a special note on the program. I've had great pressure from Mrs. Reumschusser. It seems her son, Kevin, is a Ted Mack Amateur Hour loser who plays "Rudolph the Red-Nosed Reindeer" on the spoons. I am using him at intermission.

The costumes didn't arrive until three days ago from the Beelzebub Costume Company of New Jersey. There was obviously an error. Instead of thirty Roman soldier uniforms, there were thirty pink suede bunny leotards with matching ears. It was quite apparent to me that after I had tried a few on our "little people," this was not our order. Miss Heinzie and myself couldn't help but speculate that somewhere there is a tired businessman with a Roman soldier sitting on his lap.

The shop department is not yet finished with the special scaffold for parents wishing to take pictures and record the program. We felt this necessary after Mr. Happenstance's accident last year when he panned in too closely and fell into the manger.

I hate to ask, but could you please do something diplomatic with Mrs. Ringading? She has threatened the refreshments committee with her traditional whiskey balls and rum cookies. You know what a fire hazard they created last year.

In view of the fact that two of our shepherds have diarrhea, we respectfully request the Pageant be postponed until January 23 or after.