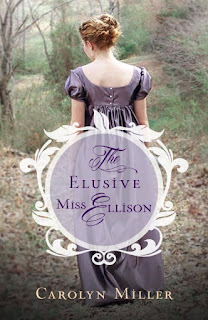 Handsome appearance counts for naught unless matched by good character and actions.

That's the firm opinion of not-so-meek minister's daughter Lavinia Ellison. So even though all the other villagers of St. Hampton Heath are swooning over the newly returned seventh Earl of Hawkesbury, she is not impressed. If a man won't take his responsibilities seriously and help those who are supposed to be able to depend on him, he deserves no respect from her. In Lavinia's pretty, gray eyes, Nicholas Stamford is just as arrogant and reckless as his brother-who stole the most important person in Livvie's world.

Nicholas is weighed down by his own guilt and responsibility, by the pain his careless brother caused, and by the legacy of war he's just left. This quick visit home to St. Hampton Heath will be just long enough to ease a small part of that burden. Asking him to bother with the lives of the villagers when there's already a bailiff on the job is simply too much to expect.

That is, until the hoydenish, intelligent, and very opinionated Miss Ellison challenges him to see past his pain and pride. With her angelic voice in his head, he may even be beginning to care. But his isn't the only heart that needs to change.

These two lonely hearts may each have something the other needs. But with society's opposition, ancestral obligations, and a shocking family secret, there may be too many obstacles in their way.

Fans of Georgette Heyer, Lori Wick, and Julie Klassen will enjoy the spirited exchanges between the bluestocking minister's daughter and the bruised war hero as they move past pride and presumption to a humbled appreciation of God's grace and the true strength of love.

I thoroughly enjoyed Carolyn Miller’s debut novel, The Elusive Miss Ellison. The Regency romance is one of my favorite genres – and while many reviewers allude to Jane Austen, my love for this genre is entirely due to the prolific writing of Georgette Heyer. The Elusive Miss Ellison is well written with a vivid sense of place and period authenticity, and blends Heyer’s witty dialogue with a strong foundation of faith.


“Do you not wish to feel accepted and appreciated, to know that your life has purpose and meaning?” - Lavinia
Her words struck his heart like hammer on anvil, forbidding speech. How could she know the driftless state of his heart?

Beneath all the witty repartee, manners and social status is a story of humility, forgiveness, and the vastness of God’s grace. Nicholas and Lavinia are well-drawn, with a complexity beneath the surface. Nicholas had a war background that showed remarkable character, courage, leadership, and compassion, yet those qualities were missing in the new Earl of Hawkesbury. Lavinia had a deep faith and concern for the poor, yet she struggled with a pride and unforgiveness that “until it is destroyed, we cannot see clearly” (Nicholas). Both of these characters are flawed and have a spiritual journey to make. There’s plenty of romantic tension and I especially liked that they had a lot of screen time together.

The Elusive Miss Ellison is exactly what a Regency should be and I eagerly anticipate book #2, The Captivating Lady Charlotte, which releases in June.

Recommended to all who enjoy Christian Regency romances. 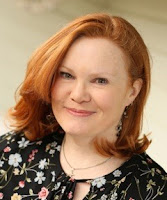 Carolyn Miller lives in New South Wales, Australia, with her husband and four children. A longtime lover of Regency romance, Carolyn's novels have won a number of RWA and ACFW contests. She is a member of American Christian Fiction Writers and Australasian Christian Writers.


Regency romance fans have another must-read novel to add to their lists: Carolyn Miller's The Elusive Miss Ellison. Enjoy the spirited exchanges between the bluestocking minister’s daughter and the bruised war hero as they move past pride and presumption to a humbled appreciation of God’s grace and the true strength of love. These two lonely hearts may each have something the other needs. But with society’s opposition, ancestral obligations, and a shocking family secret, there may be too many obstacles in their way.

Settle in for a cozy night of reading with a cuppa and a Kindle from Carolyn!

One grand prize winner will receive:

Enter today by clicking the icon below, but hurry! The giveaway ends on March 22. The winner will be announced March 23 on the Litfuse blog.