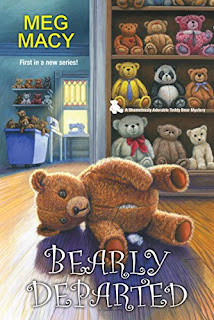 The Silver Bear Shop and Factory might be the cutest place around, but there’s nothing warm and fuzzy about murder . . .

As manager of the family teddy bear shop and factory, thirty-one-year-old Sasha Silverman leads a charmed life. Well, except for the part about being a single divorcée with a ticking biological clock in small-town Silver Hollow. And that’s just kid’s stuff compared to Will Taylor, the sales rep who’s set on making drastic changes to the business her parents built from scratch—with or without Sasha’s approval . . .

But before Will digs his claws in, someone pulls the stuffing out of his plan . . . and leaves his dead body inside the factory. Reeling from shock, Sasha’s hit with more bad news—police suspect her hot-tempered Uncle Ross may have murdered him. Sasha knows her uncle would never do such a thing, and she’s launching her own little investigation to expose the truth. As she tracks Will’s biggest rivals and enemies for clues, Sasha can’t get too comfy—or she’ll become the next plaything for a killer . . .

Bearly Departed begins an adorable new cozy mystery series by Meg Macy. It had strengths and weaknesses, but I enjoyed this story overall and think the series holds lots of promise.

Silver Hollow – a small town outside of Ann Arbor, Michigan – is a delightful setting that feels so real that I’d love to visit it. And nothing could be more engaging than the family-owned teddy bear gift shop and factory managed by Sasha Silverman. There’s plenty of characters, family dynamics, and red herrings to hold interest. Sasha’s Uncle Ross is one of my favorite characters, and the mention of his ex-wife coming to work in the shop at the end sounds like a fun theme for the next book.

There are a few things I wish had been different … Maybe it was just me, but a lot of people were introduced in a short space of time – Sasha’s family, factory workers, and village people. There wasn’t much character depth and I had trouble keeping them straight (a cast list and description at the beginning would have been very helpful). Secondly, while the storyline was interesting, detail slowed the action down. More conversation and action would have been great. There wasn’t much profanity, but even a little is a turn off for me. And most importantly of all, it was the teddy bear business that attracted me to this book and I wanted much more of it. In fact, one of my favorite parts was Sasha giving a group tour of the factory in the early pages. Between the shop, community-related events, and families buying the bears, a lot of interest could be created.

I enjoyed Bearly Departed overall and would like to see how the series develops. 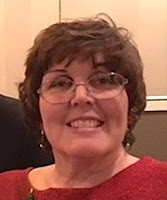