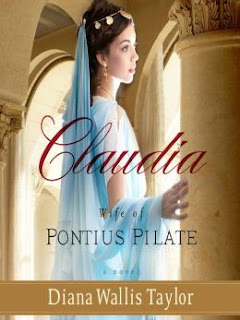 Set in the world of marbled palaces, dusty marketplaces, and idyllic Italian villas, Claudia, Wife of Pontius Pilate by Diana Wallis Taylor is excellent biblical fiction that combines impeccable research and a flair for drama and romance. Claudia, a woman who warrants only a passing mention in one of the Gospel accounts, is brought to life in this story of intrigue and faith that spans the time from A.D. 24 to the persecution of Christians under Caligula.

Claudia's life did not start easily. The illegitimate daughter of Julia, reviled and exiled daughter of Caesar Augustus, Claudia spends her childhood in a guarded villa with her mother and grandmother. When Tiberius, who hates Julia, takes the throne, Claudia is wrenched away from her mother to be brought up in the palace in Rome. The young woman is adrift-until she meets Lucius Pontius Pilate and becomes his wife.

When Pilate is appointed Prefect of the troublesome territory of Judea, Claudia does what she has always done: she makes the best of it. But unrest is brewing on the outskirts of the Roman Empire, and Claudia will soon find herself and her beloved husband embroiled in controversy and rebellion. Might she find peace and rest in the teaching of the mysterious Jewish Rabbi everyone seems to be talking about?

"To the women who,
with love, finesse, and courage,
stand behind their man,
even in adverse circumstances."
Diana's dedication embodies the character of Claudia, wife of the infamous Pontius Pilate. I liked that this marriage arranged by Tiberius became a love match, and that Claudia exhibits the biblical qualities of a godly wife.  Diana writes: "Due to what she has experienced, Claudia becomes a strong woman, one who must temper the personality of Pontius Pilate as he makes blunder after blunder as governor of Judea."
The only mention of Pilate's wife is in Matthew 27:19:  "While Pilate was sitting on the judge’s seat, his wife sent him this message: 'Don’t have anything to do with that innocent man, for I have suffered a great deal today in a dream because of him.'" Claudia, in her efforts to learn more about the Jewish people over which her husband governs, becomes what we would call a "seeker" - learning first through her gardener, Jeremiah, and then through her friendship with Joanna, wife of the palace steward.
Judea was a volatile province, and Lucius always seemed to be caught in the middle between the Jews he governed and the Roman emperor he served. Diana does a good job at fleshing out his character, showing a tender side in contrast to the ruthless leader. I liked how he saw through the Jewish priests: "They are like fat rams, bullying and denying their own people, while they wear fine clothing and live in luxury themselves."
Historical accounts differ on how Pilate died, but Diana writes in a note at the end:  "Much speculation exists about whether Pilate became a believer. There is an Orthodox church named for him, so I would like to believe that he finally realized who Jesus was and that he was forgiven."
Scenes and characters from scripture are seamlessly included, a feature that I liked. Biblical fiction can vary in quality, but it is a genre that I enjoy and Diana does an excellent job in writing it, combining both emotion and historical detail. I recommend this book to all who enjoy inspirational fiction. 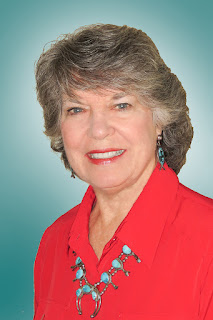 Diana Wallis Taylor
Diana Wallis Taylor is the author of the novels Journey to the Well, Martha, and Mary Magdalene and lives in California. Find out more at www.dianawallistaylor.com.
Available June 2013 at your favorite bookseller from Revell, a division of Baker Publishing Group.
This book was provided by Donna Hausler and Revell in exchange for my honest review.
Posted by Carole at 7:29:00 PM