Review: Whispers from the Shadows 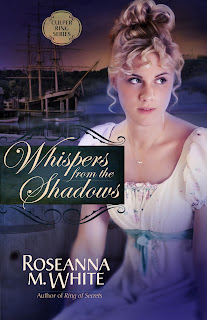 Whispers from the Shadows by Roseanna M. White is book 2 in the Culper Ring series, taking place 35 years after the wonderful Ring of Secrets. The setting is the Chesapeake Bay area during the year of 1814, as the British begin their march on Washington and Baltimore, and the focus is on the Culper spy ring that was initially formed during the Revolutionary period.  It is a story where things aren't always as they seem - family can become the enemy, while enemies prove to be true friends. Whispers from the Shadows combines elements of history, romance and intrigue with well-woven spiritual themes, and it is a story that I am glad to recommend.

1814—England and America are again at war. Sudden and implacable treachery causes Gwyneth Fairchild’s world to crumble in a moment’s time. The daughter of a British general, she barely saves her life by fleeing London aboard a ship bound for America. Her goal is to find refuge with the Lane family in Maryland. Yet after meeting the Lanes’ son, Thaddeus, Gwyn wonders how safe she is. For she discovers that this family trades in a dangerous commodity—espionage.

Thad Lane is a prominent citizen in the city of Baltimore. He has the ear of everyone, and he is in a unique position to pass on to leaders of government exactly what he hears. Not long after the beautiful and British Gwyneth Fairchild finds safe haven in his community, he experiences the tug of love, though he fears it may blur lines of loyalty.

In the end, with the British advancing relentlessly on Baltimore, Thad and Gwyn have to trust in their shared faith in God to be a shield about them. To give them a future and a hope.

I'm unashamedly a fan of historical romance, but Whispers from the Shadows is that and so much more. Roseanna has a great gift for storytelling and characterization. From a historical standpoint, she has done her research well, focusing in this second book on the War of 1812, a war that doesn't get much fictional attention. The whole series seems well thought out and planned; in fact, I can't imagine how much time Roseanna put into her research.

Thad is a great hero, a man who cares deeply about the people of America:  "The farmers and merchants and smithies all laboring to build a legacy for their offspring. The fishermen who could weave a yarn like no other, the trappers who had explored the great unknown to the west, the lawyers who philosophized on what their land could be with the proper guidance. The strangers who could someday be friends." And he understands that this war is about revenge for the Revolution, about hatred.

"What a terrible thing was this war."
- Gwyn

The Culper spy ring is fascinating because of its composition - ordinary people wanting to help their country - and how successful it was. It is a joy to see an older, but very happy, Bennet and Winter from Ring of Secrets - Bennet with his arsenal of chemicals and Winter with her experience with codes. Winter even pulls her famous "clueless" stunt on one occasion. I loved her line: "When one acts utterly silly, no one ever thinks to look for deeper motives."

The romance between Thad and Gwyn is my kind of romance, very tender, sweet and real.  I also loved the deep friendship and camaraderie between Thad and Alain Arnaud, which only grew stronger out of past heartbreak and their ability to be open and honest. 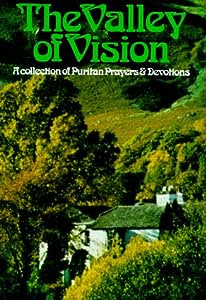 
Gwyn's journey from relying on Thad and turning to the true source reminds me of the beautiful passage from Psalm 121: "I lift up my eyes to the mountains—where does my help come from? My help comes from the Lord . . ." And Gwyn discovers that God's path can be found in the most unlikely people and places.

On a purely human side and along with a lot of other fans, I hated to see General Fairchild die - this is not a spoiler; it happens in the first few pages - but his death is a necessary plot vehicle for everything else that happens. While this book can stand alone, readers really need to begin with Ring of Secrets for a greater understanding of how everything fits together.

I greatly enjoyed Whispers from the Shadows and highly recommend it to all readers. Thank you, Roseanna, for giving me the opportunity to review this book. I eagerly await the next novel, Circle of Spies, which releases in April 2014.


Roseanna writes:  "What I love about the Culper Ring is that they weren’t specially-trained spies. No James Bonds or Jason Bournes. No action heroes with razor-sharp instincts. They were just people like you and me. People who changed the world by actively looking for a way to help their neighbors, their compatriots, their country."

In the first two books of this series, Roseanna draws from a collection of Puritan prayers and devotions that I often use for meditation and highly recommend, The Valley of Vision, edited by Arthur Bennett.

General Fairchild gets his story in Fairchild's Lady, the free bonus novella that immediately follows book 1 in the series.

My review of Ring of Secrets is here.

To learn more about Roseanna and her books, visit roseannawhite.com.

This book was provided by Harvest House Publishers and Roseanna M. White in exchange for my honest review.
Posted by Carole at 4:34:00 PM