Review: A Season of Change 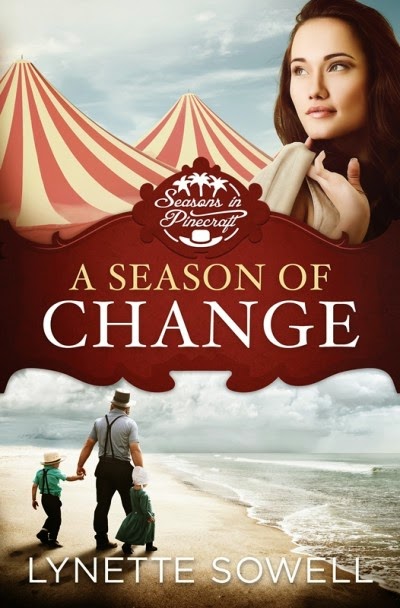 A Season of Change
By Lynette Sowell
Seasons in Pinecraft #1
Abingdon, 2014

Amish widower Jacob Miller believes it was a mistake to visit the Amish village of Pinecraft for winter vacation, especially after his daughter is struck by a car. Stranded in Sarasota until his daughter recovers, Jacob grows increasingly wary of events that unfold in his unfamiliar surroundings---including the strange curiosity of Englischer Natalie Bennett.

Natalie never thought her circus career as an aerial silks artist would end with a blown-out knee at the age of 25. She also never knew her late mother had a secret---that she was once Amish.

When Natalie meets the Millers at the Sarasota hospital, she is attracted to their warm hospitality and simple ways---and soon wonders if they can help her find her mother's family. As Jacob and Natalie fall in love, their worlds collide. Will their differences tear them apart? Or will their love be strong enough to blend their clashing cultures? 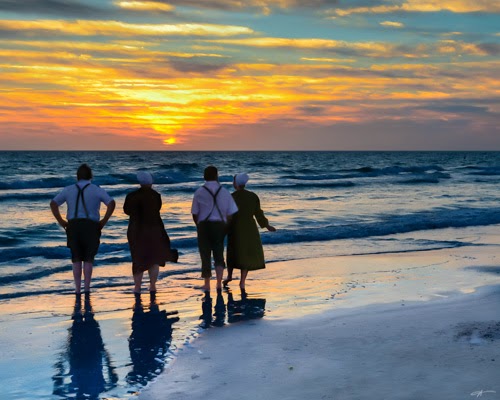 A Season of Change, book #1 in Lynette Sowell's "Seasons in Pinecraft" series, is different from most Amish fiction that I've read, very original, and I really enjoyed it. This is the first book I've come across that is set in the Pinecraft Village in Sarasota, Florida, a real place where thousands of Amish and Mennonites from across the country come to vacation during the winter, and I was intrigued by it. Evidently rules are relaxed somewhat, almost with a Vegas-like attitude of "what happens in Pinecraft stays in Pinecraft." Lynette also infuses local flavor with actual places and events like Troyer's Restaurant, Big Olaf's Creamery, Emma's Village Pizza, Siesta Key beach, and the Haiti Benefit Auction.

And then there's Jacob and Natalie, a couple with such insurmountable odds of ever getting together that I kept turning the pages to see how Lynette would work things out. Jacob is an Amish widower - a proud man, able to give, reluctant to receive. That's a trait I could relate to, for I find it much easier to do for others than to be on the receiving end. And readers will fall in love with his precious children, Rebecca and Zeke.

Natalie is an Englischer, a retired circus performer who teaches aerial silks. She dreams of having a family of her own, but is not ready to become Amish. "I'm afraid I would start to resent not having conveniences, because I don't think they're evil and a distraction in themselves. He won't change, and I can't." But we see Natalie's faith grow throughout the story - first as she joins an Amish prayer circle and is "rattled to the core" by their calm acceptance of Rebecca's accident, and then later at the Haiti Benefit Auction, "a testimony to what a varied group of people could accomplish when they set their minds and hearts to work together." 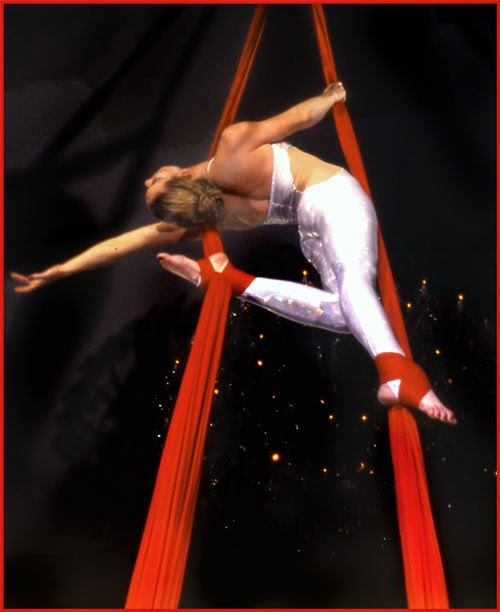 
There are also several secondary characters that I enjoyed - Jacob's Mammi; Imogene, Natalie's ex-Amish friend who still believed in simple and Plain living; Henry, Jacob's employer who shared his faith in Jesus and grace; and Katie, Jacob's sister-in-law who was accepting of Natalie. Questions are asked, with no easy answers, another aspect that I enjoyed.

A Season of Change is a sweet, cozy, character-driven novel that fans of Amish fiction should enjoy. I liked the ending and thought it had a realistic feel to it. I don't know where Lynette is going in the second story, but I hope to be along for the journey.

A Season of Change can be purchased online at Amazon, CBD, DeeperShopping, and B&N. 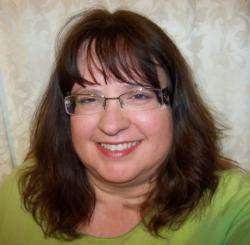 Lynette Sowell was born in western Massachusetts in the shadow of the Berkshire Mountains, raised on the Eastern Shore of Maryland, and now makes her home on the doorstep of the Texas hill country. The award-winning author of more than fifteen titles, Lynette loves reading, cooking, watching movies, and is always up for a Texas road trip. When not writing fiction, she works in medical transcription and is a freelance writer and columnist for her local newspaper.


In A Season of Change, book one of Lynette Sowell's new series, Seasons of Pinecraft, readers will discover a different side of the Amish community. A Season of Change follows Natalie and Amish widower Jacob Miller as they each discover the mysterious ways God works. Inspired by the image of a Plain woman sitting on a three-wheeled bicycle by the Pinecraft (an Amish community in Florida) post office, Sowell’s latest is a new take on the popular trend in fiction.

Lynette is celebrating with a Kindle Fire HDX giveaway and a Facebook author chat party on June 12th.

One winner will receive:
Enter today by clicking one of the icons below. But hurry, the giveaway ends on June 12th. Winner will be announced at the A Season of Change Facebook author chat party on June 12th. Connect with Lynette for an evening of fun book chat, Amish-themed trivia, and prizes. Lynette will also be answering audience questions and giving an exclusive look at the next book in the Seasons of Pinecraft series!

So grab your copy of A Season of Change and join Lynette on the evening of June 12th for a chance to connect and make some new friends. (If you haven't read the book, don't let that stop you from coming!)

Don't miss a moment of the fun; RSVP today. Tell your friends via FACEBOOK or TWITTER and increase your chances of winning. Hope to see you on the 12th!