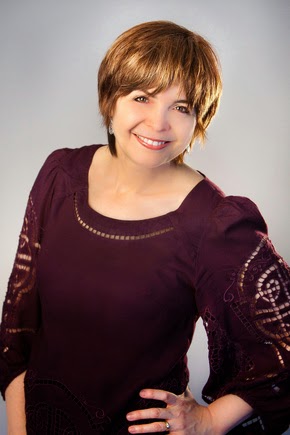 I'm so glad to welcome the delightful Beth White to The Power of Words today! In addition to being a talented writer, Beth is a fascinating person, especially when it comes to her "day job," and I believe you will enjoy getting to know a little about her.

I was initially drawn to Beth's recent release, The Pelican Bride, by its beautiful cover that promises romance - but it is so much more! Rich with fascinating historical detail about a place and time I've never read about, there's also good characterization, adventure - and, of course, romance! Please click on the title, The Pelican Bride, to see my review.

Beth is graciously giving one of you a copy of The Pelican Bride (entry details at the end of this post). Now enjoy Beth . . .

Q:  You are a very creative person and I'm fascinated by your bio, Beth. Would you please share a little about your "day job," and maybe about one student who has particularly touched you over the years?

I teach choral music at an inner-city public high school in Mobile. Though I'm classically trained, my music background is fairly eclectic. Besides standard choral literature, I have roots in Southern Gospel, marching band, Christian rock, classic rock, Broadway, and opera. Still, when I landed in an urban high school where R&B, Black Gospel, and rap is standard listening fare, there was a bit of a cultural learning curve.
Music is a universal language, though, and it has been a joyful, fascinating ride for me and my students to find all the ways we connect. One of our ongoing projects is writing an original Broadway-style musical, based on a beloved middle-grade novel, Bud, Not Buddy, by Christopher Paul Curtis. The first act of the script is written, plus lyrics to six songs, and we've set a couple of those to music. I'm determined to produce this thing within a year or two.
There are a couple of senior students this year who have been with me since they were freshmen. Asia, who is now at the top of her class academically, is pursuing classical music and opera. She has already made All-State chorus twice, county honor choir three times, and recently successfully auditioned for a community women's classical chorus, Bella Voce (which means "beautiful voice"). Asia is one of only three high school students in the group. She aspires to be either a pediatric neuro-surgeon like Dr. Ben Carson or a university music teacher! I think she could do either. The other kid I like to brag on, Donavan, leans more to the classical jazz side, along the lines of Harry Connick Jr. He's also made All-State twice, plus the All-State show choir, and county honor choir and show choir. Donavan composes his own music when he performs for talent shows and local party gigs, and when he sits down at the piano, he always attracts a crowd. We may see him on the Billboard Top 100 one of these days.
As you can tell, I absolutely adore what I do, and though it saps some writing time, I doubt I'll retire anytime soon!


Q:  How does growing up and living in the South influence your writing?

I can't not write about the South. Though I literally read everything I could get my hands on, I grew up particularly influenced by writers like William Too-Many-Words Faulkner, Harper One-Book-Wonder Lee, and Flannery Grotesque O'Conner. I dunno...maybe Southerners always feel we have to explain ourselves, describe the weirdos in our lives, make fun of our relatives. I grew up in a family of story-lovers and story-tellers. I just happen to be one who writes it down.


Q:  What are two things that most people don't know about you?

Well, I generally don't try to hide anything. It may come as a surprise to know that I really like math. I mean, I really really like it, almost became a math teacher. There's something infinitely comforting about equations that come out the same every time. Let's see...I eat the same breakfast every single day: oatmeal with brown sugar, toasted pecans and walnuts, dried apples, bacon, and cream. Again, life is so uncertain, I give myself something healthy and comforting at the beginning of the day. Okay, that's weird. Moving on... 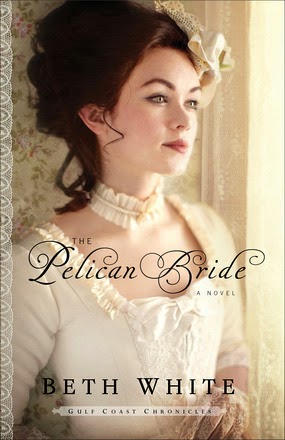 Q:  Tell us about the Gulf Coast Chronicles and the novel we're featuring today, The Pelican Bride.

What I wanted to do with the Gulf Coast Chronicles was to launch a historical series along the lines of Elswyth Thane's Williamsburg novels, a series written in the 1930's that I absolutely adore. I thought it would be fun to trace a family line from its beginnings in French Colonial Mobile, all the way to contemporary times. (Parenthetically, I didn't think about the fact that my brilliant idea was going to require historical research that would rival the hours spent on three doctoral theses.)
By the time I pitched the idea to my agent, Chip MacGregor, I'd already written and published eight contemporary novels, two historicals, and four novellas—all generally based around three different southern families, with sundry branches and a couple of outside-the-box settings. So as I developed these "new" Gulf Coast stories, I imagined the ancestors of my contemporary characters (who by now are as real to me as my own relatives) and created dramatic adventures that explained their presence in South Alabama and South Mississippi.
Genevieve Gaillain and Tristan Lanier of The Pelican Bride are the ancestors of Gillian Kincade of Tour de Force and Gabriel Lanier of Redeeming Gabriel. Genevieve is a refugee from religious persecution in France, who comes to the New World as a mail-order bride. Expatriate Tristan becomes embroiled in political machinations within the colony of New France, and marriage to Genevieve only complicates the dangerous situation. As they get to know each other, love blossoms, war with local Indian tribes explodes, and forces from nearby English colonies threaten to invade. All this is based on true events in the history of Mobile, Alabama.


Q:  In what must have been extensive research for this series, what drew you to this era/setting and did any historical facts stand out or surprise you?

I was interested in the beginnings of European presence along the Gulf Coast. I'd studied the French colonial era a bit in the process of writing an earlier novel, and found the personalities of the LeMoyne brothers both fascinating and mysterious. So I figured out a way to tie my fictitious hero to the adventures of Jean-Baptiste LeMoyne, Sieur de Bienville. Tristan became a cartographer (mapmaker) with some serious objections to the treatment of indigenous peoples, but simultaneous loyalty to his French-Canadian heritage. I think what surprised me, as I studied contemporary writings, was the amount of controversy surrounding the commander's leadership style. Bienville was both loved and despised by his peers and subordinates. Great fun to imagine the implications for establishing a colony that managed to survive to 21st Century Alabama.


Q:  Religious intolerance plays a big part in The Pelican Bride. What are your thoughts about this, and do you think it's something that will ever end this side of heaven?

In a word, no. 21st Century Evangelicals (and I consider myself one) tend to make heroes of the Reformists who broke away from the Catholic Church in the late 17th Century...but there's always a danger of taking our convictions into the territory of error, if not terrorism. I've had readers/reviewers critically "ding" me for refusing to take a stance on who was right, but I prefer to let my characters experience, and work through, the complications of interpreting Scripture and following Christ in the real world. I mainly want readers to think, for example: what would I do if I were in Genevieve's situation?


Q:  What stories can readers expect from you in the days ahead, Beth?

The next book in the Gulf Coast Chronicles, The Creole Princess, will release in spring of 2015. Genevieve and Tristan's great-granddaughter, Lyse Lanier, comes of age during the American Revolution and falls in love with a young Spanish merchant/spy named Rafael Gonzales. American history has pretty much ignored the influence of Spanish aid to the Patriots, and the importance to American independence of the action and intrigue between England and Spain along the Gulf Coast between 1776-1781. I took it upon myself to bring all that to light—plus, Lyse and Rafael have this great chemistry, and Rafael is a hoot...
Currently I'm in the early stages of writing the third book in the series, The Duchess of Navy Cove. The War of 1812, though a somewhat forgotten era in American history, pretty much determined whether we remained a sovereign nation or allowed ourselves to be plugged back into Britain. The last battle of that war, the Battle of New Orleans, featured some fascinating characters like Andrew Jackson...and of course my Mobilian Gonzales and Lanier families!


Q:  How can we support and/or pray for you, Beth?

This is such a comforting question. Anybody who reads this is humbly requested to pray for my ministry and work among the teenagers of LeFlore High School—that I would love them, teach them discipline, and model a walk with Christ. Also, prayers for continued writing creativity and focus in shortened time constraints would be greatly appreciated.

Thanks for this opportunity to interact with you and your readers, Carole. I wish you every blessing in your own writing and ministry. Anyone who wishes to, can find me at bethwhite.net.

To enter the drawing for The Pelican Bride, simply answer the following question that I asked Beth. E-mail address are required for the drawing and be sure to leave them in a safe format - [at] and [dot]. If you're willing, it's also helpful to share about this giveaway on Facebook.

Question:
What is something that most people would be surprised
to learn about you?