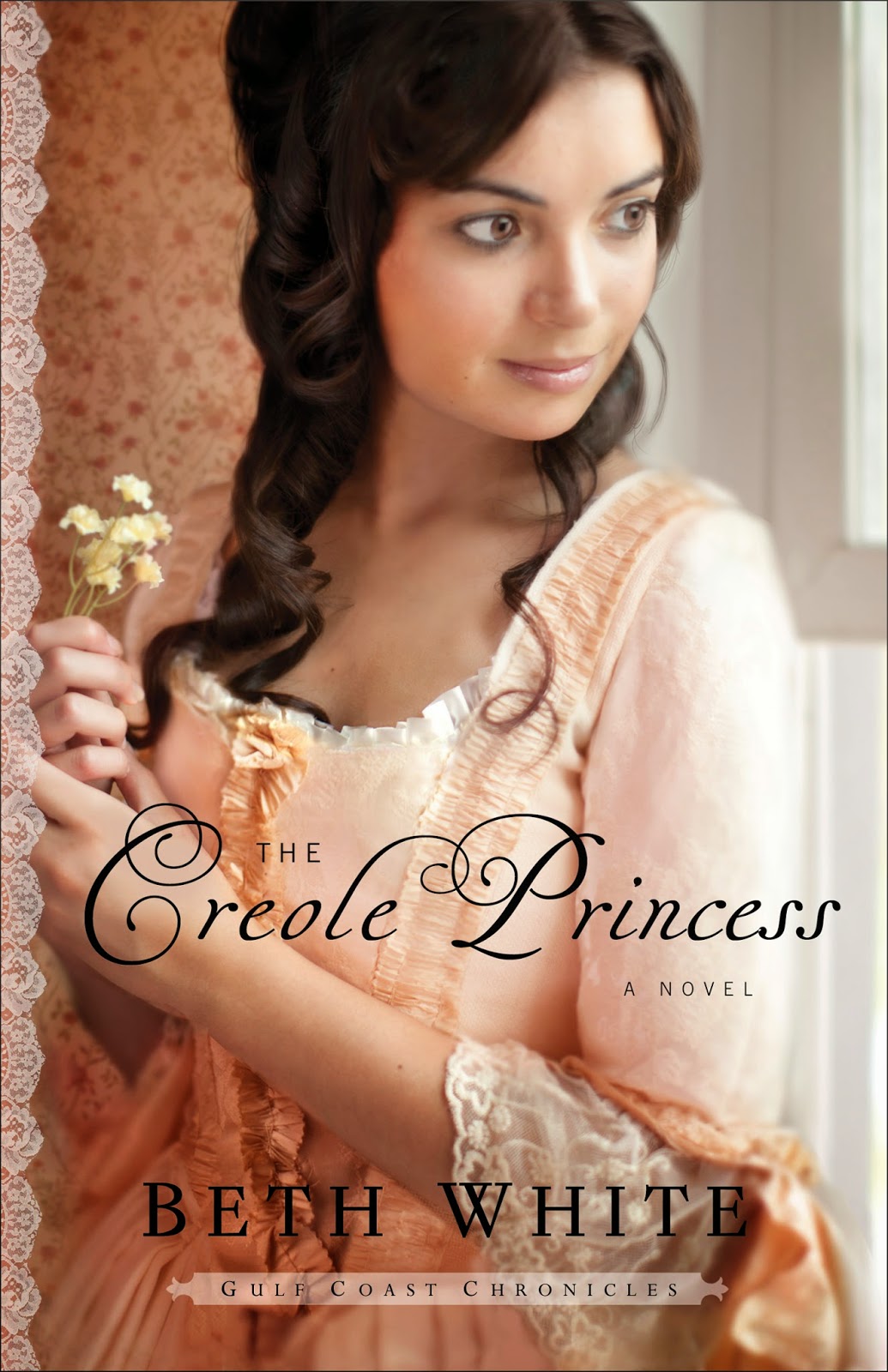 Torn between loyalties to family and flag, one young woman is about to discover that her most important allegiance is to her heart.

It is 1776, and all along the eastern seaboard the American struggle for independence rages. But in the British-held southern port of Mobile, Alabama, the conflict brewing is much quieter--though no less deadly.

Lyse Lanier may be largely French in heritage, but she spends most of her time in the company of the ebullient daughter of the British commander of Mobile. When a charming young Spanish merchant docks in town, Lyse is immediately struck by his easy wit and flair for the dramatic. But is he truly who he makes himself out to be? Spies abound, and Spain has yet to choose a side in the American conflict. Is Lyse simply an easy mark for Rafael Gonzalez to exploit? Or are his overtures of love as genuine as Spanish gold?

With spectacular detail that brings the cultural gumbo of the Colonial Gulf Coast alive, Beth White invites you to step into a world of intrigue and espionage from a little-known slice of the American Revolutionary War.

Rich with historical detail, diverse culture, vivid sense of place, and one of the most enchanting romances ever, The Creole Princess by Beth White is the perfect historical romance. At times I read quickly, eager to see what would happen - but most often I read slowly, not wanting to miss a single nuance Beth incorporated into this exquisite narrative.

I've always heard that authors should write about what they know, and Beth has certainly done that here. Extensive research can result in great knowledge of the subject, but when I read the books in this series, I feel Beth's love and passion for the Gulf Coast area in which she lives, as well as its history.  Even French pastries were mentioned, and I'm dying for a taste of the beignets that Rafa and Lyse frequently enjoyed. (Visit Beth's Pinterest board for some great images of setting and costumes).

The Creole Princess spans four years of America's fight for independence, 1776 to 1780, but our glimpse into this struggle comes through the lens of the Gulf Coast region, from Florida to the eastern coast of Texas. I thought I knew a good bit about the Revolutionary War era, my favorite period of history, but this story incorporates much that is unfamiliar and I found it fascinating. According to Beth's excellent background information at the end, this coastal area saw heavy involvement from Britain, France, and Spain, with Spain's great contribution to the war only recently coming to light.


Lyse and Rafa are strong, appealing characters that readers will long remember. Lyse, daughter of a freed slave and a drunken fisherman, carries the blood of both slave and aristocrat and exemplifies the complexity of the Gulf Coast culture, for she "had grown up in the rather amorphous class of not-black, not-white, not-Indian, but a strange hybrid of all three." Lyse is a descendant of Tristan & Geneviève Lanier from book #1, The Pelican Bride - and while The Creole Princess can stand alone, a better feel for setting and culture will be gained by reading the series in order.

With his courage, love for adventure, tenderness, and humorous spirit, Spanish merchant Rafa goes on the list of my favorite leading men. His goofiness, fun loving and carefree ways mask a deep intelligence and strength of purpose, hinting at hidden depths few have seen. I loved how Rafa and Lyse have an instant connection and their romance grows in a steady and realistic way through their encounters over the years. There are some great scenes to enjoy, Lyse's evening with Rafa at Madame Dussouy's salon being one of my favorites. While historical elements are stronger than in many books of this genre, Rafa and Lyse drive the story and romance fans will greatly enjoy their chemistry.

It always baffles me how a nation fighting for its own freedom could, at the same time, enslave another group of people. Race, prejudice, slavery, and divided loyalties all play major parts in this story through a rich cast of characters, and are skillfully handled by Beth.  I liked how Lyse held tightly to the Christian faith passed on by her grandmother and "believed the Bible's assumption that all men and women - slave and free, male and female, all nationalities and cultures - were equal in value under God. It was a new concept, however, to imagine that intrinsic value functioning in political and everyday practice."

I can't leave without sharing a couple of great "one liners" from two very wise characters. To Lyse's cousin, Scarlet, Blackberry warns, "You a servant to hatred, and that's the bitterest slavery of all." And as Lyse reflects on the merit of a British soldier's romantic interest, Joony advises, "If you got a man never disagrees with you, one of you ain't necessary."

I enjoyed every minute spent reading The Creole Princess and highly recommend it.

Click on the title to see my review of the first book in this series:  The Pelican Bride


Beth White's day job is teaching music at an inner-city high school in historic Mobile, Alabama. A native Mississippian, she is a pastor's wife, mother of two, and grandmother of one--so far. Her hobbies include playing flute and pennywhistle and painting, but her real passion is writing historical romance with a Southern drawl. Her novels have won the American Christian Fiction Writers Carol Award, the RT Book Club Reviewers Choice Award, and the Inspirational Reader's Choice Award.

Thank you to Revell for providing a copy of this book in exchange for my honest review.
Posted by Carole at 9:52:00 PM