Review: The Body under the Bridge 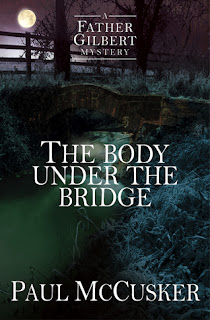 The Body under the Bridge
By Paul McCusker
Father Gilbert Mystery, #1
Kregel/Lion Hudson, 2015

A former Scotland Yard detective, Father Gilbert knows about death. But, now a priest of a modest Anglican church in the small town of Hailsham, he didn't expect it to show up like this--in the suicide of a man who threw himself off the church tower, and in the discovery of a two-hundred-year-old body beneath an ancient bridge.

The deaths are linked. The mummified corpse under the bridge, a murder victim, reignites a centuries-old battle between two local families--the Todds and the aristocratic Hayshams. Then both David Todd and Lord Haysham begin to act strangely, fearful for reasons they won’t explain.

When Lord Haysham is murdered, David Todd is the prime suspect. But Todd is maniacal, claiming great forces of evil are at work. An entire history of violence and depravity begins to emerge, interweaving the history of several local families with a secret occult society that engages in Black Masses. Has the Society emerged again?

I found The Body under the Bridge to be an intriguing read – pretty much out of my comfort zone, but really good. Paul McCusker’s writing is excellent, characters are very well developed, and the plot not only entertains, but gives readers much upon which to reflect from a spiritual standpoint.

I doubt anyone loves small-village English settings for cozy murder mysteries and police procedurals as much as I do – and with the “amateur” detective of Father Gilbert, that’s exactly what I was expecting. Indeed, Paul McCusker does the small-village setting extremely well. But while this story has the picturesque setting of Stonebridge in Sussex, England, there were a few surprises along the way. Foremost of these was the paranormal element – a secret Society, pentagram symbol, the unmistakable presence of evil, an ancient curse, and demon possession. Amidst all this, Paul injects a subtle humor that I thoroughly enjoyed.

I found Father Gilbert to be a very appealing character. At some point in the past, he resigned his position with Scotland Yard to become an Anglican priest, and as such, brings a unique combination of investigative skills and spiritual intuition. This book is preceded by nine Father Gilbert Mysteries produced as audio dramas by Focus on the Family, and I imagine more of his back story can be found in these programs.

Father Gilbert has fascinating visions that are unexplainable, vivid scenes that he perceives to be real, and are relevant to events that are about to unfold. I don’t presume to understand anything about spiritual warfare, yet I know that Satan is constantly at work, seeking to destroy, and that spiritual warfare is very real. Father Gilbert sees evil as a personal and supernatural force – and that the powerful motivators of greed, power, lust, and glory have always been and always will be in play.

I appreciated how strong the spiritual themes were throughout, one particular example being the struggle with temptation that we all face, reflected in Father Gilbert’s words:  “The line between temptation and action was razor thin and easily passed over without resistance, control, or reasoning. Deliver us from evil… that I so readily embrace.”

Paranormal is a genre I almost always avoid, yet I enjoyed this mystery and hope to read more of Father Gilbert’s stories. Highly recommended.

Paul McCusker is the creative content director for Focus on the Family. He has been a writer of fiction, nonfiction, and drama since 1979. His work includes over forty published novels, full-length plays, dramatic sketch collections, and song lyrics. For the Adventures in Odyssey series alone, he has written over 200 half-hour radio episodes, eighteen novels, and two screenplays for the best-selling animated videos.

He has dramatized many classics for Focus on the Family Radio Theatre, including A Christmas Carol and Jan Karon's At Home in Mitford. He also wrote and directed the Peabody Award–winning Bonhoeffer: The Cost of Freedom and created the highly acclaimed Father Gilbert Mysteries series.

Paul lives in Colorado Springs, Colorado, with his wife, Elizabeth, and their two children. Find Paul online at www.paulmccusker.com, Facebook, and Goodreads.

Thank you to Kregel/Lion Hudson for providing a copy of this book in exchange for my honest review. 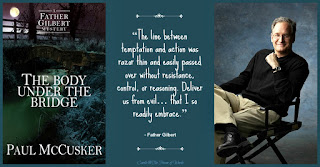