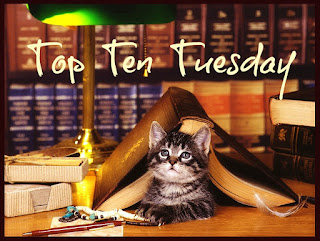 Lyrics that would make interesting books

Another fun theme from these imaginative folks! This week’s theme is about music . . . specifically, songs that I think would make interesting books. That topic makes me think of ballads. These songs were all popular in my teenage years and I still enjoy them today. (Click on titles for YouTube viewing.)


The MTA (The Kingston Trio)
Whether it was the Kingston Trio, Brothers Four, or New Christy Minstrels, folk music was and continues to be one of my favorite musical genres. The MTA tells of a man named Charlie trapped on Boston's subway system, then known as the Metropolitan Transit Authority (MTA). The song was originally recorded as a mayoral campaign song for Progressive Party candidate, Walter A. O'Brien.

Well, let me tell you of the story of a man named Charlie
On a tragic and fateful day
He put ten cents in his pocket, kissed his wife and family
Went to ride on the MTA

Charlie handed in his dime at the Kendall Square station
And he changed for Jamaica Plain
When he got there the conductor told him, "One more nickel"
Charlie couldn't get off of that train

Now, ye citizens of Boston, don't you think it's a scandal
How the people have to pay and pay?
Fight the fare increase, vote for George O'Brian
Get poor Charlie off the MTA


Reuben James (Kenny Rogers)
Reuben James, which tells the story of a share cropper and the white child he befriended, was the first song I ever heard by Kenny Rogers and is still my favorite of his.

Reuben James, in my song you’ll live again
And the phrases that I rhyme
Are just the footsteps out of time
From the time when I knew you Reuben James

The gossip of Madison County died with child
And although your skin was black
You were the one that didn’t turn your back
On a hungry white child with no name, Reuben James


The Long Black Train (Josh Turner)
Just watch this video and imagine what stories it could inspire!

There's a long black train comin' down the line
Feeding off the souls that are lost and cryin'
Rails of sin, only evil remains
Watch out, brother, for that long black train

Three coins in the fountain
Each one seeking happiness
Thrown by three hopeful lovers
Which one will the fountain bless?


Ballad of a Teenage Queen (Johnny Cash)
Girl in love with the boy next door…enticed by all that Hollywood offered…realizes her mistake…comes back to boy next door. Now isn’t that the perfect romance storyline?

He would marry her next spring
Saved his money, bought a ring
Then one day a movie scout
Came to town to take her out
Hollywood could offer more
So she left the boy next door working at the candy store

Now this story has some more, you'll hear it all at the candy store


Healing Rain (Michael W. Smith)
To be washed in Heaven’s rain...This video gives me chills. Watch it if you have time. Imagine a book filled with stories of grace, forgiveness and hope!

Healing rain is coming down
It's coming nearer to this old town
Rich and poor, weak and strong
It's bringing mercy, it won't be long

Healing rain is coming down
It's coming closer to the lost and found
Tears of joy, and tears of shame
Are washed forever in Jesus' name

And only You, the Son of man
Can take a leper and let him stand
So lift your hands, they can be held
By someone greater, the great I Am

Healing rain, I'm not afraid
To be washed in Heaven's rain


So many other songs came to mind after I finished this post – like Ode to Billie Joe by Bobbie Gentry, Strangers in the Night by Frank Sinatra. What are some of your ideas? 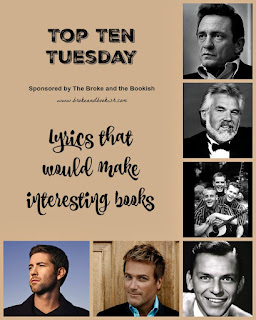