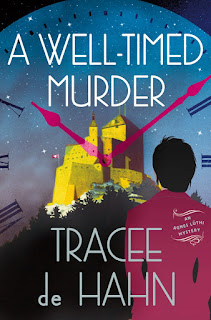 Swiss-American police officer Agnes Lüthi is on leave in Lausanne, Switzerland, recovering from injuries she sustained in her last case, when an old colleague invites her to the world’s premier watch and jewelry trade show at the grand Messe Basel Exhibition Hall.

Little does Agnes know, another friend of hers, Julien Vallotton, is at the same trade show—and he’s looking for Agnes. Julien Vallotton was friends with Guy Chavanon, a master of one of Switzerland’s oldest arts: watchmaking. Chavanon died a week ago, and his daughter doesn’t believe his death was accidental. Shortly before he died, Chavanon boasted that he’d discovered a new technique that would revolutionize the watchmaking industry, and she believes he may have been killed for it.

Reluctantly, Agnes agrees to investigate his death. But the world of Swiss watchmaking is guarded and secretive, and before she realizes it, Agnes may be walking straight into the path of a killer.

Tracee de Hahn’s next mystery, A Well-Timed Murder, is another magnetic mystery that will engross readers from the opening page to the stunning conclusion.

A Well-Timed Murder is an engrossing story that reminds me of how much I enjoy traditional mysteries. Tracee de Hahn is an excellent writer, capably using her gift of words to draw readers into the Swiss culture, landscape, and competitive world of watchmaking. This is a complex story that is rich in characterization, yet easy to follow. Fascinating detail about the watchmaking industry adds depth to a haunting story that held me captive from the very beginning.

It’s always interesting to see how the police force functions in other countries, and the Swiss setting brings a unique and fresh touch to this genre. Agnes Lüthi, recovering from a previous injury and also the death of her husband, is an appealing character that I was quickly drawn to. Assigned to the Violent Crimes Unit, Agnes is intriguing, compassionate, and extremely intelligent. Some backstory is given from the first book, enough to make me determined to read it soon, but this story easily stands alone.

A Well-Timed Murder is aptly described in the summary above as a “magnetic mystery” and I couldn’t agree more. So many things call out to the reader – the victim’s family dynamics and creative genius, a boarding school where all isn’t as it should be, a red herring or two, and even possible romance. This story is impressive and I’m hooked on the series. 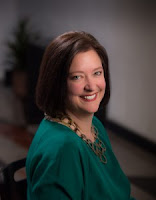 Tracee de Hahn is the author of the Agnes Lüthi mysteries, which were inspired by her years living in Switzerland. Prior to writing full time, she practiced architecture and was head of university alumni relations at a major west coast university.

Currently, she and her Swiss-architect husband live in southwest Virginia with their Jack Russell Terriers. She is a member of Sisters in Crime, International Thriller Writers and Mystery Writers of America.


A hardcover copy of A Well-Timed Murder

BE SURE to leave your name and your email address in a safe format - [at] and [dot] - for the drawing. E-mail required for entry. Contest ends at midnight PST on Thursday, February 15. Winner will be chosen by random.org and contacted by e-mail.

A Prize Package including a copy of A Well-Timed Murder (Agnes Luthi Mysteries) by Tracee de Hahn and some Swiss Swag! Contest ends February 15.

Click on the image above or the link below to enter.