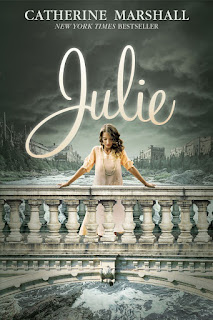 Will the dam hold?

Julie, the newspaper, and her family are thrown into a perilous standoff with the owners of the steel mills as they investigate the conditions of the immigrant laborers. As the Alderton Sentinel and Julie take on a more aggressive role to reform these conditions, seething tensions come to a head.

When a devastating tragedy follows a shocking revelation, Julie’s courage and strength are tested. Will truth and justice win, or will Julie lose everything she holds dear?

Julie by Catherine Marshall is totally different from the outstanding Christy, yet is a powerfully entertaining read in its own way. This is a character-driven story that shines the light on the Depression years in the small-town community of Alderton, Pennsylvania. It’s really a coming-of-age story of 18-year-old Julie, an idealistic young woman with the goal of being a reporter.

Several years in the writing, this novel is filled with moving and fascinating historical detail. I especially enjoyed the story of Big John, told by family friend Dean. Class divisions are vividly contrasted and we see the controlling power of big business. I found Julie to be an engrossing read and highly recommend it.  [I haven’t quite finished and will update when I do.]

I received an electronic copy of this book through Just Read Tours. The opinions expressed in this review are entirely my own. 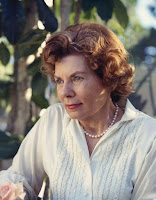 Catherine Marshall (1914-1983), “The New York Times” best-selling author of 30 books, is best known for her novel “Christy.” Based on the life of her mother, “Christy” captured the hearts of millions and became a popular CBS television series. Around the kitchen table at Evergreen Farm, as her mother reminisced, Catherine probed for details and insights into the rugged lives of these Appalachian highlanders.

(Only Gift Card open internationally. Others open to US Mailing Addresses)