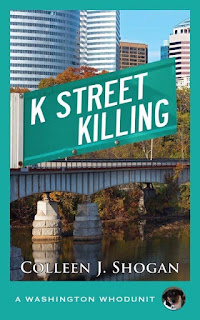 It’s the height of campaign season, and instead of relishing newlywed bliss with her husband Doug Hollingsworth, Capitol Hill staffer Kit Marshall is busy with a tough reelection fight for her boss, member of Congress Maeve Dixon. Before Maeve and her staff–Kit included–leave Washington, D.C. to campaign full time in North Carolina, they have one last fundraising engagement.

On the iconic rooftop of a restaurant overlooking the Capitol and the Washington monument, Kit and her best pal Meg do their best to woo wealthy lobbyists for sizable campaign donations. Everyone’s enjoying the evening soiree until a powerful K Street tycoon mysteriously tumbles off the rooftop. Even with claims the fall must be suicide, Detective Maggie Glass and Kit aren’t so easily convinced foul play isn’t at work.

While balancing Doug’s mid-life career crisis, Kit must spring into action to discover who killed the notorious Van Parker before Dixon’s candidacy sputters, even if it means investigating Meg’s handsome new beau, the victim’s conniving widow, and a bicycle advocate hell-bent on settling a long-standing grudge. When threatening note is left on Kit’s car, warning her to back off the investigation, she knows she’s closing in on the true story of what happened.


“Everyone’s an environmentalist until they have
to make a choice between trees and jobs.”
- Van Parker

K Street Killing by Colleen J. Shogan is an enjoyable cozy mystery with a non-traditional setting, that of the Washington political scene. Election day draws near for Kit’s boss, Maeve Dixon, but the main focus is on a powerful lobbyist, Van Parker. Series characters have developed through the previous novels, as Doug and Kit have recently married, but this story is easy to pick up on and works well as a standalone.

For me, the strength of K Street Killing is the glimpse we get into the world of political lobbyists. The author has considerable personal experience in Washington, which gives authenticity to all that goes on and the characters have a realistic feel. While I’m not a fan of the political scene, much of what Shogan writes about is fascinating. In the words of Kit … “This place is about self-preservation more than anything. Members of Congress want to remain in their seats of power. The drive for reelection makes the Capitol Hill world go round.”

The story opens at an important fundraiser for Maeve Dixon that takes place on the rooftop of an exclusive Washington restaurant, described as “a bunch of rich donors and lobbyists indulging in expensive food and drink while buying access to power.” Chief of those powerful lobbyists is the self-confident and egotistical Van Parker, who is involved in an upcoming transportation bill. The mystery around his death is well plotted; the number of suspects exactly right and the solution not easy to figure out.

The only negatives are that I longed for more character depth and complexity, for I felt that I knew more about what the characters wore than about them personally. And the story would have been so much better if the use of profanity had been omitted. It’s a clean read other than that, however, and still a good mystery overall. It will be interesting to see where the author takes Kit, Doug, Meg, and Congresswoman Dixon next. 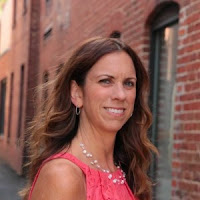 Colleen J. Shogan has been reading mysteries since the age of six. She conceived of the plot of her first mystery one morning while taking a walk in her suburban Washington, D.C. neighborhood. A political scientist, she previously worked on Capitol Hill as a legislative staffer in the United States Senate and as the Deputy Director of the Congressional Research Service. She is currently a senior executive at the Library of Congress who works on great initiatives such as the National Book Festival.

Colleen lives in Arlington, Virginia with her husband Rob and their beagle mutt Conan. She is the recipient of the Next Generation Indie Prize for Best Mystery. 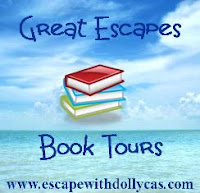