Review + Tour GIVEAWAY: Shelter of the Most High by Connilyn Cossette 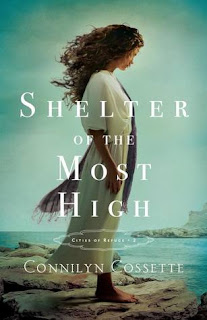 The daughter of a pagan high priest, Sofea finds solace from her troubles in the freedom of the ocean. But when marauders attack her village on the island of Sicily, she and her cousin are taken across the sea to the shores of Canaan.

Eitan has lived in Kedesh, a city of refuge, for the last eleven years, haunted by a tragedy in his childhood, yet chafing at the boundaries placed on him. He is immediately captivated by Sofea, but revealing his most guarded secret could mean drawing her into the danger of his past.

As threats from outside the walls loom and traitors are uncovered within, Sofea and Eitan are plunged into the midst of a murder plot. Can they uncover the betrayal in time to save their lives and the lives of those they love?

Shelter of the Most High by Connilyn Cossette is a novel not to be missed. It’s difficult for my words to adequately reflect the magnificence of this story, and a 5-star rating falls far short. I found it entertaining, informative, and uplifting. It stands tall in the biblical fiction genre, but reads purely as exquisite historical fiction also.

When a writer describes a setting or scene, I usually feel one of two ways – either standing at the edge, looking on to what is happening, or being drawn in, practically breathing the same air as the characters. I can’t explain how Cossette does it, but the second effect is what I felt on every page. Everything from Sicily to Kedesh of 1388 BC is vivid, and I have a much greater understanding of the depth of meaning in the term refuge.

Characters are so very rich and complex …
… the relationship between Sofea and Eitan: “I’d vowed from the beginning that I wanted nothing of Eitan’s interest, but at this moment I wanted nothing more than to live at the center of it.”
… Moriyah, a devout woman who felt that Sofea and Prezi had been brought to their family in order to heal
… the strained relationship between Eitan and his stepfather, Darek
… Prezi, Sofea’s cousin, once a follower who now found her voice: “Given the choice between the gods our people venerated on that hill and the God who offers shelter for even the most undeserving, I know whom I choose.”

But what touched me the most was seeing Yahweh through the eyes of Sofea and Prezi, with their heritage of pagan gods and evil worship practices. I’ve always loved the revelation of God’s character that the Old Testament gives us, and Cossette’s narrative makes it fresh and new all over again. Yahweh, the God of refuge, shelter, protection … the God who values all life.

It’s hard to put this book down at any point, especially when the danger and action picks up in the second half, but Cossette still gives readers time to breathe. Shelter of the Most High is a story that lives on long after the last page is turned. 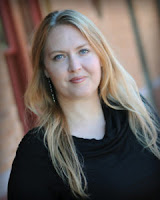 Connilyn Cossette is the CBA bestselling author of the Out From Egypt series. Her debut novel, Counted with the Stars, was a finalist for the Christy Award, the INSPY Award, and the Christian Retailing’s Best Award.

She lives in North Carolina with her husband of twenty years and a son and a daughter who fill her days with joy, inspiration, and laughter. Connect with her at www.ConnilynCossette.com.

Shelter of the Most High, the second book in my Cities of Refuge Series, will be the first I’ve written to have been influenced by my trip to Israel last year. When I started writing Biblical fiction almost nine years ago, I was limited to exploring the Land of Promise via Google Earth, books, and through a plethora of photos on the good ol’ world wide web, but of course nothing can compare to actually experiencing the atmosphere and scenery for yourself.

So although I’d already written Shelter of the Most High by the time I hopped on a plane to join fellow author Cliff Graham’s GoodBattle Tour, once I returned my editing was filtered through the sights and sounds I’d witnessed for myself. It had been a life-long dream to go to Israel and it did not disappoint, in fact it just went way too fast!

One of my greatest fears was that I would see the places I’d written about in my books and realize I totally messed up my descriptions, but I was pleasantly surprised to find that for the most part I’d been fairly accurate (although I did tweak a few things here and there).

Standing on the western shore of the Sea of Galilee I was able to envision Eitan, our hero in Shelter of the Most High, sitting on one of the black boulders there, defeated and weary as he searched for his love. I was able to look toward the snowy peaks of Mount Hermon in the north and over the fertile Hula Valley just below the ancient ruins of Kedesh, the city of refuge, and consider how Sofea must have felt as she experienced the landscape of her new home for the first time, both the fear and the awe.

One of my favorite sites was Tel Dan and although it does not feature in Shelter of the Most High it’s lush greenness and dense forest gave me a better sense of what Israel must have been in the past before deforestation, war, and shifts in climate have done to the fertile land God himself called a land of milk and honey. Since I was so affected by Tel Dan (or Laish in ancient times) that city will be one of the settings in my upcoming third installment of the Cities of Refuge Series, Until the Mountains Fall.

Being a super visual person who is highly sensitive to sensory input, I took great pleasure in absorbing with all my senses as we walked paths, climbed mountains (yes, mountains), slogged through a long, cold, and wet tunnel deep beneath Jerusalem, hiked up to the secret oasis of Ein Gedi where David hid from Saul, and rocked along on a boat over the glassy surface of the Galilee. I felt like a sponge just soaking up every little detail and every grand vista.

Smelling the salty breeze off the Mediterranean and hearing the waves crash against the sandy beach in Tel Aviv and Caesarea Phillipi made me imagine our heroine Sofea looking over that enormous, blue expanse and wondering what sort of god had control of such a powerful thing.

Feeling the timeworn cobblestones beneath my feet gave me a sense of what it must have been like for Eitan and Sofea to walk through the streets of Kedesh, their own sandals scuffing against the rough-hewn stone as they went about their daily activities.

Running my fingers along the pitted surfaces of ancient buildings and tracing the chisel marks from craftsmen of the Bronze Age wrapped me in a whirl of imagination about who the people were that hefted those same rocks into place and the ingenuity it took to create structures that have lasted so long.

Tasting the unique spices and flavors of the Middle East gave me a sense of the passion Moryiah (our hero’s mother) has for creating delicious new dishes to feed her growing family and the guests at her inn.

Although I write fiction, my stories are woven into Biblical accounts so going to Israel was a perfect reminder for me that the people that lived between the pages of Genesis to Revelations were real. They breathed, they cried, they loved, they mourned, they suffered, and they celebrated with their families. I am so grateful to have gleaned some great new insight into the Land and its resilient, vibrant people and hope that through Shelter of the Most High readers get a small sense of the beauty and wonder I experienced there. I cannot wait to go back! 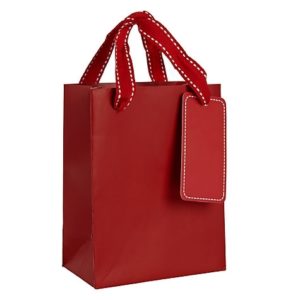 To celebrate her tour, Connilyn is giving away ...


Be sure to comment on the blog stops for nine extra entries into the giveaway! Click the image above or the link below to enter.