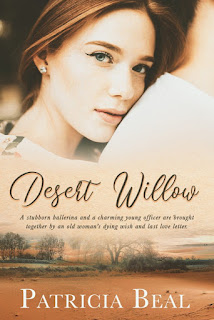 After a failed engagement, Captain Andrew Lee James has focused on building a career in the Army he loves. That commitment includes helping a feisty, out-of-work ballerina whose devotion to her grandmother’s dying wish immediately grabs his heart. She’s the one, but will he be able to win the heart of a woman who has vowed to never be involved with a soldier?

College graduate Clara Malone swore to never love anyone in the military again but when her dying grandmother asks her to deliver a love letter to the general who broke her heart decades ago, she agrees and finds herself escorted by a handsome Army captain whose kindness challenges her beliefs. Surrounded by desert willows that shower her path with pretty pink flowers and sing with the buzzing of hummingbirds, Clara enjoys the wild beauty of El Paso—and her time with Andrew—more than expected.

Can she deliver her grandmother’s last love letter without losing her heart to a man who represents everything she fears?

Desert Willow is an entertaining and emotional story, enriched by character depth, a blending of past and present, and a strong spiritual theme. Drawing from personal experience, Patricia Beal writes a heartwarming story straight from the heart. The narrative flows at a steady pace, holding my attention throughout.

Andrew and Clara are brought together by a story from the past involving Clara’s grandmother and a general. Clara travels to El Paso, Texas on a mission from her dying grandmother, that of delivering a letter to a general who had broken her young heart. In the process, she meets Andrew, a friend of the general’s family. There’s a vivid sense of place and I was drawn to El Paso as I was introduced to its sights and culture through Clara’s eyes. The author’s personal experience in both the military and this town made the story rich in detail.

Clara and Andrew are appealing characters, easy to connect with. Andrew, nicknamed “Ginger” by Clara (picture a Prince Harry without the British accent), is a kind and caring man, with a strong faith that he unashamedly shares. Clara has just graduated from college with a degree in dance, emphasis on ballet, and is trying to figure out exactly what can be done with that degree. Clara has pulled away from God over the years and in her family, “relationships never lasted long, and forever was a pipe dream.” Although attracted to Andrew, family history has convinced her that relationships with military men are destined to fail.

Desert Willow is an emotional story of family relationships and forgiveness, including self-forgiveness. Past events cast a long shadow, which many readers can identify with. Themes include serious topics, such as infidelity and the struggle to remain pure until marriage. I loved the strong faith message skillfully woven throughout, applicable to our daily walk. I also enjoy how the author brings in the beauty of music and dance.

I enjoyed Desert Willow very much and look forward to many more stories by Patricia Beal. 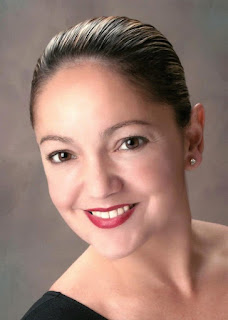 Desert Willow: A Love Song to the City of El Paso, to Family, and to Prince Harry

I enjoy this story so much! It’s great to finally get to share it with you.
Desert Willow started as a NaNoWriMo project in 2015 and has a lot of my grandma’s history in it—life in the German colonies of the south of Brazil, the beginning of the shoe industry there, and the story of the most influential man her town has ever known, my great-grandfather.
And what does that have to do with El Paso and Prince Harry?
Well, my Prince Harry lookalike, a young Army captain named Andrew Lee James who lives in El Paso, is helping the protagonist deliver her grandmother’s last love letter, a letter she was urged to write all those years ago after what happened in Brazil.
The contemporary story of Clara (protagonist) and Andrew was fun to write too because I’ve been around the Army since the nineties. We moved to Fort Bliss/El Paso in 2012 and lived there for six years. I thought I was going to hate it, but I loved it, so I just had to write an El Paso story.
Now I think that what I enjoyed the most about writing this novel was making all the connections and showing how the actions of a distant past affect and inform the modern story so deeply.
Some of you have journeyed with me for a while and know that my debut, A Season to Dance, was my salvation process. What comes after salvation can be hard. What’s that? Well, looking at past mistakes through God’s eyes and realizing just how wrong we were, for starters.
We know how quickly God forgives us, but can we forgive ourselves and each other as quickly?
Desert Willow deals with all that. And with Prince Harry… 😊 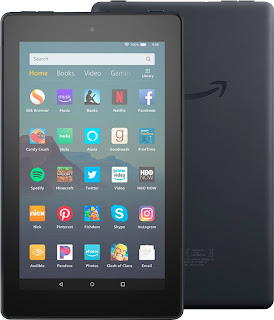 To celebrate her tour, Patricia is giving away the grand prize of a Kindle Fire 7 (https://amzn.to/37TEN21)!!