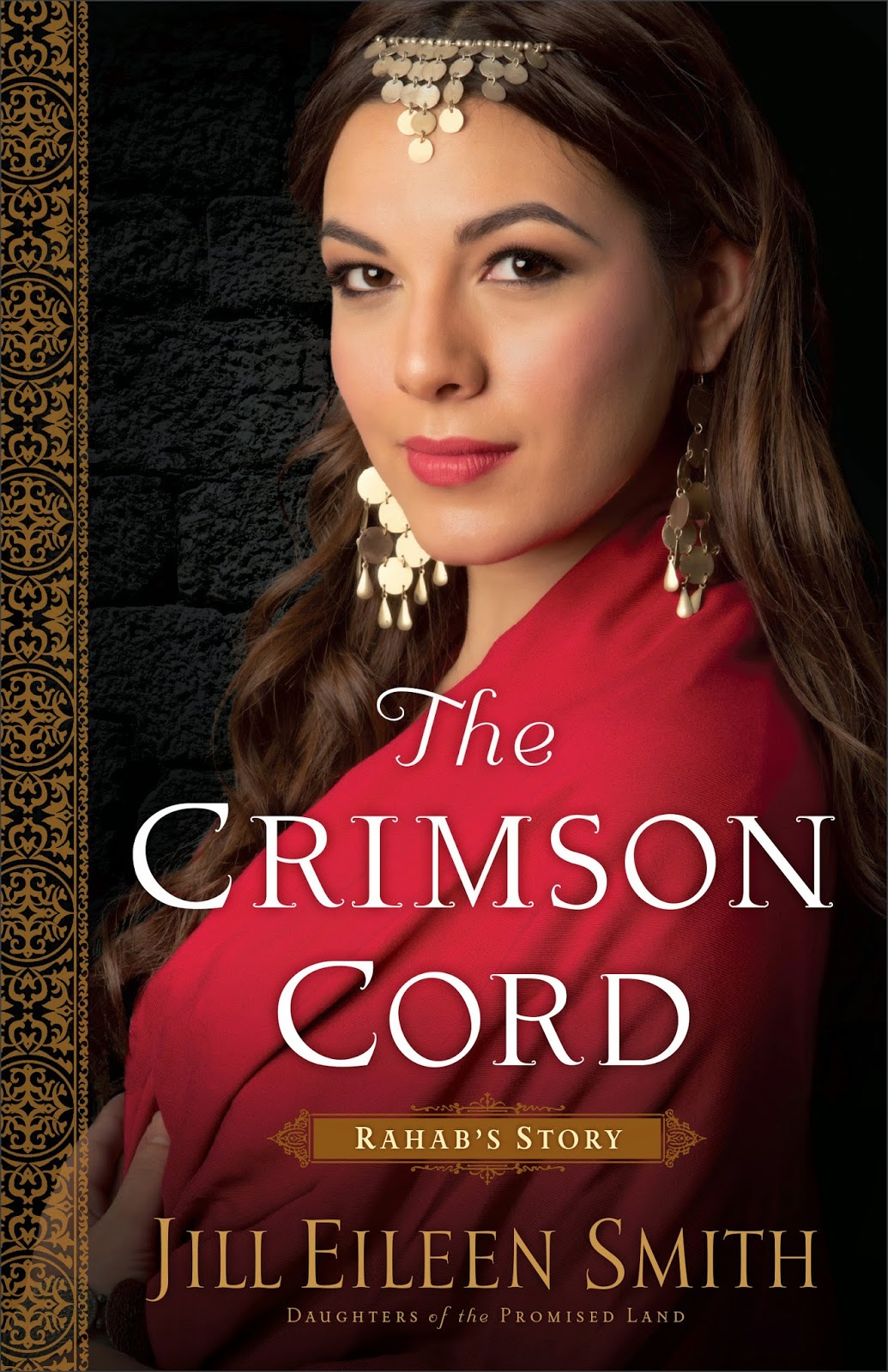 The Crimson Cord
By Jill Eileen Smith
Daughters of the Promised Land, #1
Revell, 2015

Wife to a gambler who took one too many risks, Rahab finds herself sold as a slave to cover her husband's debt. Forced into prostitution, she despairs of ever regaining her freedom and her self-respect. But when Israelite spies enter Jericho and come to lodge at her house, Rahab sees a glimmer of hope and the opportunity of a lifetime.

In one risky moment, she takes a leap of faith, puts her trust in a God she does not know, and vows to protect the spies from the authorities. When the armies of Israel arrive weeks later, Rahab hopes they will keep their promise, but she has no idea what kind of challenges await her outside Jericho's walls--or if she will ever know the meaning of love.

Under Jill Eileen Smith's talented hand, the familiar story of Rahab bursts forth in high definition. Immerse yourself in a world of dark and dusty streets, clandestine meetings, and daring escapes as a mysterious biblical figure claims her full humanity--and a permanent place in your heart.

There's just something special about the writing of Jill Eileen Smith. Other than popular biblical fiction writers of the past that I loved - Lloyd C. Douglas and Taylor Caldwell, for example - I haven't enjoyed much in this genre today until I tried Jill's books. She writes in an authentic and charming way that holds true to the biblical account while fleshing out the "what might have happened" areas in a moving way. Even readers who don't particularly like biblical fiction would enjoy the historical aspect of Jill's writing.

Although not a lot is revealed about Rahab in the Scriptures, almost everyone knows of how a prostitute saved Israel's two spies, resulting in the later saving of her family as the walls of Jericho crashed around her. Through what must be tons of research and her knowledge of this culture, especially of the way women were treated, Jill put forth an interesting and plausible way in which Rahab could have become a prostitute and how, rather than enjoying the lifestyle, she only accepted it as a way of survival for herself and her family.

Time is given to both Rahab's background and life leading up to the visit of the spies, as well as to her new life with the Israelites. Secondary characters are easy to relate to and I especially enjoyed Tendaji, Salmon, Joshua and his wife, Eliana. We also see the sharp contrast between Israel and the pagan Canaanites, the strict obedience God demanded, and the way Rahab struggled with God's punishment brought on Achan and his household . . . "Why would God save a foreigner and let His own die?"


I found the second half very moving, as Rahab lives with the Israelites under Joshua's protection and begins to learn the ways of God. For me, as Rahab comes to understand and accept the concepts of grace, mercy, and sacrifice of innocence for guilt, it was like seeing all this anew, with fresh eyes - sin that required the sacrifice of innocent blood, tempered with God's mercy and grace. One of the most moving scenes was when Salmon sacrificed a lamb on their behalf.

The most beautiful thing about The Crimson Cord is the symbolism of scarlet/crimson and how, from the scarlet cord used to save the spies and later Rahab's family, to the blood of a sacrificial lamb, everything points to Christ's ultimate sacrifice. And what a compelling message for us today - that God is in the business of redeeming, even those thought most unredeemable.

I highly recommend The Crimson Cord to all readers. Jill has also done a great job in creating a Pinterest board that gives a wonderful sense of character and setting for this story, so be sure to check it out by clicking "See on Pinterest" below. 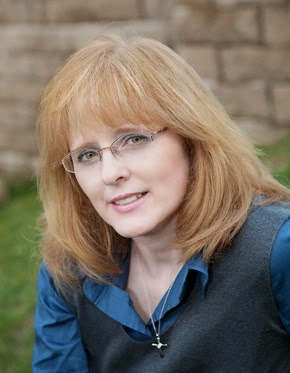 Jill Eileen Smith is the bestselling author of the Wives of King David series, the Wives of the Patriarchs series, and The Desert Princess, first in the Loves of King Solomon series. Her research into the lives of biblical women has taken her from the Bible to Israel, and she particularly enjoys learning how women lived in Old Testament times. Jill lives with her family in southeast Michigan.

The Crimson Cord can be purchased online at CBD, DeeperShopping, Amazon, and B&N.

Thank you to Jill Eileen Smith and Revell Publishing for providing a copy of this book in exchange for my honest review.
Posted by Carole at 12:42:00 PM