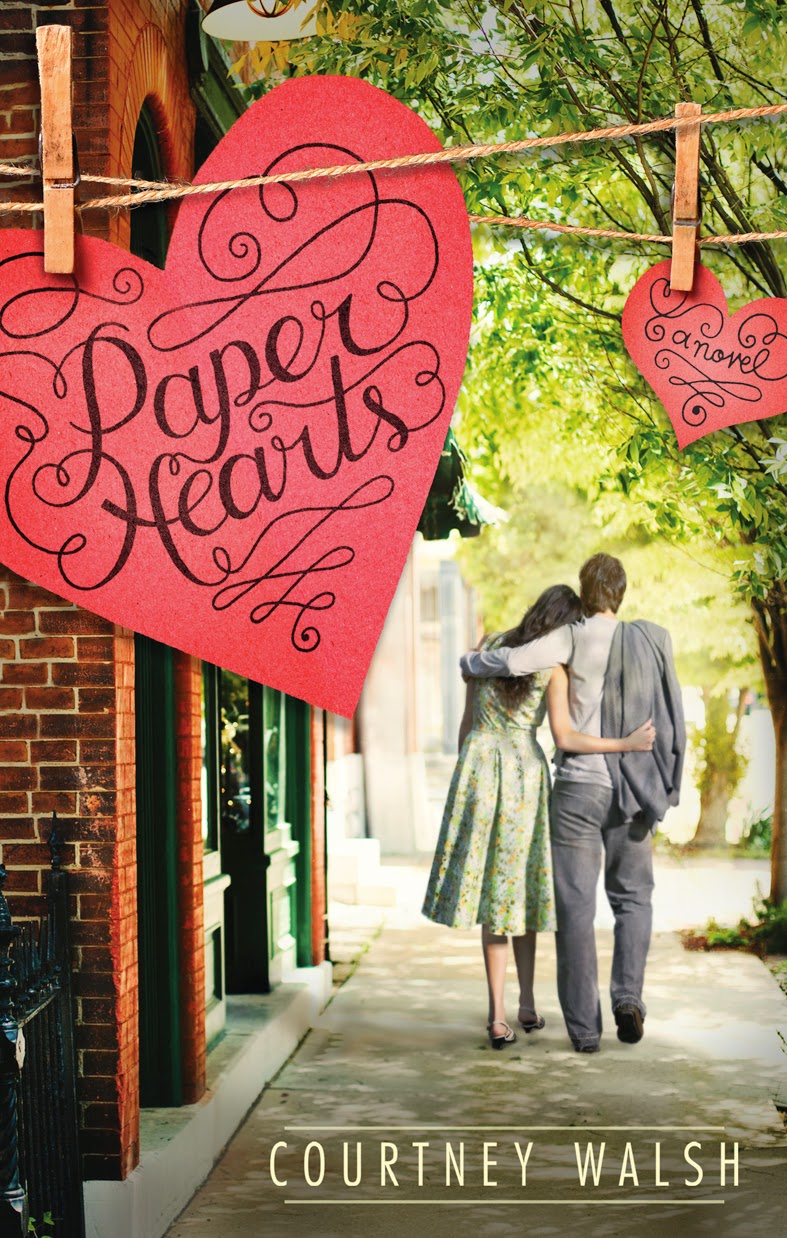 Abigail Pressman would never have guessed that love notes penned on paper hearts by an anonymous couple could restore her belief in love. As a business owner in a quaint town at the base of the Rockies, she’s poured everything into dreams of expansion . . . and resisting the matchmaking efforts of the Valentine Volunteers, who gather in her store to continue Loves Park’s tradition of stamping mail with the city’s romantic postmark.

When Abigail is unwillingly drafted into the Volunteers, she encounters the paper hearts, a distraction that couldn’t come at a worse time. A hard-to-read doctor has become Abigail’s new landlord, and he’s threatening to end her lease to expand his practice.

As she fights a growing attraction to this handsome man crushing her dreams, Abigail is inspired to string the hearts in her store, sparking a citywide infatuation with the artsy trend. But when a new batch of hearts reaches the Volunteers, it appears something tragic has happened to the couple. Will uncovering their story confirm Abigail’s doubts about love, or could it rescue her dreams . . . and her heart?

Paper Hearts is the first of Courtney Walsh's books that I've read, and to be honest, I was initially drawn by the charming cover. As a result, I discovered a most satisfying and delightful story, filled with humor, populated by endearing characters, and with a charismatic setting - and am  now a Courtney Walsh fan.

Paper Hearts has an appealing cover, a town obsessed by love for a setting, and valentine messages scattered throughout, yet romance isn't the central theme. It's more about personal relationships and struggles with guilt, anger, hurt, and unforgiveness. Thinking I was in for a light, fluffy read, I was pleasantly surprised at the depth and emotion within.

I love it when setting almost becomes a main character, and that is exactly what happens here. Loves Park, Colorado - a small town nestled in the Rocky Mountains that is literally obsessed with romance, a "prime location for weddings, honeymoons, and those looking to rekindle what they once had." Small towns where everyone knows everyone else aren't always as idyllic as they sound, but I think the good wins out in Loves Park. 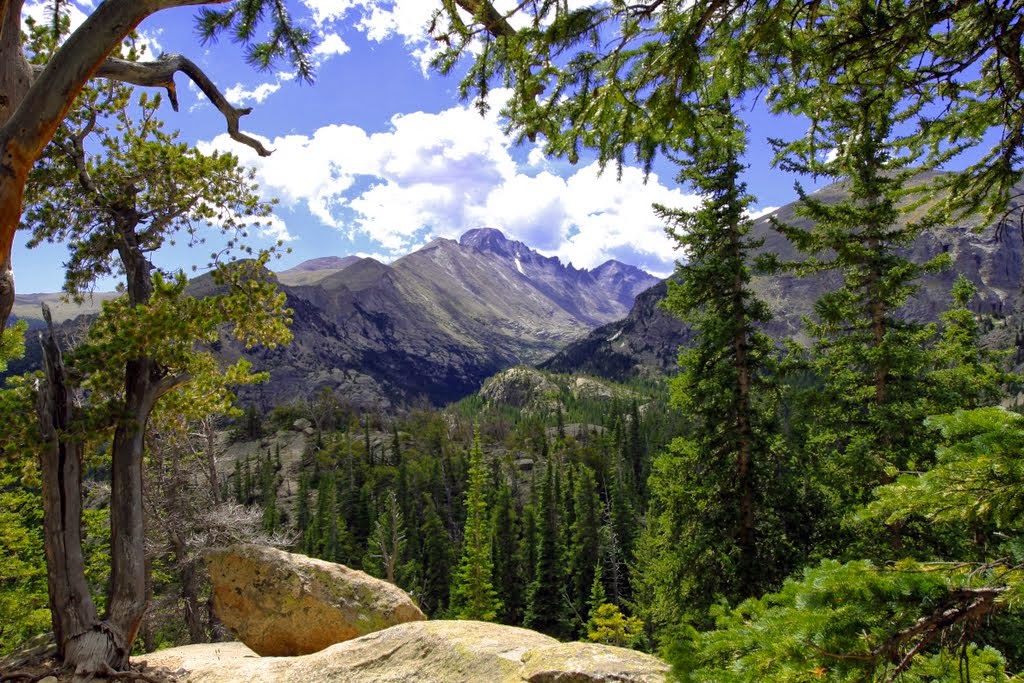 Jacob could see Longs Peak from his back porch

Another major character is actually a group of five eccentric ladies called the Valentine Volunteers and I don't think anyone could help but fall in love with them. Ursula - flamboyant, outspoken, and bold - plays a big part in this story, and I can so identify with her comment, "At some point you should be old enough to make the rules up yourself."

I found Jacob and Abigail easy to relate to with their imperfections, brokenness, and attempts to cope by staying busy. I'm not sure how realistic it was for Abigail to care for the man who was forcing her out of the book store that meant everything to her, but that didn't keep me from enjoying their growing relationship.  It was touching to see them learn to relinquish control and learn the value of putting the other person's needs before self. "You make me want to live again" . . . These words written on a valentine are what Jacob and Abigail brought out in each other.

As with a lot of fiction, I felt there could be a little less rehashing of thoughts at times, and I wanted Jacob to be strong and stand up for Abigail rather than go along quietly with his totally unlikeable business partner - but that eventually changes and this story has so much going for it that I was completely won over.

I think the strength of this story comes from the valentine messages sent by one special couple to Loves Park through the years - messages that focused on positive aspects, what they loved and appreciated about their spouse. This should be a challenge to all of us, for I can't help but think what an impact there would be in any relationship if we quick to forgive, focused on positive qualities rather than negative, and communicated those feelings in a meaningful way.

I greatly enjoyed Paper Hearts and will be reading more from Courtney Walsh. The ending is quite satisfying, but leaves an opening for further development. I really hope this becomes a series, for there are secondary characters that simply beg for their own story. And who wouldn't want to see more of the Valentine Volunteers?! 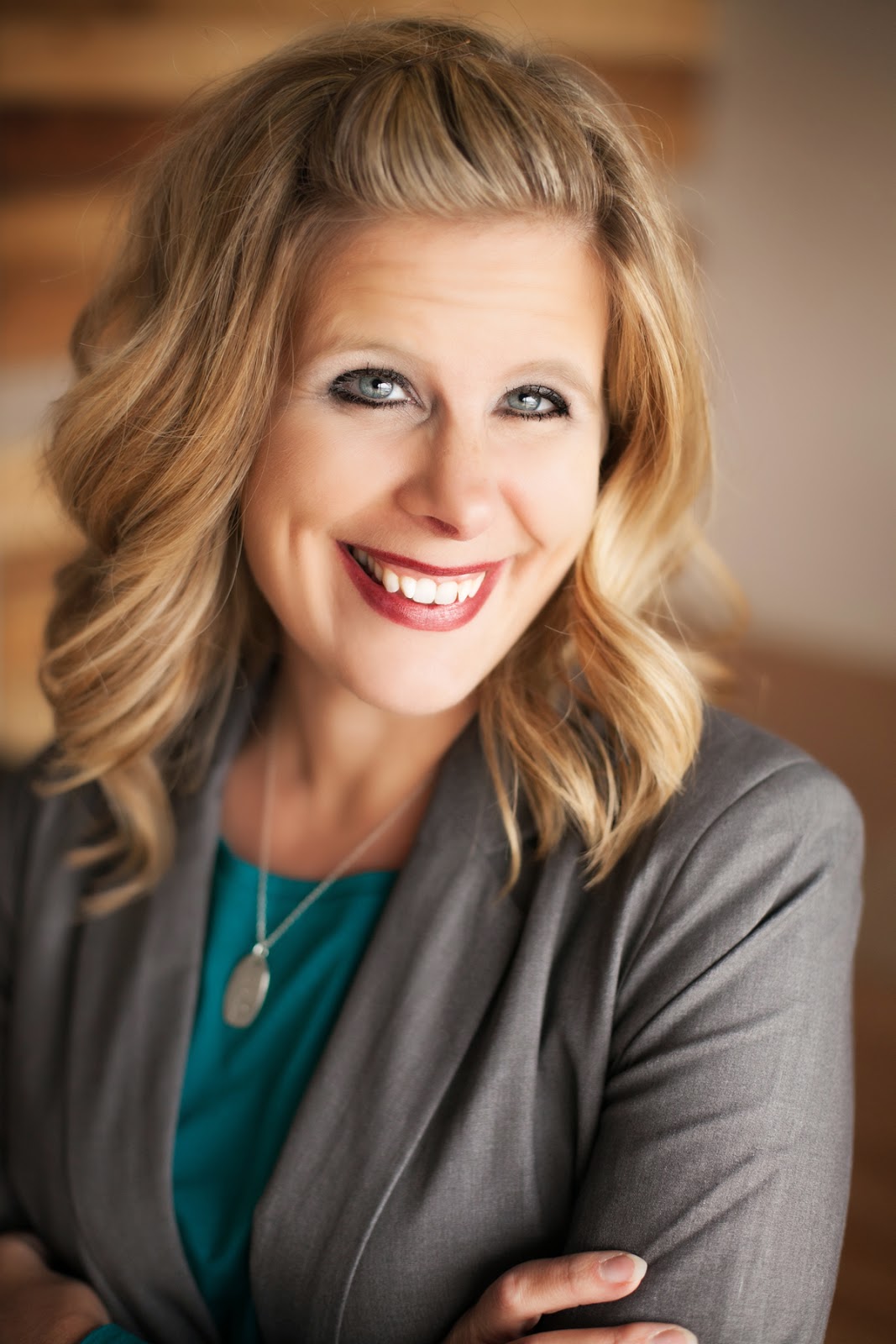 Courtney Walsh is a novelist, artist, theatre director, and playwright. Her debut novel, "A Sweethaven Summer," hit the "New York Times" and "USA Today" e-book bestseller lists and was a Carol Award finalist in the debut author category. She has written two more books in the Sweethaven Summer series, as well as two craft books and several full-length musicals. Courtney lives in Illinois with her husband and three children.

Paper Hearts can be purchased online at CBD, DeeperShopping, Amazon, and B&N.

Thank you to Tyndale House for providing a copy of this book in exchange for my honest review.
Posted by Carole at 9:16:00 PM