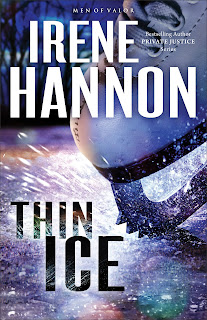 If Ginny Reed is still alive--who is the woman buried in her grave?

After losing her parents and her sister, Christy Reed has been mired in grief. Now, life is finally starting to feel normal again--until an envelope addressed in her sister's handwriting arrives in the mail. And the note inside claims she is still alive.

FBI Special Agent Lance McGregor, a former Delta Force operator, is assigned to reopen the case . . . but he's coming up with more questions than answers. Is Christy a pawn in a twisted cat-and-mouse game--or the target of a sinister plot? As Lance digs deeper, one thing becomes clear: someone in the shadows has a deadly agenda.

Bestselling author and three-time RITA Award winner Irene Hannon pulls out all the stops in this high-stakes thriller that races to a bone-chilling finish.

Irene Hannon is the bestselling author of more than forty-five novels, including That Certain Summer, One Perfect Spring, and the Heroes of Quantico, Guardians of Justice, and Private Justice series. Her books have been honored with three coveted RITA Awards from Romance Writers of America, a Carol Award, three HOLT Medallions, a Daphne du Maurier Award, two Reviewers' Choice Awards from RT Book Reviews magazine, a Retailers' Choice Award, a Booksellers' Best Award, and a National Readers' Choice Award. In addition, she is a two-time Christy Award finalist, and Booklist included one of her novels in its "Top 10 Inspirational Fiction" list for 2011. She lives in Missouri. Learn more at irenehannon.com.

As with all of Irene Hannon’s suspense novels that I’ve read, each of these elements is present. I’m not really a suspense fan, but Irene’s stories have rich character depth and I enjoy her writing so much that these adventures are just about impossible to resist. (However, I will say that Irene’s contemporary romances are my favorite and I highly recommend them.)

There’s so much to like about Thin Ice! Like Irene’s other heroes, Lance is such a good guy – one who brings strength, intelligence, determination and courage, along with caring and compassion - yet he wrestles with his own personal demons. I love to watch figure skating, so the fact that Christy is a figure skater drew me to her. From the raw terror and loss that Christy experienced in the prologue, I was emotionally engaged.

The story is told from three perspectives – that of Christy, Lance, and the villain – and I enjoyed getting into the villain’s mindset, thought process and rationale. And that brings me to my least favorite part, the twisted psychopath. Really, really creepy and twisted. It’s interesting how, when money isn’t the object, it’s often all about intimidation and control through fear. However, one element of his behavior, while important to the complexity of his nature, was almost too much for me. This behavior has caused me in the past to close a book and never read that particular author again. Not the case this time, though.

I appreciate how Irene always weaves important faith elements into her stories. The enduring of traumatic experiences usually has one of two effects – that of drawing us closer to God or pushing us away – and that’s exactly what happened to Christy and Lance. Christy struggled like any of us would, but it was her faith that comforted and sustained her – while Lance pushed away from the faith of his childhood. I enjoyed not only the very real sparks that flew between them, but their faith journeys as well.

To say that Thin Ice was hard to put down is an understatement. Recommended to all who enjoy romantic suspense.