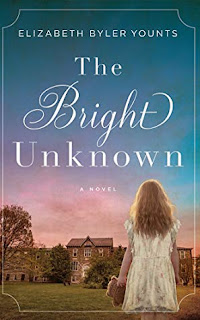 Two young friends embark upon an epic journey across 1940s middle America in search of answers, a family, and a place to call home.

The only kind of life Brighton Turner understands is the one she has endured within the dreary walls of a rural Pennsylvania asylum. A nurse has thoughtfully educated and raised Brighton, but she has also kept vital information from her in order to keep her close. Brighton befriends a boy whom she calls Angel—he doesn’t know his name—and as the two of them learn more about what lies beyond the walls they call home, they fight for their release and eventually escape.

However, the world outside the only place they’ve ever known is not what they expect. They have no real names, no money, and no help—and they must rely upon the kindness of strangers as they walk and hitchhike from Pennsylvania to Michigan to find their last hope of a home.

This heartbreaking journey, narrated in gorgeous prose, explores what it means to belong—and to scour the universe with fresh eyes for the brightness within.


The Bright Unknown by Elizabeth Byler Younts is a rare gem, a masterpiece of lyrical writing, rich characterization, sublime storytelling, emotion and hope. I was about to give up on ever finding a novel of this high quality in the Christian fiction genre. It’s not an easy read nor a fast one, but rather a compelling read that begs to be experienced. Kindness, caring, and innocence are contrasted with ignorance and greed. With a timeless relevancy, it forces us to examine the way we perceive those who are different, to see beyond the diagnosis. My mind, heart and emotions were captured with the first sentence and never wavered.

The Bright Unknown is Brighton’s story, a young girl born and raised at the Riverside Home for the Insane in the 1940s era. Life there was all she had known and was therefore normal, until suddenly it wasn’t – all because of a girl named Grace. Brighton’s friendship with another resident, who she named Angel, is priceless. The plight of the patients is hard to read, for in a time when ignorance abounded regarding mental illness, some were there simply because their families wanted them committed.

One strength of this story is the author’s exquisite prose and I savored every word and nuance of expression. This is just one example … “The flowering weeping willow’s boughs reached for me in the summery breath. It called out to me. Come to me. Let my delicate white tears fall over you. I extended my hand, even though I knew the branches were too far away to let their beauty cry over me.”

The Bright Unknown may seem like a dark story – and it is – but themes of hope, forgiveness and redemption are woven throughout. The conclusion is so very satisfying. The writing of Elizabeth Byler Younts is not to be missed, and The Bright Unknown goes on my “best of the best” list.

I received a copy of this book through JustRead Tours and Thomas Nelson. The opinions expressed in this review are entirely my own.

The Bright Unknown is Brighton’s story, a young girl born and raised at the Riverside Home for the Insane in the 1940s era. Life there was all she had known and was therefore normal, until suddenly it wasn’t – all because of a girl named Grace.

Elizabeth Byler Younts gained a worldwide audience through her first book, Seasons: A Real Story of an Amish Girl. She is also the author of the critically acclaimed novel The Solace of Water and the Promise of Sunrise series.
Elizabeth lives in Central Pennsylvania with her husband, her two daughters, and a small menagerie of well-loved pets.

The Bright Unknown was born out of a seed of a true story that my husband’s grandmother, Gigi, shared with me. Gigi told me that when she was a young girl living in Oklahoma her mom had a friend who was a nurse. During one of her visits over coffee she would occasionally talk about her patients at the local asylum. One particular story really intrigued Gigi and even decades later she still remembered it. The story was about a patient who had a baby while at the hospital and while Gigi remembers nothing about the patient or the child, she knew that when she moved out of Oklahoma several years later that asylum-born girl was around eighteen and still living within the walls of that hospital along with her patient-mother.

That story stuck with me. This trapped girl and her mother wouldn’t let me go. I began to wonder over her and ask all sorts of unanswered questions. Slowly but surely my imagined story for her came to life. Layer after layer I learned about Brighton, my name for her. I also named two characters after Gigi, her first and middle, as an honor to her. This story was born from a memory but now these characters feel real and present in my life today and I hope you will journey with them in The Bright Unknown.