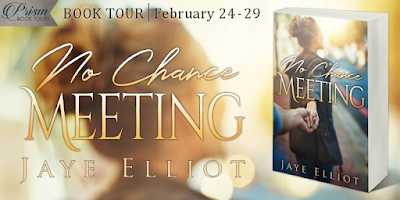 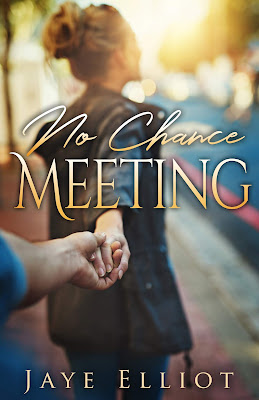 Alex Jennings is done with life. After losing her brother in Afghanistan, everything has collapsed around her. Getting laid off from her day job and failing in her art career, she has nowhere left to turn. She once had faith to believe that all things would work together for good, but that faith died with her brother. Now she just wants the pain to end.

Riley Conrad served thirteen years in the military until three bullets sent him home. After a year and a half of physical therapy and scraping together a living, all he wants is to live a simple life and perhaps even open the coffee shop he dreams about. However, the weight of failing his parents’ expectations doesn’t make it easy, and working as a bartender isn’t getting him anywhere fast.

Could a “chance” meeting between Alex and Riley set them both on the path God always intended?

No Chance Meeting by Jaye Elliot is a character-driven romance with realistically flawed characters and strong spiritual themes. I’m a firm believer in the way God is always working behind the scenes, leaving nothing to chance, so the title is especially meaningful. It’s refreshing to see a Christian fiction book where God is actually the main character.

Riley and Alex are sympathetic and relatable lead characters. They’re far from perfect and both realize the need for God’s grace in their lives. The loss of her brother to a suicide bomber in Afghanistan caused Alex’s life to spiral downward. Riley, a Marine who had tried to save her brother, deals with memories, past sins before becoming a Christian, and a strained relationship with his parents. It was no accident that these two met. Personal tragedy in life can draw us closer to God or cause us to drift away, as in Alex’s case. I enjoyed the connection between these two from the first and that it was Riley’s faith that helped to open Alex’s eyes. I loved Riley’s heart and also thought it was great that he was the proud owner of a tuxedo cat that he had rescued, appropriately named Tux.

No Chance Meeting effectively deals with some darker topics, such as suicidal thoughts and depression. Although emotionally raw at times, it’s a beautiful story of hope and healing. I appreciated that the relationship between Riley and Alex was smooth and built gradually, rather than being filled with the tension of high and lows.

No Chance Meeting is not a fast-paced story, rather moving from one day’s activity to another with a lot of inward thoughts and details that kept things moving slowly. However, the storyline and characters, both main and secondary, are very appealing. For me, more emphasis on storyline with less introspection and daily life details would have made a much stronger story. I still enjoyed No Chance Meeting overall and would like to read more stories in this series. 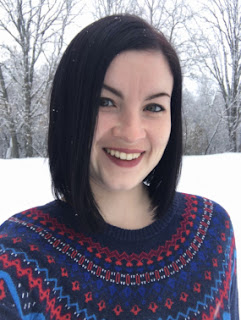 Jaye Elliot is an award-winning author, country girl, and hopeless romantic at heart. She loves a good hero and will always sigh happily during the lights scene in Tangled. She writes from her home in the Northwoods of Wisconsin, which she shares with three cats she considers her kids. When not writing romance novels, she pens fantasy and adventure stories as Jaye L. Knight. 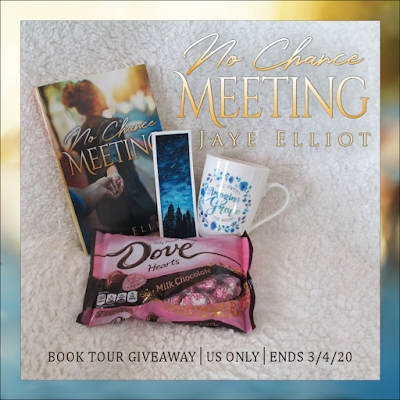 One winner will receive a signed copy of No Chance Meeting, a coffee mug, a bag of chocolates, and a hand painted watercolor bookmark (US only)