Review: Songs of the Shenandoah 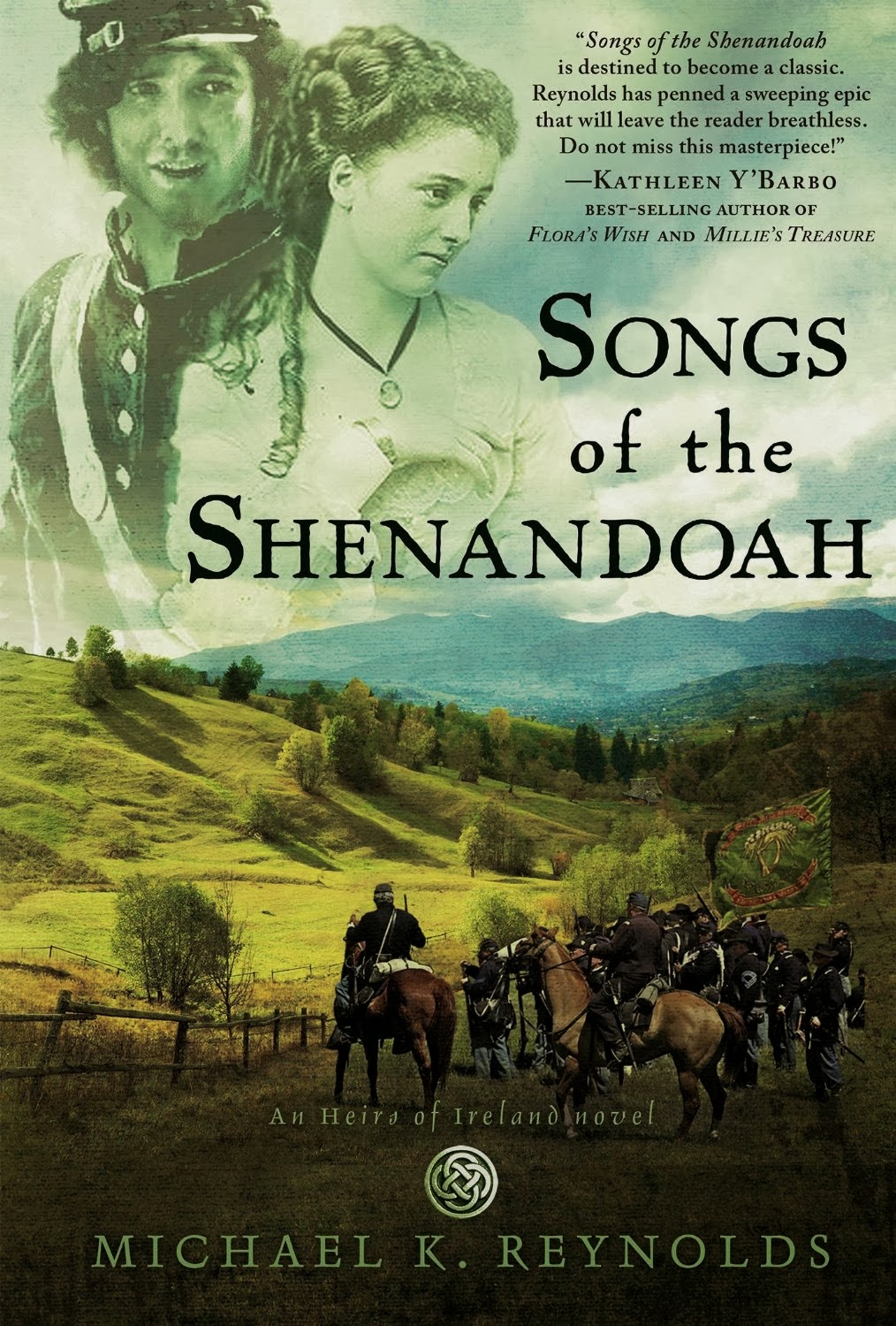 At the intense onset of the American Civil War, Irish immigrant Seamus Hanley heeds his wife’s wishes to return to her beloved family farm in the South, where he takes a post as chaplain for a legendary general’s brigade.

As Seamus ministers to the troops, his sister Clare reaches out in a different way from New York City–as a powerful voice in the Northern cause toward freeing the slaves. All this while their youngest brother Davin, who became wealthy during the California Gold Rush, struggles to find love and purpose in a fallen world.

In this dramatic conclusion to the Heirs of Ireland series, the clash of loyalties and beliefs threatens an entire family as each member tries to hear God’s encouragement in the midst of the tragedy of war.

Songs of the Shenandoah concludes The Heirs of Ireland, a three-volume series written by Michael K. Reynolds - three chapters of one epic story that captures the indelible spirit and hope of the Irish people, beginning with Irish immigration to America in the 1840s and ending shortly after the Civil War. With its lyrical prose, rich characterization, historical theme, and compelling narrative, this series is a rare gem in any market, but especially the Christian market. My emotions were engaged from page one of the first book, Flight of the Earls, and the connection only strengthened with the deepening of characterization and plot throughout the series.

And then there's that special something called the Wow! factor - which has been described as "a combination of unique plot and setting, likeable and intelligent characters, and a distinct and readable writing style, or 'voice.'" While the last book of a series can sometimes be weak, Songs of the Shenandoah is in a class all by itself - and for me, it truly has that Wow! factor. There were so many passages in this story that spoke to me, challenged me, or simply touched me.

Characterization is certainly one of this story's strengths, and it was pure joy to reunite with the Hanley and Royce families - characters who are not only "likeable and intelligent," but passionate about family and faith, caring, flawed, but willing to grow from their mistakes - in other words, real people that readers will care about also. A sense of pride and love for the Irish people, and heartbreak at all they had to endure, is at the heart of this novel. Clare reflects: "Oh how the sons and daughters of Ireland floated away like tragic driftwood from that land! Pushed by uncaring tides to distant lands, where there they were plucked from the waters with hands of mockery and scorn."

Clare Hanley Royce,  a storied reporter for her husband Andrew's newspaper, the New York Daily, is driven by desire "to confront the enemy face-to-face, with her pen if not the sword." Seamus Hanley, a mountain man turned preacher, learns that a military chaplain's job is to console the inconsolable. Davin Hanley, famed gold miner, yearned "for something more than the high society, fine clothes, and attention from women his wealth had attained."

Through characterization and plot, Michael has his finger on the pulse of war - from needless death, destruction, fear and cruelty to unparalleled courage, loyalty and faith. In a scene between General Stonewall Jackson and Chaplain Seamus, Jackson points out that both sides will be praying for God's protection, to be in His will, and asks, "Who will God choose?" Seamus replies, "If there are soldiers, men, women, thousands and hundreds of thousands praying on either side, desperate for their Father, then maybe the victory is already won."


One of my favorite passages, and key to the whole story, is when Pastor Asa takes Seamus on a trip up a mountain overlooking the picturesque Shenandoah Valley, using this as an opportunity to mentor a young pastor jaded from previous experiences in ministry. I could almost hear Pastor Asa's voice of compassion as he speaks to Seamus . . .

"I've been through your valley before. . . . The valley is not something you can move away from. It comes with you everywhere you go.
"It isn't the people in your church. . . . The world, which crushes in on us. The death of a nation. The battles of war. We'll always have those. They aren't what control us. Those are merely the distractions. . . . From the gift. The ability to listen. All you hear are the noises. And you've allowed them to press on you. To wear you down.
"Just listen for a moment. Really listen." As they did, the sounds of the mountains rose, the birds, the insects, the creaking of the trees, an unseen creek gurgling, and the humming of the wind. "I call this the songs of the Shenandoah. This is the music that lifts my soul. It's here where I can hear His voice.
"If we believe we are to measure God's favor through our circumstances, that becomes the greatest distraction of all. I come here to quiet my soul. The birds don't speak to me. There is only one way to hear these songs of the Shenandoah. It's through trust. Through faith. When you do, you know only one voice matters."

Pastor Asa's words led to a turning point in Seamus's life and he reflected on God's odd sense of humor in calling him to serve the very Army from which he had previously defected. But isn't that frequently the way God works? Asking us to die to self and take up our cross, often bringing us back to the very root issue from which we initially sought escape?

Another strength of this story is Michael's lyrical prose, beautifully shown in this scene where Clare and Andrew worshipped at a black church in one of the poorest sections of Manhattan and felt the moving of the Holy Spirit. "Gathered in this very room were some of the poorest, most oppressed people in the entire city. But rather than hearing the cries of bitterness or anger, Clare heard something so rare to behold. The sweet sound of gratitude."

Another moving scene later on, between Andrew and a repentant Davin:  "I know who you are," Andrew whispered in his ear. "I know who you can be." And isn't that exactly what we love to hear God speak into our hearts?

Over the arc of the Heirs of Ireland series, Michael has created a fascinating and intricately woven tapestry with his fictional characters that surely reflects something of what God's tapestry of our lives might look like:  lives filled with the hanging threads of doubt, disappointment, hardship, disbelief, joy, endurance, peace, and homecoming - yet so smoothly woven together and beautiful from God's omniscient view.

There's a moving scene where Davin asks a runaway slave named Jacob how he can sing in the face of horrible mistreatment, and I'll close with his poignant words:


"My chains? They was cut long ago and for all times.
I ain't get my freedom from no man.
And no man can take it from me."


Songs of the Shenandoah is a memorable story, one whose characters and message will long be with me. Rating:  5++


Follow the links below to see my review of the other two books in this series:


Book 1, Flight of the Earls - Review 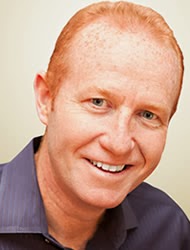 Michael K. Reynolds is a writer with more than two decades of experience in crafting fiction, non-fiction, journalism, copywriting and documentary production.
Michael earned his B.A. in Creative Writing from the University of California, San Diego and lives in Reno with his wife and three children. He is active in marketplace, marriage, small group and men’s ministries as a leader and speaker.

Thank you to Michael and B&H Publishing Group for providing a copy of this book in exchange for my honest review.
Posted by Carole at 6:09:00 PM