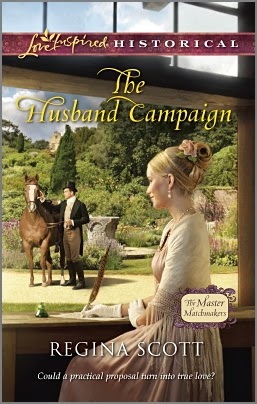 The moment John, Lord Hascot, encounters a young woman sheltering in his abandoned stable, his future is sealed. To prevent scandal—and protect Lady Amelia Jacoby from her parents' ire—he must propose. John's ability to trust vanished when his former love married his twin brother. Yet he offers Amelia everything she could want—except affection.

Amelia sees John's true nature shine through when he cares for his horses. But the brooding aristocrat seems determined to keep her at arm's length. Little by little Amelia will turn Hollyoak Farm into a home, but can she turn a marriage of convenience into a joyful union?

The Master Matchmaker series combines elements of the Regency era and a lovely setting in England's Peak District with the delightful premise of servants doing all they can to see the bachelors they work for happily married. Regina does a great job, not only with historical detail and setting, but characterization and plot as well. Each story can technically stand alone, as previous characters are only mentioned, but reading the stories in order gives a much richer reading experience.

The whole series is very enjoyable, but The Husband Campaign just might be my favorite because I liked the characters of John and Amelia so much.

John is seemingly shy and has reacted to past hurt by withdrawing emotionally, putting his attention and affection into raising horses - yet he is tender, caring, and honorable. While I've never been around horses, I can understand John's feelings for these beautiful creatures, for "no horse had ever spurned his friendship, lied to his face or stabbed him in the back." Anyone who loves animals will connect with John's refusal to sell his foals to people he feels will not treat them with respect.

John raises horses on Hollyoak Farm in the Peak District


Amelia is a sweet, yet determined young lady - hurt by parents who desire that she marry a wealthy, titled gentleman who would bring further acclaim to their family name. "Bringing the appropriate son-in-law into the family is the one consolation for having a daughter," were her father's cruel words. It is so much fun to watch the quiet attraction between John and Amelia grow into something much more.

Regina is quite good at injecting subtle humor, which often kept a smile on my face as I read - for instance, Amelia's initial thought about John:  "Apparently Lord Hascot did not like people nearly as much as he liked his horses." And there were tender scenes as well, one of my favorites being when Amelia sings to calm an injured horse.

It was evident that both John and Amelia had a strong faith and that prayer came naturally, which is something I always like to see. Also touching was the way they completely accepted each other as they were, which should speak to all of us.

Love Inspired Historicals are enjoyable, feel-good reads, and I've always thought that Regina's writing stands out in this line. I recommend The Husband Campaign, as well as the whole series, to those who enjoy inspirational romance. My reviews of the two previous books in this series can be found here: 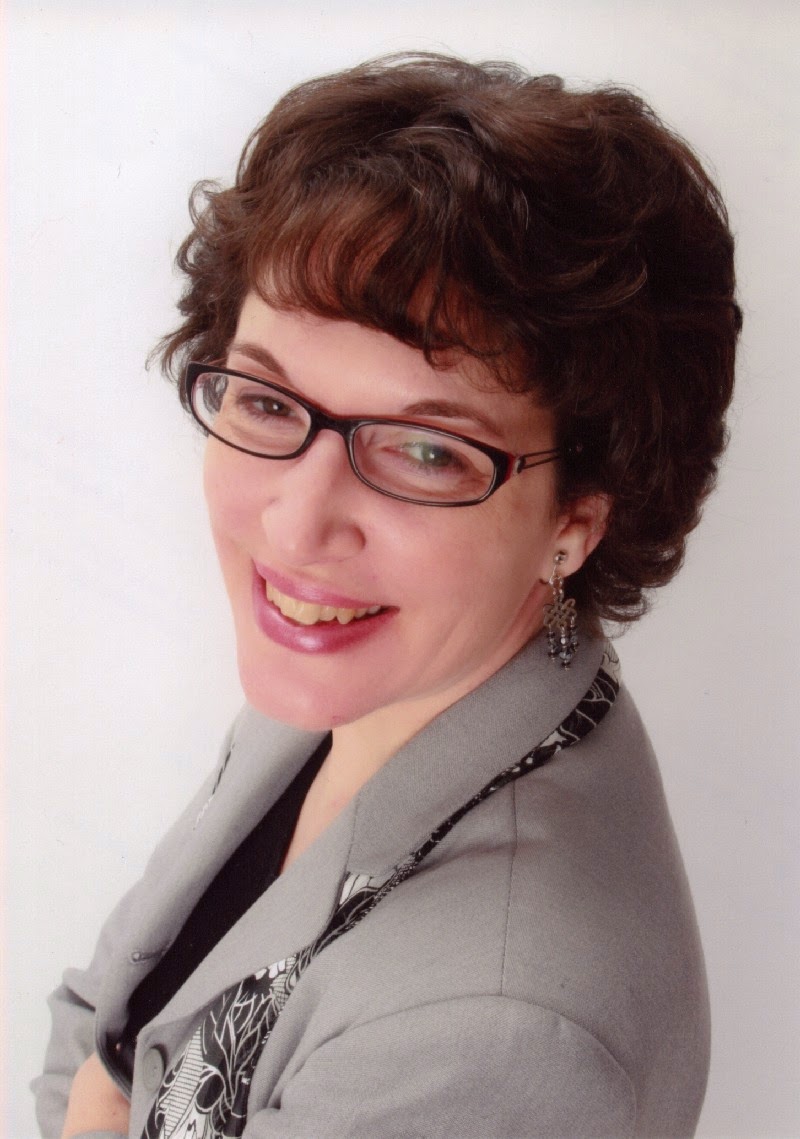 
Regina Scott started writing novels in the third grade. Thankfully for literature as we know it, she didn't actually sell her first Regency romance novel until she had learned a bit more about writing such as vocabulary, sentence structure, and plot. After numerous short stories and articles in magazines and trade journals, she got serious about her novel writing. The Regency romance The Unflappable Miss Fairchild was her first novel to be published (March 1998). In 2011, she was delighted to move into Christian romance with the publication of The Irresistible Earl.
Regina is a devout Christian and a decent fencer; owns a historical, fantasy, and science fiction costume collection that currently takes up over a third of her large closet; and has been known to impersonate an independent consultant specializing in risk communication.

Thank you to Regina Scott for providing a copy of this book in exchange for my honest review.
Posted by Carole at 5:57:00 PM