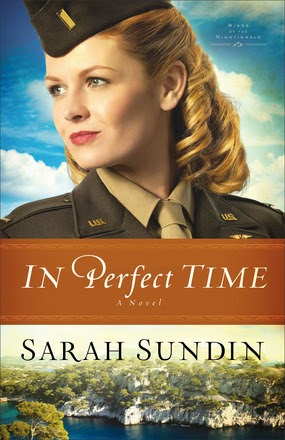 In Perfect Time
By Sarah Sundin
Wings of the Nightingale, #3
Revell, 2014

Bold, sophisticated, and coy, Army Air Force flight nurse Lt. Kay Jobson collects hearts wherever she flies, leaving men pining in airfields all across Europe. So how can ruggedly handsome C-47 pilot Lt. Roger Cooper be all but immune to her considerable charms? In fact, he seems to do everything he can to avoid her.

Still, as they cross the skies between Italy and southern France, evacuating the wounded and delivering paratroopers and supplies, every beat of their hearts draws them closer. Can they overcome the fears and misunderstandings of the past in order to take hold of the future?

Sarah Sundin seamlessly weaves together emotion, action, and sweet romance into a tale that transcends time and calls us to believe in the power of love.

Simply stated, I enjoyed everything about In Perfect Time - and the whole Wings of the Nightingale series, for that matter. World War II fiction is a genre I've only started reading recently, and Sarah Sundin deserves a lot of the credit. While In Perfect Time can stand alone, characters and setting continue throughout and reading the whole series will give a much deeper reading experience. The previous books are With Every Letter and On Distant Shores (reviewed here).

This is an especially appealing series because World War II flight nurses were courageous pioneers - and while they didn't receive badges and medals like the soldiers, they risked their lives in dangerous operations. Sarah's writing exhibits extensive knowledge of historical events and locations, yet this never slows or overpowers the narrative. 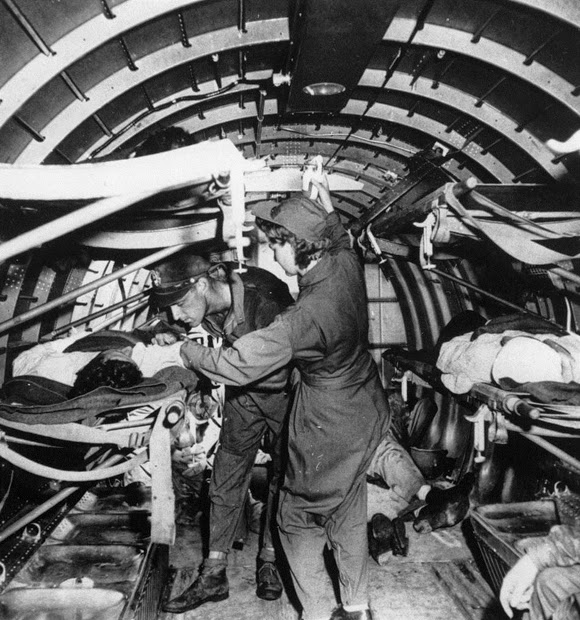 Flight nurse on the C-47


Set in the Mediterranean Theater of Operations, with a focus on war-torn Italy and southern France, Sarah has the ability to make readers feel like they are actually in the scenes with the way she blends the serious and fun times. We experience everything from an emergency landing behind enemy lines and the courage of partisans, to the big bands and U.S. war bond tour. Opening in March 1944, In Perfect Time reunites us with Mellie, Tom, Georgie and John from the first two books, but the focus is on Lt. Kay Jobson and Lt. Roger Cooper.

Something I especially appreciate about Sarah's writing is the depth she gives her characters. "For Lt. Kay Jobson, flight nursing . . . meant reconnecting a broken soldier with the shards of his humanity." With these opening words, we get a glimpse of Kay's heart for the wounded, a sharp contrast to the surface image she creates with her flirtatious dating of several men at the same time. She's bold and confident, driven to stay in control no matter what - but her bold façade masks deep hurts. Roger, a C-47 pilot who ferries supplies and paratroopers throughout the Mediterranean, is biding his time until he can become a big band drummer. Both Kay and Roger are appealing and vulnerable characters who have bought into the lies and put-downs received from their families through the years - Kay, that she was irredeemable, and Roger, that he would never amount to anything. Just like in real life, these inner beliefs had a disastrous effect on their personal relationships and job performance, and this really drew me to Roger and Kay.

Christian fiction should inspire readers, and that is exactly what In Perfect Time did for me. One of my favorite parts was when Roger followed God's prompting and gave his Bible filled with personal notes to Kay. Being so attuned to God that we can sense His prompting and then be willing to follow it - that's something I think many of us strive for. And being open enough to share a painful past because it just might be what someone needs to hear. Readers will find the spiritual journeys of Roger and Kay very moving.

Romance fans will not be disappointed, for while Roger and Kay's story is tender and sweet, the chemistry between them is great. In Perfect Time brings the storylines of Mellie & Tom, Georgie & John, Kay & Roger to a beautiful conclusion - and while many authors tend to rush their endings, Sarah gives one of the most satisfying conclusions I've ever read. Highly recommended.

In Perfect Time can be purchased online at CBD, DeeperShopping, BAM, B&N, and Amazon. 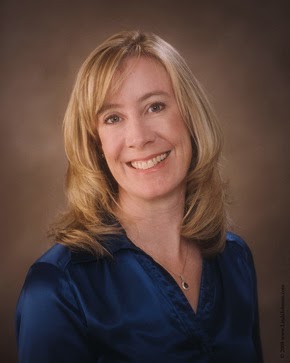 Sarah Sundin is the author of With Every Letter, On Distant Shores, and the Wings of Glory series. In 2011, A Memory Between Us was a finalist in the Inspirational Reader's Choice Awards, and Sarah received the Writer of the Year Award at the Mount Hermon Christian Writers Conference. A graduate of UC San Francisco School of Pharmacy, she works on call as a hospital pharmacist. During WWII, her grandfather served as a pharmacist's mate (medic) in the Navy and her great-uncle flew with the US Eighth Air Force in England. Sarah lives in California, with her husband and three children.

Thank you to Revell for providing a copy of this book in exchange for my honest review.
Posted by Carole at 11:59:00 PM