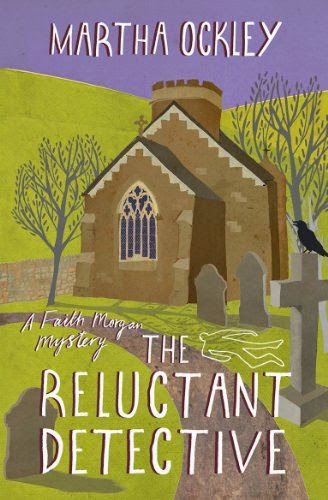 Faith was a cop, and a good one. She and her boss (and boyfriend) Detective Inspector Ben Shorter tackled criminals and solved crimes across south-east England. They were a good team. But Faith grew disillusioned with Britain's tough police culture.

As her disquiet grows, she starts to ask bigger questions - and ends up as a priest in the Church of England, a job from which she considers she can do more good than any police investigation. In the process she and Ben part company: he can't stand God-botherers, and she finds his convictions-at-any-cost attitude treads on too many vulnerable people.

Faith may have quit the world of crime, but crime has not let her go. Newly ordained, she arrives in the village of Little Worthy, near Winchester, to look around the parish. Within an hour of her arrival she witnesses the sudden shocking death of a fellow priest. To her distress, the DI assigned to the case is Ben. At the Bishop's urging, Faith stays on to look after the improbably named parish of Little Worthy. As she meets her parishioners she learns some surprising details about her apparently well-loved predecessor, and starts to suspect a motive for his death.

The cop may have donned a clerical collar, but the questions keep coming. How will she reconcile her present calling with her past instincts? Is she in danger herself? What should she do about Ben?

I am glad to have discovered the writing of Martha Ockley because The Reluctant Detective is a well-written British cozy mystery that I thoroughly enjoyed. No scary suspense or blood and gore, just an entertaining and well-plotted whodunit. While similar to other cozies with its charming English village setting, amateur detective, and quirky characters, spiritual depth and characterization go deeper than expected. The Reluctant Detective won't fit into the evangelical mold that some readers demand, as there is a little social drinking and mild profanity a couple of times, yet there is a spiritual depth that felt comfortable and inspiring. 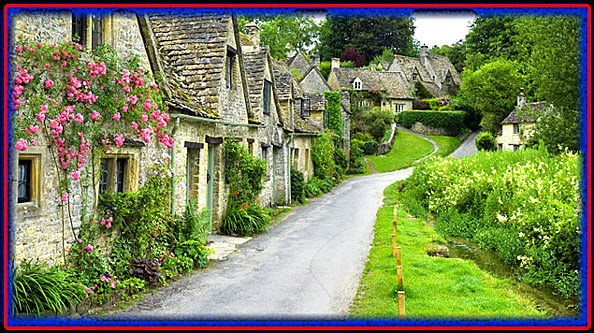 
Essential to any good cozy mystery is an idyllic English village, and Martha vividly brings the fictional village of Little Worthy, Winchester, to life with its historical church, village green, and surrounding farms. Enchanting, yes, but not quite as idyllic as one would expect. The beauty and history of St. James's church, Faith's first congregation, are also vividly conveyed.

The mystery is well developed, with humor and a strong ensemble cast. Clues are dropped along the way, but I didn't figure out the murderer's identity until fairly close to the end. In fact, I read murder mysteries for the enjoyment of characterization and plot, rather than trying to figure out who's guilty.

Faith Morgan is a complex character that I really liked. Prior to being ordained into the Church of England, Faith had worked as a police officer for several years and been in a long-term relationship with Detective Inspector Ben Shorter. Even now as one of the clergy, she still likes investigating and is quite good at it - "talking to people, analyzing their expressions, reading their body language, peering into their lives; fitting together the broken puzzle of what they said and didn't say, and why.”

Faith witnesses a murder upon her first visit to St. James's and Ben is assigned to the case, which creates great romantic tension. It's hard to imagine all the reasoning, effort, and discipline it must have taken for Faith to break it off with Ben, leave the police force, and pursue the ministry. What a contrast is given between these two:  "Ben, who thought of God and redemption as childish fantasy; she, the woman who had given up so much to live by that belief." I am eager to see how Martha develops these two characters in future stories.

I liked the description of how Faith had gradually been drawn into the ministry, which shows how effective our witness can be:  "She had first found faith in faces; in people transformed by faith. She thought of the bereaved mother of a teenage knife victim she had met in her third year in the police force. She remembered the woman's sorrow, her flashes of wit; her extraordinary forgiveness and hope."

The Reluctant Detective is an enjoyable and satisfying mystery, and I look forward to more adventures with Faith Morgan. Recommended to fans of British cozy mysteries and detective novels.

The Reluctant Detective can be purchased online at CBD, DeeperShopping, B&N, and Amazon.

"It is only by realizing the horror and magnitude of sin
and its consequences in the world that we can understand
the light and hope of Easter Sunday morning."
- Canon Jonathan
____________________ 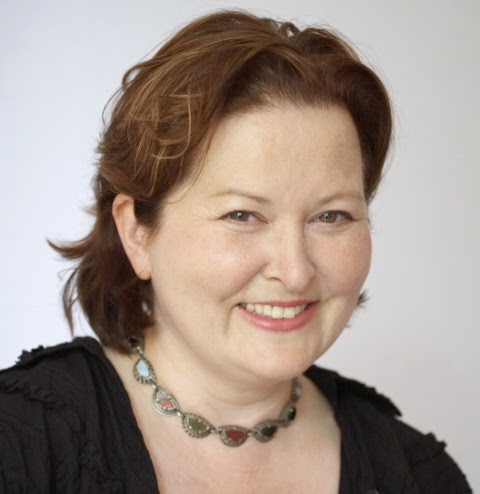 Martha Ockley is the pen-name of Rebecca Jenkins. She read history at Oxford University, and spent several years working alongside her father, the Rt. Revd. David Jenkins (Bishop of Durham 1984-94) during the turbulence of the 1980s. She lives in Teesdale in the North East of England where the landscape and history provide the inspiration for her Regency detective, F R Jarrett. Since September 2009 she has been Royal Literary Fund Fellow and Writer in Residence at York St John University. She is a full-time author, writing both fiction and non-fiction.

Thank you to Lion Fiction for providing a copy of this book in exchange for my honest review.
Posted by Carole at 10:51:00 PM