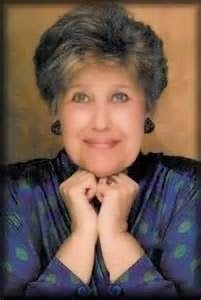 More humor from my favorite funny lady, Erma Bombeck . . . Does anyone remember Ann-Margaret?

In the throes of a winter depression cycle, there is nothing that will set you off like a group of fashion authorities who want to know, "Is your figure ready for a bikini this summer?" I got a flash for you, Charlie. My figure wasn't ready for a bikini last summer. Very frankly, I've hit a few snags.

There was a time when I had a twenty-three-inch waist. I was ten years old at the time. As I recall, my measurements were 23-23-23. I'm no fool. Even at ten years, I knew I could never be too jolly with those figures, so I started to eat.

In high school I used to reward myself with after-school snacks for (a) not stepping on a crack in the sidewalk, (b) spelling Ohio backwards, (c) remembering my locker combination.

After marriage, I added thirty pounds in nine months, which seemed to indicate I was either pregnant or going a little heavy on the gravy. It was the former. I am listed in the medical records as the only woman who ever gained weight during delivery.

My husband, of course, used to try to shame me by pasting a picture of Ann-Margaret on the refrigerator door with a terse note, "Count Calories." He hasn't tried that routine, however, since our trip to the shopping center last spring that coincided with a personal appearance by Mr. Universe.

"I thought we came here to look at a bedroom rug," he snapped. "You see one muscle, you've seen them all."

"I've been married eighteen years and I've yet to see my first one," I said, standing on my tiptoes. "Did you ever see so many muscles in your life?" I gasped. "That T-shirt is living on borrowed time. And listen to that. He says it just takes a few minutes a day to build a body like his. Hey, now he's touching his ear to his knees. Can you touch your ear to your knee?"

"What in heaven's name for?" he signed. "There's nothing to hear down there."

"You're really sensitive about all this, aren't you?"

"I certainly am not," he said emphatically. "Are we going to look at that bedroom rug or aren't we?"

"Not until you admit that you can't kick seven feet high, throw a football seventy-five yards and jump over an arrow you're holding in both hands."

"Then you'll take that picture of Ann-Margaret off my refrigerator door?"

"Yes. You know, in my day I used to have a set of pretty good arm muscles. Here, look at this. I'm flexing. Hurry up! See it? How's that for muscle?"

Personally, I've seen bigger lumps in my cheese sauce, but when you've won a war, why mess around with a small skirmish? 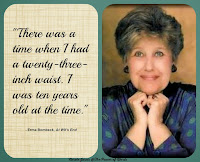