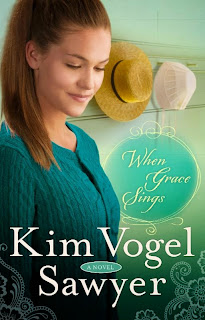 When trouble roars into quiet Arborville, Alexa and Anna-Grace find themselves the target for discord and exposed secrets. Can they continue to seek the God of all grace amidst the fog of confusion?

Alexa Zimmerman wonders if the Old Order Mennonite community in Arborville, Kansas will ever fully accept her. Her family roots here aren't what anyone thought when she first arrived, but she is hopeful that her culinary and hospitality skills will win the skeptics over. The bed-and-breakfast she's operating needs to succeed so Alexa agrees to allow Briley Forrester, the hotshot reporter from Chicago, to stay as a long-term boarder not knowing his real motives for being amongst the Plain folk.

But when Alexa agrees to host her cousin Anna-Grace Braun, the presence of extended family brings out Alexa's insecurities and sets Briley on the trail to uncovering a web of hidden truths.

Plans for a secure future and the sweetness of young romance hang in the balance when Alexa and Anna-Grace have to face that their secrets are interconnected, binding the two in ways they could not have imagined. They must trust in a loving, heavenly Father and His plan for their futures.

When Grace Sings is simply a beautiful, moving and poignant story. I'm the perfect audience for character-driven stories, which is something Kim Vogel Sawyer does extremely well. But even more than the rich characterization, she builds emotion into fascinating storylines and never fails to clearly present the gospel message in a way that flows naturally with the story.

Set in an Old Order Mennonite community in Arborville, Kansas, When Grace Sings is book #2 in The Zimmerman Restoration Trilogy. I regret that I haven't had time to read the previous book, When Mercy Rains, but Kim did such a good job at covering the past that I had no problem reading this book as a standalone. As with any series, however, I recommend reading the stories in order. I also need to mention that, although the ending is satisfying, not everything is wrapped up and there's much more to anticipate.

While this narrative flows easily from four different character perspectives, it's really a complex story because of all the relational and life issues brought in - teen pregnancy, adoption, family secrets, guilt, acceptance, following God's will. I loved and could easily relate to all the characters, but it's usually the most flawed character who draws me the most - and that would be the cocky and flirtatious Briley Forrester, a Chicago tabloid reporter who seeks to show that all is not peace and harmony within the Amish/Mennonite community, making a name for himself in the process. And then there's Steven, the "good" son who struggles with following the path his father has chosen for him. The two girls, Alexa and Anna-Grace, simply pull at the heartstrings.

Something I especially enjoyed is the spiritual message that Kim so flawlessly weaves into the narrative. The title, When Grace Sings, is beautiful in itself, but the meaning behind it is even more so - the idea of grace, so freely given, combining with Zephaniah 3:17's picture of God rejoicing over us with singing.

This story concludes with several characters still dealing with the effects of long-held secrets. We all know that it's only when they are brought into the light that secrets lose their power, so there is much to anticipate in the next story. I'll end with the thoughts Kim shared in a Litfuse interview when asked what she hoped readers would take away from this story, for she captures the essence of When Grace Sings so beautifully:

"God gives second chances. We as humans make our mistakes, we flounder and err and build walls that seem insurmountable. But when we confess our wrongdoings and ask God to redeem us, He brings restoration. It’s NEVER too late for a second chance."

I rate books according to how they affect me, so . . . 5 stars for When Grace Sings. Highly recommended. 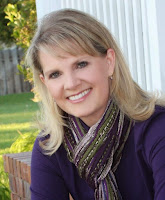 Kim Vogel Sawyer is the author of twenty-nine novels, including several CBA and ECPA bestsellers. Her books have won the ACFW Book of the Year Award, the Gayle Wilson Award of Excellence, and the Inspirational Readers Choice Award. Kim is active in her church, where she leads women's fellowship and participates in both voice and bell choirs. In her spare time, she enjoys drama, quilting, and calligraphy. Kim and her husband, Don, reside in central Kansas, and have three daughters and nine grandchildren.

To enter the drawing for When Grace Sings. . .

Have you ever been on either the giving or receiving end
of second chances?

If you'd like to receive e-mail notifications of reviews, author interviews and giveaways, please subscribe to my blog in the upper right corner. "Likes" on my Facebook page, ThePowerofWordsBookReviews, are also greatly appreciated, as are followers on Google+, Pinterest, Twitter, and this blog.

BE SURE TO LEAVE YOUR E-MAIL ADDRESS in a safe format - [at] and [dot] - for the drawing. E-mail required for entry. Contest ends at midnight PST on Thursday, May 28. Winner will be chosen by Random.org and contacted by e-mail. Respond within 48 hours of notification or another winner will be chosen.

Eligibility: US residents
Posted by Carole at 9:29:00 PM