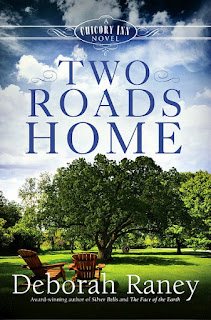 What if it’s too late for dreams to come true?

Minor-but-nagging setbacks continue to sour Grant and Audrey Whitman’s initiation into the world of innkeeping, but larger challenges brew when an innocent flirtation leads to big trouble for the Whitmans’ son-in-law, Jesse. Jesse Pennington’s friendly, outgoing personality has always served him well, especially in a career that has earned him and his wife Corinne a very comfortable lifestyle. But Corinne and Jesse are both restless—and for similar reasons, if only they could share those with each other. Instead, too many business trips and trumped-up charges of harassment from a disgruntled coworker threaten their marriage and possibly put their three precious daughters at risk.

With their life in disarray, God is tugging at their hearts to pursue other dreams. Can Corinne and Jesse pick up the pieces of what was once a wonderful life before it all crumbles beneath them?

Deborah Raney's Chicory Inn series is excellent - well written with lots of family drama that kept me eagerly turning the pages. Women's fiction is one of my favorite genres and I wish there was more of it in the CBA. This series reminds me of the family saga format that I have always loved - the exception being that instead of following a family through several generations, the stories are grounded by the parents, Grant and Audrey Whitman, and each sibling gets their own story.


Two Roads Home, book #2 in the series, returns us to the Whitman family that we met in Home to Chicory Lane (click on title for my review), and focuses on the oldest daughter, Corinne, as she and Jesse deal with their first real crisis. With themes of greed, lust, jealousy, and lack of total communication within marriage, this story mimics real life, but in an honest and uplifting way. Even Audrey, often caught between the pressures of running an inn and the demands of her children, isn't immune from conflict . . . "She hated how often she felt torn between her new career and her family - most of whom were supposed to be grown and independent, but apparently some of them had yet to get the memo."

Corinne and Jesse live in a beautiful house and have three precious girls, giving the outward impression that they have it all - but does anyone ever really "have it all"? Jesse has the outgoing qualities that are an asset in sales, yet he feels trapped in his job and craves a major career change, one which will require a lot of lifestyle sacrifices for his family. Corinne is devoted to Jesse and her girls and especially loves being the stay-at-home mom that his income affords. I was frustrated with Corinne for a large part of the book, until I stopped to wonder if there were times in life where I hadn't been all that different.


This is one of those novels where you won't find a lot of overt spiritual references, yet I felt God's presence throughout the story. Sacrifices are made, battle wounds result in greater strength as a couple, and unfulfilled dreams lead to a seeking of what God's dream or will might really be. Love and commitment to family is also a major theme and I think it would be a blast to be present one Tuesday night when the whole Whitman clan gathers for a meal in their charming Chicory Inn.

Two Roads Home reaches a satisfying conclusion, but it's obvious there is a lot more to come. I greatly enjoyed this story and the only thing I wished for was greater character depth for Jesse and Corinne. I look forward to book #3, Another Way Home, which releases in October 2015. Highly recommended.

Thank you to Deborah for creating a lovely Pinterest board for this series (from which I borrowed a couple of pictures). 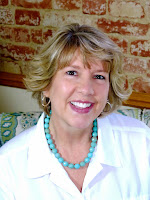 Deborah Raney’s books have won numerous awards, including the RITA, National Readers Choice Award, HOLT Medallion, and the Carol Award, and have twice been Christy Award finalists. She and her husband, Ken, recently traded small-town life in Kansas—the setting of many of Deborah’s novels—for life in the (relatively) big city of Wichita, where they enjoy gardening, antiquing, movies, and traveling to visit four children and a growing brood of grandchildren who all live much too far away.

To enter the drawing for Two Roads Home . . .

1) If you're on Facebook, please visit ThePowerofWordsBookReviews and "like" my page if you would care to (not required).


How do you plan to celebrate the July 4 weekend?

If you'd like to receive e-mail notifications of reviews, author interviews and giveaways, please subscribe to my blog in the upper right corner.

BE SURE to leave your name and your email address in a safe format - [at] and [dot] - for the drawing. E-mail required for entry. Contest ends at midnight PST on Monday, July 6. Winner will be chosen by Random.org and contacted by e-mail.

Eligibility: US residents, 18 and older