Review: Gone without a Trace 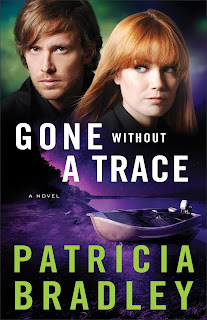 Gone without a Trace
By Patricia Bradley
Logan Point, #3
Revell, 2015

The past is repeating itself--and time is running out

It's been more than two years since homicide detective Livy Reynolds's cousin disappeared from Logan Point. Unlike most people in her hometown, Livy has never believed that Robyn left voluntarily. When Dallas private investigator Alex Jennings contacts her concerning a senator's missing granddaughter who was last seen in Logan Point, Livy notices eerie similarities between the two disappearances. With self-doubt plaguing her and an almost instant dislike of the self-assured PI, she's finding this investigation an uphill battle. But with the prospect of finding her cousin on the horizon, she'll have to find a way to work with Alex--before it's too late.

Award-winning author Patricia Bradley keeps you on the edge of your seat with a case--and a relationship--that is anything but certain.

Although not naturally a fan of suspense, I am seemingly addicted to Patricia Bradley's novels. It was probably the appeal of a southern setting that initially drew me to Shadows of the Past, book #1 in the Logan Point series, and I quickly realized Patricia was an author I wanted to follow. Gone without a Trace is book #3 - and while series characters make appearances and a previously-introduced mystery thread is solved, this book can stand alone.

Gone without a Trace moves at a pretty fast pace and kept me guessing as to the villain's identity, although I read more for enjoyment of plot and characterization than trying to figure out whodunit.  I did love all the various twists and surprises, though! Without being too scary for me, the story combines elements of mystery, intrigue, tension, and sweet romance along with the spiritual insight that I appreciate in Christian fiction. The blend between suspense and romance was perfect, and I especially appreciated how the chemistry between Alex and Livy seemed natural and easy, rather than being overblown like I've occasionally seen in other romantic suspense novels.

The story is set in Memphis and its surrounding areas - specifically Logan Point, Mississippi, with its lovely lake views and small-town feel. I have to smile when I think of how many mystery series have idyllic, small-town settings and are then populated with one grisly murder after another - but this makes for great reading and Patricia does it extremely well. I actually fought the urge to read fast in order to prolong my time with these enjoyable characters.

I think depth of characterization is one reason why I enjoy Patricia's writing so much, for her strong characters, with their complex emotions, concerns and troubled pasts, are always three-dimensional - even the villain, as we're made privy to his background and motives. Alex, a PI whose investigation brings him to Logan Point, tends to struggle with following through on some issues as he fights against his grandfather's wish that he take the bar exam. Detective work consumes Livy and she can't imagine what life would be without it, yet she finds herself held hostage by the guilt of past events and her ability to react under the stress of the moment called into question by both her superiors and partner.

I also came to care about Robyn and Chase, two secondary characters who are featured in strong roles, and was eager to see how their story played out. Good writing spotlights characters that grow, and Robyn exemplifies that beautifully as a woman who finds the courage to face her fears and help in a police investigation. Glimpses of God's grace are seen in the godly mother who prayed faithfully without giving up hope, and also a husband's realization that he just might have contributed to previous marital problems.

"Do you read your Bible because you want to or so you can
mark it off a list? . . . I always thought it was about a
relationship, not about doing things or following rules."
- Alex to Livy

I loved those words because they speak to the matter of relationship and trust when it comes to theological questions that have been debated since the beginning of time. Livy had always thought that if she did her part by following the rules, then God would do His part in turn, but then came the questions that surely all of us have asked at one time or another:  Where was God when . . .? Questions and doubt must eventually give way to trust, as Patricia beautifully conveys through these characters.

Gone without a Trace comes to a very satisfying conclusion, but I look forward to more when it comes to the romance between Alex and Livy, as well as returning to Logan Point and these characters. Book #4, Silence in the Dark, releases in April 2016 and I believe this will be Bailey's story. Can't wait!

Patricia Bradley writes my kind of suspense. I highly recommend Gone without a Trace, as well as the whole Logan Point series.

Please click on titles to see my review of the previous two books:
Shadows of the Past, #1
A Promise to Protect, #2 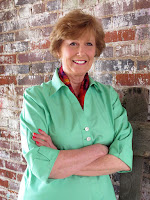 Patricia Bradley is the winner of a 2012 Daphne du Maurier Award and a 2012 Touched by Love Award and was also a finalist for the 2012 Genesis Award. The author of Shadows of the Past and A Promise to Protect, she is a member of American Christian Fiction Writers and Romance Writers of America. Bradley makes her home in Mississippi.