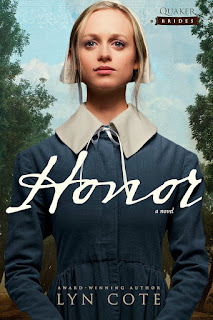 When unexpected circumstances leave Honor Penworthy destitute after the death of her grandfather, she is forced to leave her Maryland plantation—and the slaves she hoped to free—and seek refuge with a distant relative. With no marketable skills, her survival hinges on a marriage arranged through the Quaker community to local glass artisan Samuel Cathwell. Samuel is drawn to Honor, but he has been unwilling to open his heart to anyone since scarlet fever took his hearing as a child.

A move west brings the promise of a fresh start, but nothing in Honor’s genteel upbringing has prepared her for the rigors of frontier life with Samuel. Nevertheless, her tenacity and passion sweep her into important winds of change, and she becomes increasingly—though secretly—involved in the Underground Railroad. Samuel suspects Honor is hiding something, but will uncovering the truth confirm his worst fears or truly bring them together as man and wife?

Set against the backdrop of dramatic and pivotal moments in American history, the Quaker Brides series chronicles the lives of three brave heroines, fighting to uphold their principles of freedom while navigating the terrain of faith, family, and the heart.

I have been blessed to read some extremely moving books lately, and Honor by Lyn Cote is another. The story is well written, filled with rich historical detail, and the lead characters are complex - as is their marriage. I found Honor very enjoyable, compelling, and relevant for the world in which we live.

Honor opens in Tidewater, Maryland, during the year of 1819 and transitions to Ohio as Samuel and Honor move west to start their life together. It was a time when skin color and disability marked a person as of less value to the world - and, as Lyn shared at the end, Ohio was a place that "simmered and at times boiled as a hotbed of conflict and activism over the issue of abolition."

Both Samuel and Honor are strong, well-developed characters who I immediately connected with and cared for.The title character, Honor, was "shunned by the living and betrayed by the dead" because of her passion and convictions for doing the right thing, and her personal cost was great. Honor wants to be loved by her husband, and I admired her strength, faith, caring heart, and willingness to take risks in order to help others gain freedom.

Samuel, a lead character who is deaf, is fascinating. Life experiences have made him grow embittered, turn away from his faith, and erect walls, afraid to care for fear of being hurt. "When people found out he was deaf, they usually tried to act as if he were invisible." There's plenty of romantic tension and it was fun to watch their relationship grow.

Honor has a relevancy that is timeless, as can be seen in these two quotes . . .


"When a person does what is right, it stirs the rage
of those who will not turn from doing the same evil."

I loved the complexity in Samuel and Honor's relationship, for while Honor could not turn a blind eye to those fleeing the evils of slavery, Samuel at first tolerates it as just being the way things are and doubts that a few people can do anything to change it.


"Sometimes one must work for what is right,
even when the odds of victory appear small."

While Honor entertains, it also left me with much upon which to reflect. Highly recommended.

Book #2, Blessing, has recently been released. 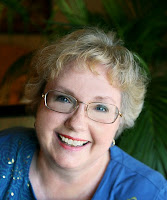 Lyn Cote, known for her "Strong Women, Brave Stories," is the award-winning, critically-acclaimed author of more than 35 novels. Her books have been RITA Award finalists and Holt Medallion and Carol Award winners. Lyn received her bachelor's degree in education and her master's degree in American history from Western Illinois University. She and her husband have two grown children and live on a small but beautiful lake in northern Wisconsin.