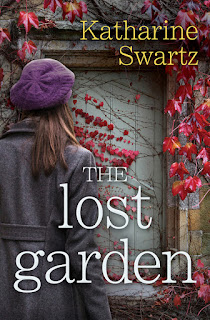 Marin Ellis is in search of a new start after her father and his second wife die in a car accident leaving her the guardian of her fifteen-year-old half-sister, Rebecca. They choose the picturesque village of Goswell on the Cumbrian coast and settle into Bower House, the former vicarage, on the edge of the church property. When a door to a walled garden captures Rebecca's interest, Marin becomes determined to open it and discover what is hidden beneath the bramble inside. She enlists the help of local gardener Joss Fowler, and together the three of them begin to uncover the garden's secrets.

In 1919, nineteen-year-old Eleanor Sanderson, daughter of Goswell's vicar, is grieving the loss of her beloved brother Walter, who was killed just days before the Armistice was signed. Eleanor retreats into herself and her father starts to notice how unhappy she is. As spring arrives, he decides to hire someone to make a garden for Eleanor, and draw her out of--or at least distract her from--her grief and sorrow. Jack Taylor is in his early twenties, a Yorkshire man who has been doing odd jobs in the village, and when Eleanor's father hires him to work on the vicarage gardens, a surprising--and unsuitable--friendship unfolds.

Deftly weaving the dual narratives, Katharine Swartz explores themes of loyalty and love through her memorable characters and strong sense of place.

The Lost Garden by Katharine Swartz is a moving story with beautiful prose, rich characterization, and an atmospheric quality - simply my kind of relationship drama. This is an emotional story involving two sets of sisters - Marin and Rebecca in contemporary times, and Eleanor and Katherine almost 100 years earlier - both occupying the same plot of land and both dealing with grief. Every chapter alternates between Marin and Eleanor's voice, in a way that was never confusing, and I was equally invested in both stories, loving the way they connected.

This is a character-driven story, and readers won't find fast-paced action or passionate chemistry between the characters, yet the emotions simmer beneath the surface. Foundations are laid during the first several chapters, with the pace picking up and building to a powerful and beautiful ending. Thanks to Katharine's quality writing, I was caught up in the vividly-conveyed Cumbria setting, which felt like a major character, and given much cause for reflection.

Beginning shortly after the signing of the Armistice in 1918, Eleanor's story was especially compelling as she faced the effects of war - from the death of a loved one to the inexplicable changes in those who returned . . . "The men who did come back were not the same as those who had left. . . . These men were gaunt, hollow-eyed strangers; some of them missing limbs, others blind or scarred. And even the ones with no visible wounds at all still seemed different - somehow less."

When it comes to drama, there's just something special about British characters and settings. It was easy for me to connect with these characters as they struggled with loss and not knowing how to just "be." The Lost Garden is real and honest, but not depressing, and spiritual themes are woven throughout. I hope to read more books by Katharine Swartz. Highly recommended to those who enjoy relational drama with rich characterization. 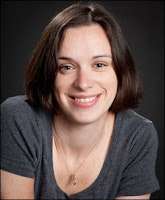 After spending three years as a diehard New Yorker, Katharine Swartz now lives in the Lake District with her husband, an Anglican minister, their five children, and a Golden Retriever. She enjoys such novel things as long country walks and chatting with people in the street, and her children love the freedom of village life--although she often has to ring four or five people to figure out where they've gone off to!

In addition to writing women's fiction, she writes contemporary romance for Mills & Boon Modern under the name Kate Hewitt. Whatever the genre, she enjoys delivering a compelling and intensely emotional story.

Thank you to Kregel Publications for providing a copy of this book in exchange for my honest review.