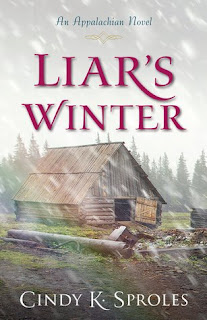 Lochiel Ogle was born with a red-wine birthmark--and it put her life in jeopardy from the moment she entered the world. Mountain folks called it "the mark of the devil," and for all the evil that has plagued her nineteen-year existence, Lochiel is ready to believe that is true. And the evil surely took control of the mind of the boy who stole her as an infant, bringing her home for his mother to raise.

Abused and abandoned by the only people she knows as family, Lochiel is rescued by a peddler and given the first glimpse of love she has ever known. The truth of her past is gradually revealed as is the fact that she is still hunted by a brother driven to see her dead. Unsure if there's anyone she can truly trust, Lochiel is faced with a series of choices: Will she continue to run for escape or will she face her past and accept the heartbreaking secrets it reveals? Which will truly free her?

Set in the wild and beautiful Appalachian Mountains of nineteenth-century East Tennessee, Liar's Winter is an unflinching yet inspirational exploration of prejudice and choice.

Liar’s Winter is a powerful story written by an equally powerful storyteller. Cindy K. Sproles writes with a fresh voice in Christian fiction and spins a mesmerizing, character-driven tale as hauntingly beautiful as its Smoky Mountain setting.

From the time in my youth when I read Catherine Marshall’s Christy, I’ve been drawn to Appalachian settings, and I’m not sure why. Maybe it’s a combination of elements ... for instance, the raw beauty of an untamed land – isolated, an area unto itself – and the naiveté, superstition and innocence of its people. The lyrical voice of Sproles captures the essence of late nineteenth-century Appalachia and its people in this story of faith and redemption. The dialect and ungrammatical language of the mountain people is easy to follow, even bringing back memories of my own north Georgia ancestry.

If a character has ever stolen my heart, it’s Lochiel. With her horrifying background of abuse, brokenness and abandonment, concepts of love, trust, tenderness and caring are unimaginable to her. Liar’s Winter is raw and gritty, just like Lochiel’s life. But contrasted with that is Lochiel’s moving response to honesty, compassion, and grace.

I’m more of a fan of drama than suspense and adventure; but although those elements are present, they fit the storyline. Strong secondary characters like Walton, Edna and Silas also captured my heart. Liar’s Winter is a story of prejudice and choices; it's not a light read, but a compelling and memorable one.

I was provided a free copy of this book from Kregel Publications. The opinions expressed in this review are entirely my own. 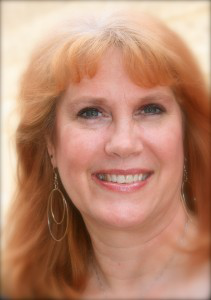 Cindy Sproles is an author and speaker. She is the cofounder of Christian Devotions Ministries and the cowriter of the popular He Said, She Said Devotions written with her cofounder, Eddie Jones. She is a novelist and best-selling author.

Cindy’s devotions and articles are published in Christian newspapers across the eastern seaboard, including having been used to represent legislature for protection of the elderly. She is a speaker to women’s conferences addressing not only the heart of women, but also their biblical responsibilities to their families.

As a teacher and speaker for Christian Writers Conferences, Cindy teaches writing skills and how to write placing God in the forefront. She is a contributing author to CBN.com and is the Executive Editor for www.christiandevotions.us and the Managing Editor for Lighthouse Publishing of the Carolinas’ imprints: SonRise Devotionals and Straight Street Books. She is a certified life coach and mentor, an eldercare specialist and a special needs advocate.

Her book, New Sheets – Thirty Days to Refine You Into the Woman You Can Be is being used to help raise funds for Hope House, an abortion crisis center and her novel, Mercy’s Rain, is giving a voice to children who suffer sexual child abuse. Cindy is also the coauthor of He Said, She Said – A Devotional Guide to Cultivating a Life of Passion.

She is the mother of four adult sons and lives in the mountains of East Tennessee with her husband. 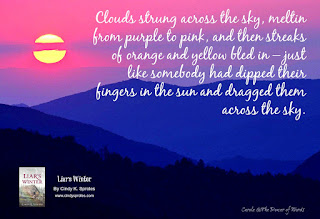