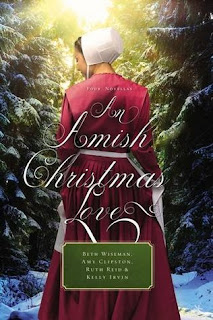 Winter Kisses by Beth Wiseman – Three generations of Stoltzfus women are all living under the same roof. At twenty-five, Naomi has never been married, and both her mother, Barbara, and her grandmother, Ruth, have recently been widowed. Each nursing broken or lonely hearts, they also each have potential suitors. When a storm on Christmas Eve forces the three couples to take shelter in the basement of the Stotlzfus homestead, secrets are revealed, hearts are opened, and all three potential grooms drop to their knees for very different reasons a proposal, a prayer, and an epiphany.

The Christmas Cat by Amy Clipston – Emma Bontrager is spending her first Christmas alone after her husband of 45 years, Henry, passed away in July. Although the Amish don t normally allow animals in their homes, a big, fat, orange barn cat keeps coming into Emma s house. She shoos the cat away, but it continues to appear in her house, settling on Henry s favorite wingchair. But the cat isn’t the only Christmas visitor: a group of young people help bring the Christmas spirit to Emma, reminding her that love and hope abide.

Snow Angels by Kelly Irvin – As a young man enjoying his rumspringa, David Byler gave his heart to an Englisch girl, but he eventually realized he couldn’t give up his Plain faith and family for her, so he let her go. He’s found a new love in his Bee County Plain community, Molly Shrock. Molly has been patient, waiting for the man she loves to love her back. Just as he is ready to propose, David makes a startling discovery: Bobbie McGregor, his Englisch love, is back. Will Molly’s prayers for a Christmas love be answered?

Home for Christmas by Ruth Reid – When a misdirected GPS sends Ellie Whetstone to the wrong address, she inadvertently finds herself breaking into the home of Amish man, Ezra Mast. Ellie hopes to fix up the house left by her aenti and sell it quickly, but a series of run-ins with Ezra and his young daughter have her questioning whether a hasty sale is the right move. Could this new place with its slower pace be the right home for Ellie?

Novella collections are the perfect read when I need a break during busy times, which happens more often than I’d like! And since I love Amish fiction, An Amish Christmas Love by four authors that I always enjoy was so very satisfying. Each story is centered around the Christmas season and includes some romance.

Winter Kisses by Beth Wiseman is a little unconventional, and I loved that about it. With three generations of unmarried women living under one roof, and three eligible bachelors staying in their guest house, what could possibly go wrong? The grandmother, Ruth, simply stole the show with her outspokenness and unconventional ways. Just a fun story in every way, but with that touch of seriousness that Wiseman is known for.

The Christmas Cat by Amy Clipston … Now anyone who knows of my love for cats suspects that I would gravitate to this story, and they would be right. I don’t know if cats can really respond to a human’s emotions, but I’ve had a few unexplainable experiences with these precious felines over the years. Little Hank stole my heart, of course, but there’s much more than that involved with this well-crafted story. Clipston has an ability to draw from the ordinariness of life and create a narrative that not only inspires, but connects you emotionally from the first page. What would normally be a depressing theme is offset by sweet memories as Emma reminisces, four thoughtful young adults who are snowbound at Emma’s, and a cat that adopts her … all resulting in a joyful and hope-filled story, reflected in this prayer from Romans 15:13: “May the God of hope fill you with all joy and peace as you trust in him …”

Sometimes a novella will continue with secondary characters from the author’s other books – and while I don’t know for sure, I suspect that might be the case with Snow Angels by Kelly Irvin. I enjoyed this sweet story, especially its spiritual themes of forgiveness and transformation, but I felt like there was a lot of backstory that I didn’t know. Still a good read and I’m glad it was included in this collection.

Ruth Reid is an outstanding writer and Home for Christmas is a wonderful conclusion to this collection. However, I need to finish reading this story before sharing my thoughts in order to do it justice. I’ll update this review very soon.

I was provided a free e-copy of this book through the author and NetGalley. The opinions expressed in this review are entirely my own.

Beth Wiseman is the best-selling author of the Daughters of the Promise series and the Land of Canaan series. Having sold over 1.5 million books, her novels have held spots on the ECPA (Evangelical Christian Publishers Association) Bestseller List and the CBA (Christian Book Association) Bestseller List. She is a two-time winner of the Carol Award in, a three-time winner of the Inspirational Readers Choice Award, and an INSPY Award winner. In 2013 she took home the coveted Holt Medallion.

This is Beth’s fifteenth novel, and she has also published thirteen novellas that appear in various Thomas Nelson collections. 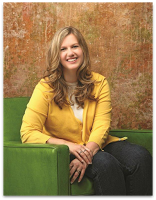 Amy Clipston is the award-winning and bestselling author of the Kauffman Amish Bakery series. Her novels have hit multiple bestseller lists including CBD, CBA, and ECPA.

Amy holds a degree in communication from Virginia Wesleyan College and works full-time for the City of Charlotte, NC. Amy lives in North Carolina with her husband, two sons, and three spoiled rotten cats.

Kelly Irvin is the author of The Beekeeper’s Son, the critically acclaimed first novel of the Amish of Bee County series. Kelly is also the author of several Amish series including the Bliss Creek Amish series, the New Hope Amish series, and the Amish of Bee County series. The Kansas native is a graduate of the University of Kansas School of Journalism. She has been writing nonfiction professionally for thirty years, including ten years as a newspaper reporter, mostly in Texas-Mexico border towns. She has worked in public relations for the City of San Antonio for twenty years.

Kelly has been married to photographer Tim Irvin for twenty-seven years. They have two young adult children, two cats, and a tank full of fish. In her spare time, she likes to write short stories and read books by her favorite authors.

Ruth Reid is a CBA and ECPA bestselling author of the Heaven on Earth series. She's a full-time pharmacist who lives in Florida with her husband and three children.

When attending Ferris State University School of Pharmacy in Big Rapids, Michigan, she lived on the outskirts of an Amish community and had several occasions to visit the Amish farms. Her interest grew into love as she saw the beauty in living a simple life.