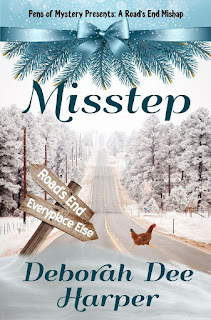 Pastor Hugh Foster: His heart was in the right place, even if, in hindsight, it appeared he’d clearly taken leave of his senses.

It’s December in Road’s End, Virginia, a tiny town long forgotten by anyone but its residents, where Colonel Hugh Foster and his wife, Melanie, have chosen to live—for better or worse. The jury’s still out on that one!

Road’s End is comprised entirely of senior citizens whose kids have grown and left for greener pastures. Hugh, Melanie, and Bristol (one of the few sane people in town) are faced with a crumbling church in desperate need of repair and renovation, a dwindling congregation of opinionated, ornery senior citizens, and a camel—yes, a camel. And if that's not enough, the trio and the rest of the Road's End residents are soon mired in danger and intrigue when a group of gun-toting drug dealers arrive in town, bent on killing the church handyman, and conspiring to ruin the doggonedest record-breaking blizzard the town has ever seen.

I absolutely adored Misstep, book #1 in The Road’s End series by new-to-me author Deborah Dee Harper. This story is unusual, fresh – and dare I say unique? It’s full of laughter and spiritual gems. The greatest compliment I can pay is to say that I’d like not only to visit Road’s End, Virginia and get to know the colorful people who inhabit this small rural community, but I long to spend time with author Deborah Dee Harper as well. Her delightful sense of humor simply clicks with me, and she quite capably projects it into her characters and situations in which they find themselves.

Here’s just a small taste of what you will find in Road’s End … chickens who escape and take on a life of their own, a camel named Sophie, a lonely recluse, crooks out for revenge, senior citizens who are in no way intimidated by these threatening guys, an exploding Hummer, and the granddaddy of all blizzards. On the night that all these ingredients converge, Pastor Hugh realizes that he had an army of nineteen men, “fifteen of them above the age of seventy-five – and an eighty-three-year-old, half-frozen woman who hadn’t spoken a civil word to anyone in town since the FDR administration.”

I’m excited about the possibilities that lie ahead for Hugh Foster, a former military chaplain, who retires to Road’s Inn and suddenly finds himself pastoring the small congregation that faces challenges when it comes to numerical growth … What had happened to the cozy little world I’d envisioned not so long ago – the one where I retire in comfort to a charming Virginia village, buy an inn with my beautiful wife, and live a carefree existence devoid of detonations, exotic animals, general pandemonium? This story resonates with me because I live in the south and have family ties to communities with similar characteristics.

Cleverly wrapped up in all this quirky characterization and humor are spiritual insights that speak to the daily-lived Christian life – family, redemption, and forgiveness, both of others and of self, through God’s grace. Emma is a pivotal character that touched me so very deeply … Who was she? The rich old woman who doesn’t need anybody – or the little girl who needs anybody who’ll have her? Her backstory and journey of transformation speaks to all of us.

Humor is obviously a strength of this story, but equally impressive is the author’s descriptive narrative talent. I’ll end with this example, one of Emma’s reflective moments …

Emma had little respect for the accomplishments of man, but nature’s endeavors never failed to surprise and impress her. The sun that healed, comforted, nurtured every living thing; the wind that scattered seeds, ushered the clouds across the sky, soothed her during the day and lulled her to sleep at night; even the dark clouds that drizzled rain and shrouded the mountains in mist – all were elements of something far greater than man could dream up on his own.

Misstep was a fascinating and engrossing read for me, a novel that should have universal appeal. It also goes on my 2018 favorites list.

I received a copy of this book through Celebrate Lit Tours. The opinions expressed in this review are entirely my own.

Next in series: Faux Pas 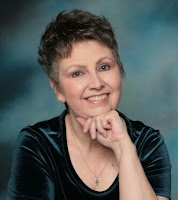 Deborah Dee Harper writes from Murfreesboro, Tennessee, and specializes in humorous, inspirational Christian books for both children and adults. Her novel, Misstep, is the first book in her Road’s End series for adults (although children are welcome to read them as well).

She’s also written a children’s adventure series, Laramie on the Lam, that is inspirational, humorous, and full of fun. (Many of Laramie’s fans are adults!)