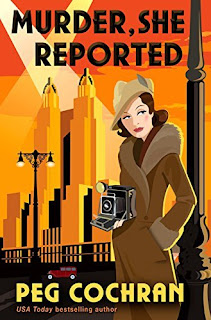 Manhattan, 1938. Tired of being trapped in the gilded cage of her family’s expectations, Elizabeth Adams has done what no self-respecting socialite would think to do: She’s gotten herself a job. Although Elizabeth’s dream is to one day see her photographs on the front page of the Daily Trumpet, for now she’s working her way up as the newsroom’s gal Friday.

But fetching coffee isn’t exactly her idea of fun. So when veteran reporter Ralph Kaminsky needs a photographer to fill in for a last-minute assignment, Elizabeth jumps at the chance. At the Waldorf Hotel, Elizabeth is tasked with tracking down the season’s “It girl,” Gloria DeWitt, who will be making her society debut. Working her own connections to New York’s upper crust, Elizabeth manages to land an exclusive interview with Gloria.

Then Gloria’s stepmother is shot dead in a Waldorf bathroom, placing Elizabeth at the scene of a headline-worthy scandal: “Murder of a Society Dame.” Now Elizabeth will have to get the scoop on the killer before her good name gets dragged through the gossip columns—or worse. . . .

Murder She Reported begins an interesting new series by Peg Cochran. I loved the period setting of 1930s New York City and the author did a very good job conveying the feel of that era – not only through the physical sights, but music, society structure, etc.

Elizabeth, nicknamed “Biz” by another reporter, is a well-drawn and sympathetic leading character. The difference between NYC’s upper class and the regular folk is distinctive as Elizabeth, part of that upper class, is caught between meeting her family’s society-related expectations and wanting to make a contribution on her own merit. I admired her determination to work hard, succeed, and not be held back by physical disability resulting from the polio she experienced as a child.

Elizabeth’s photography skills open the door to opportunity, and I enjoyed the relationship between Elizabeth and the seasoned reporter, Kaminsky. I thought it interesting that, in a male-dominated business, she wasn’t even appreciated by other female employees. The mystery itself is well crafted, fairly complex, and not one I could easily solve.

A few negatives for me were some lengthy descriptions that slowed the narrative down at times, and a few things that weren’t developed … For instance, I expected the envious photographer who threatened Elizabeth to play a prominent part. I was also very disappointed in the use of profanity.

Murder She Reported is an enjoyable mystery overall and should appeal to fans of historical mysteries. I’d like to see this story developed into a series. 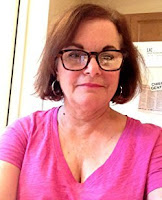 Mystery writing lets Peg indulge her curiosity under the guise of “work” (aka research). As a kid, she read the entire set of children’s encyclopedias her parents gave her and has been known to read the dictionary. She put pen to paper at age seven when she wrote plays and forced her cousins to perform them at Christmas dinner. She switched to mysteries when she discovered the perfect hiding place for a body down the street from her house.

When she’s not writing, she spends her time reading, cooking, spoiling her granddaughter and checking her books’ stats on Amazon.

A former Jersey girl, Peg now resides in Michigan with her husband and Westhighland white terrier, Reg. She is the author of the Sweet Nothings Lingerie series (written as Meg London), the Gourmet De-Lite series, the Lucille series, the Cranberry Cove series,   and the Farmer’s Daughter series. 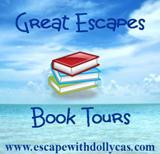