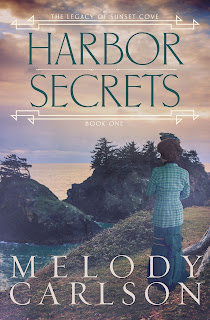 A Peaceful Coastal Town…Threatened by a Storm of Secrets

It's 1916 when newspaper woman Anna McDowell learns her estranged father has suffered a stroke. Deciding it's time to repair bridges, Anna packs up her precocious adolescent daughter and heads for her hometown in Sunset Cove, Oregon.

Although much has changed since the turn of the century, some things haven’t. Anna finds the staff of her father’s paper not exactly eager to welcome a woman into the editor-in-chief role, but her father insists he wants her at the helm. Anna is quickly pulled into the charming town and her new position…but just as quickly learns this seaside getaway harbors some dark and dangerous secrets.

With Oregon’s new statewide prohibition in effect, crime has crept along the seacoast and invaded even idyllic Sunset Cove. Anna only meant to get to know her father again over the summer, but instead she finds herself rooting out the biggest story the town has ever seen—and trying to keep her daughter safe from it all.

I thoroughly enjoyed Harbor Secrets, book #1 in Melody Carlson’s new Legacy of Sunset Cove series. Carlson’s Christmas novellas have long been a favorite part of my seasonal reading, and while I was sure I would enjoy this different type of story from her, I was pleasantly surprised at how much I liked it.

The small-town setting of Sunset Cove on Oregon’s coast combines with historical detail, resulting in an atmospheric and multifaceted story. The summer of 1916 wasn’t an easy time for talented, strong women like Anna McDowell, for while they had won the right to vote, they still weren’t welcomed as leaders in the workplace. Oregon had enacted Prohibition laws, but big-city crimes of smuggling and rum-running made their way to quiet coastal areas like Sunset Cove. Just the right amount of light suspense and tension comes in other ways, such as criminal elements in city politics and the return of Anna’s mother, who had abandoned her family years earlier.

Anna returns to Sunset Cove with her daughter after her father’s stroke, and one of my favorite parts is the relationship between 16-year-old daughter and grandfather. Anna feels confident in taking over the newspaper during her father’s recovery, and there’s a great scene when she confronts the existing editor-in-chief, a man of questionable character and motives. As far as romance, Anna finds herself with three suitors, but I didn’t sense any chemistry with any of them at this stage.

I think that as the first book of three, Harbor Secrets lays a strong foundation of characters and events, with much more development to come. In spite of that, I was caught up in this story and found it hard to put down. I am certainly eager to read the next book, Riptide Rumors. 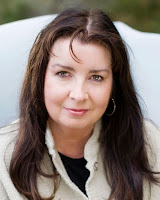 Melody Carlson has written more than 200 books (with sales around 6.5 million) for teens, women, and children. That’s a lot of books, but mostly she considers herself a “storyteller.” Her young adult novels (Diary of a Teenage Girl, True Colors etc.) appeal to teenage girls around the world. Her annual Christmas novellas become more popular each year. She’s won a number of awards (including RT’s Career Achievement Award, the Rita, and the Gold medallion) and some of her books have been optioned for film/TV.
Carlson has two grown sons and makes her home in the Pacific Northwest with her husband and yellow Lab dog.