Review: Be Still My Soul 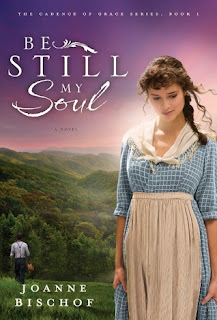 Be Still My Soul, book one in The Cadence of Grace series by Joanne Bischof, is a beautifully crafted and moving novel set in the Appalachian mountains of Virginia at the turn of the last century. Joanne writes that this series "weaves together the threads of yearning, hope, and redemption to form a tale that I hope will touch your heart, stir your senses, and evoke a greater understanding for the majestic God who created every hue and surface of the mountains I hold so dear."


Night’s chill tickled her skin. Lonnie pressed her hands together and glanced up. He was even more handsome up close. Having grown up the shy, awkward daughter of Joel Sawyer, she’d hardly spoken to any boy, let alone the one who had mothers whispering warnings in their daughter’s ears and fathers loading shotguns.


Pretty Lonnie Sawyer is shy and innocent, used to fading into the background within her family, and among the creeks and hollows of the Appalachian hills. Though her family is poor and her father abusive, she clings to a quiet faith. But when handsome ladies’ man and bluegrass musician Gideon O’Riley steals a kiss, that one action seals her fate.


Her father forces her into a hasty marriage with Gideon—a man she barely knows and does not love. Equally frustrated and confused by his new responsibilities, Gideon yearns for a fresh start, forcing Lonnie on an arduous journey away from her home in Rocky Knob. Her distant groom can’t seem to surrender his rage at the injustice of the forced matrimony or give Lonnie any claim in his life.


To put it simply, I fell in love with everything about Be Still My Soul - Joanne's lyrical writing, the Appalachian setting, rich characterization, the use of music, and the theme of God's grace. The phrase "heartfelt fiction" on her website is certainly an accurate description. Jebediah and Elsie, warm and endearing supporting characters, play a strong part in this story.


The Blue Ridge mountains of Appalachia felt like one of the main characters. If you grew up with the Walton family or read Catherine Marshall's Christy, you will appreciate how beautifully Joanne captured the essence of the region - its rugged beauty amidst great poverty, the occasional moonshine still and shotgun wedding, a proud and hard-working people who expressed joy and hope through music.


There's not a lot to like about Gideon in the beginning.  He's a ladies' man, immature, cares only about himself, and looks to blame others for his actions. Lonnie, in spite of growing up with an abusive father, is a sweet, gentle, shy young lady with a quiet faith, instilled by her loving aunt. Happiness and contentment seem doubtful when marriage is forced on this unlikely couple. On their wedding day, "Lonnie glanced around the churchyard decorated only with dried summer grasses and early autumn leaves. She'd always imagined her wedding would have peach cobbler and plenty of waltzes. Her friends would have toasted to the happy couple, and she would want this day to last as long as possible. She would have danced into the night with her new husband, until the stars lighted their path home. But when Gideon's shoulder brushed against hers, she knew that dream was gone."


The spiritual theme is quiet in this story, evidenced by Lonnie's quiet faith, but ever present nonetheless. It is a sign of an author's talent when you can be drawn to such an unlovely character as Gideon - and his slow, gradual redemption is moving and inspiring. "Gideon tried to remember what it was he'd seen in Lonnie. It was more than her sweetness, her goodness. He saw faith. He didn't know what it entailed, but he knew she had always believed there was something redeemable in him. Could he not think the same?" Lonnie's faith is shown through the words of this beautiful hymn that she sings . . .


Come, Thou Fount of every bless, tune my heart to sing Thy grace;
Streams of mercy, never ceasing, call for songs of loudest praise.
Teach me some melodious sonnet, sung by flaming tongues above.
Praise the mount. I'm fixed upon it, mount of Thy redeeming love.
Be Still My Soul is a story of gently growing trust and love, grace and redemption. I found it to be a beautiful, haunting story. I highly recommend it to all lovers of romantic historical fiction that inspires. 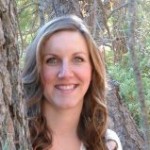 The next book in this series, Though My Heart Is Torn, released on April 2, 2013. To learn more about Joanne and her books, visit her website at joannebischof.com.
Posted by Carole at 5:22:00 PM