Review: Love at Any Cost, Part 2 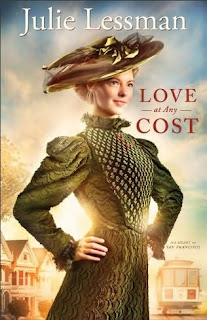 With Love at Any Cost, Julie Lessman takes us to the West Coast and brings the Gilded Age to life as she begins an exciting new romantic series based on the wealthy political McClare family in 1902 San Francisco. From the beginning, I was caught up in the lives of this warm, likeable family and am eager for the next book to be published.

Jilted by a fortune hunter, cowgirl Cassidy McClare is a spunky Texas oil heiress without a fortune who just as soon hogtie a man as look at him … until Jamie MacKenna, a handsome pauper looking to marry well lassoes her heart. But when Jamie discovers the woman he loves is poorer than him, Cassie finds herself bucked by love a second time, sending her back to Texas to lick her wounds and heal her heart. In her absence, Jamie discovers money can’t buy love, but love built on faith can set a heart free, a truth he discovers a little too late … or is it?

Love at Any Cost is such an entertaining story on many levels. The series is set during an interesting time in San Francisco's history and Julie did a great job creating a sense of place. The passion and drama that we've come to expect from her books are there, as well as the second-tier romance between an older couple that I've grown to love. I often had a smile on my face while reading, and I'm not sure that even three books will be enough to satisfy those of us who love the McClare family. 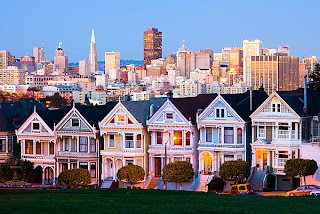 The series opens with Cassie, a McClare cousin from Texas, coming to visit and heal from a broken relationship. Cassie is a gutsy, determined, smart and no-nonsense young lady, full of Texan humor and quick to give her opinion of the "pretty boy" type. In one of her earlier encounters with Jamie, Cassie "game him a patient smile edged with just enough pity to get on his nerves. 'I'm sorry to be so blunt, but I see no point in hemming and hawing around a pesky hornet when I can just stomp on it before it stings.'"

I sometimes think that Julie enjoys creating characters that we love to hate, only to redeem them in the end. On the surface, Jamie seemed to be a gold digger, courting wealth and political influence by dating daughters of influential men, believing that the end justified the means. He is described as the "Robin Hood of the Barbary Coast - taking from the rich to give to the poor." On the other hand, he worked three jobs to put himself through school and move his mother and sister out of the Barbary Coast area, and he applies his boxing skills to teaching young boys on the street how to defend themselves. 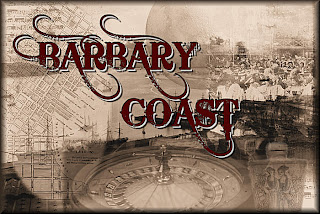 Jamie feels responsible for an accident that crippled his sister, Jess, and desires to be able to pay for her surgery more than anything. He believes that Cassie "was not only his ticket to true love, but she was his sister's chance at an operation and his chance to make political and financial strides." It's a long road, full of drama and passion, but Jamie finally learns an important lesson in faith. Jess tells him that "Some say 'seeing is believing,' but faith says 'believing is seeing.' Let go, Jamie, and let God be God. He does it so much better than you."

When it comes to engaging with her readers, Julie is one of the best, if not the best - and this makes her books even more enjoyable for me to read. When asked what she hoped readers would take away from her books, Julie replied . . .

"The MOST important thing I pray readers take away from my books is the reality of how natural and fulfilling an intimate relationship with God can and SHOULD be. Like breathing. These books may be fiction, but this is NOT a fairy tale here. It is possible to have a living, breathing relationship with the God of the Universe. He’s crazy about us, and if most people really understood that, their lives would turn on a dime and blessings would overtake them. Believe me, I KNOW this firsthand—I used to be a hard, cynical, coarse human being before God pulled me up by the scruff of the neck and said, 'Yo, Julie! Get a clue. You’re the apple of my eye!' He’s been the love of my life ever since." 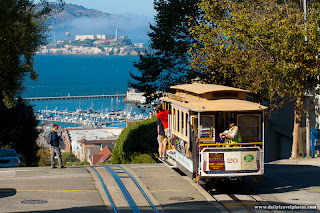 Romance, passion, humor and drama - the trademarks of Julie's writing - are all present in Love at Any Cost. While Jamie and Cassie's story came to a satisfying conclusion, there is much yet to be written about the McClare family and I eagerly await the next chapter of their life. I highly recommend this book to fans of romantic fiction that inspires.

To learn more about Julie and her books, visit her website at julielessman.com

Love at Any Cost was provided by Donna Hausler at Revell through NetGalley in exchange for my honest review.
Posted by Carole at 2:59:00 AM