Fiction coming from Revell in mid-2014

-- Thanks to relzreviewz.com for this information.
Here are Revell's new fiction releases coming in mid 2014. The title beneath each cover links to its Amazon page. If you use ereaderiq.com, the ISBN-10 number can be copied to your "Now on Kindle Watch List" page and you will receive an e-mail when it becomes available.
We have two new authors, Spencer E. Moses and Rebecca DeMarino. Do you enjoy trying new authors? What books or covers appeal to you?
﻿ 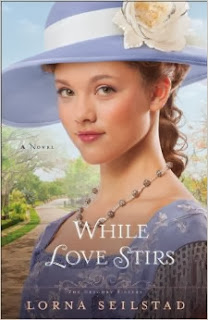 While Love Stirs by Lorna Seilstad

After graduating from Fannie Farmer’s School of Cookery in 1910, Charlotte Gregory is ready to stir things up. She is thrilled to have the opportunity to travel, lecture, and give cooking demonstrations on the very latest kitchen revolution–the gas stove–and certainly doesn’t mind that the gas company has hired the handsome Lewis Mathis to perform at her lectures. Lewis encourages her work, especially her crusade to introduce fresh, appetizing, nutritious food to those convalescing in hospitals. But young hospital superintendent Dr. Joel Brooks is not convinced any changes should be made–especially by this outspoken young woman.
When Charlotte and Joel are coerced into planning a fund-raising gala for the hospital, will this combustible pair explode?
-- May, 2014 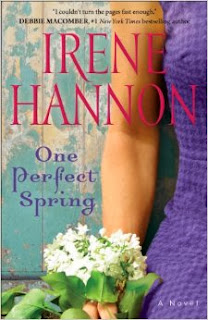 One Perfect Spring by Irene Hannon

Claire Summers is a determined, independent single mother who is doing her best to make lemonade out of the lemons life has handed her. Keith Watson is a results-oriented workaholic with no time for a social life. As the executive assistant to a local philanthropic businessman, he’s used to fielding requests for donations. But when a letter from Claire’s eleven-year-old daughter reaches his desk, everything changes. The girl isn’t asking for money, but for help finding the long-lost son of an elderly neighbor.
As Keith digs reluctantly into this complicated assignment, he has no idea how intertwined his life and Claire’s will become–nor how one little girl’s kindhearted request will touch so many lives and reap so many blessings.
-- May, 2014 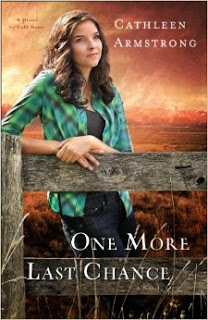 Sarah Cooley has come home to Last Chance, New Mexico, for one reason–because it doesn’t change. After an engagement gone bad with a man who wanted to change everything about her, Sarah is more than ready for the town whose motto may as well be, “If it ain’t broke, don’t fix it.”
Chris Reed, on the other hand, wants nothing more than to spark some change in the little town. As the new owner of the Dip ‘n’ Dine, he’s shaking things up to draw folks from all over the Southwest into his restaurant.
As it turns out, the winds of change are blowing into Last Chance–just not in the ways that Sarah or Chris might expect.
-- May, 2014 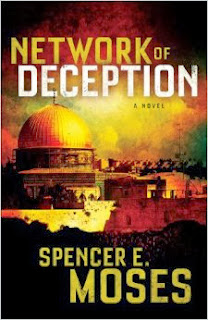 Eric Stone left the CIA to start his own spy agency, one that wouldn’t find itself at the mercy of political gridlock. Simone Koole joined Mossad to serve the Israeli people through her own relentless commitment to her faith. When these two passionate patriots are thrust together into a life or death struggle against a common enemy, the sparks and bullets begin to fly. On the surface, they’re engaged in a high-stakes effort to prevent an unacceptable shift of power in the Middle East. But not far beneath, another battle rages. Can they faithfully serve their countries and their God? And will the harsh realities of duty squelch the attraction they’re beginning to feel?
-- May, 2014 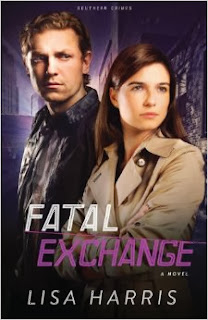 Emily Hunt might come from a family of cops, but she never goes looking for an adrenaline rush. She lives the quiet–well, relatively quiet–life of a teacher and thrives on making a difference in the lives of her students. But she’ll have to draw on a well of strength and savvy she didn’t know she had as student Rafael Cerda takes her class hostage for ransom money to save his brother’s life.
Undercover cop Mason Taylor has been working with Rafael to find his brother and bring the cartel thugs who hold him to justice. Can he talk Rafael down from his impulsive actions? And is there something more sinister at work here than he realizes?
-- May, 2014 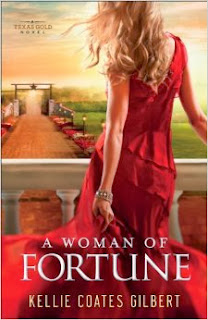 A Woman of Fortune by Kellie Coates Gilbert

Texas socialite Claire Massey is living the dream. Her world is filled with designer clothes, luxury cars, and stunning homes. But her Neiman-Marcus lifestyle comes crashing down when her charming cattle broker husband is arrested for fraud. Suddenly, she finds herself facing attorneys, a media frenzy, and a trail of broken hearts. Betrayed and humiliated, Claire must start over against incredible odds to save her family–and discover a life worth living.
Poignant and emotionally gripping, A Woman of Fortune reveals the many ways we deceive ourselves and how resilience of the heart is essential to authentic living. Drawing on her experiences as a legal investigator, author Kellie Coates Gilbert delivers emotionally gripping plots and authentic characters. Readers will love Claire’s unbending determination as she strives to keep her family from falling apart and learns to embrace the kind of fortune that lasts.
-- June, 2014 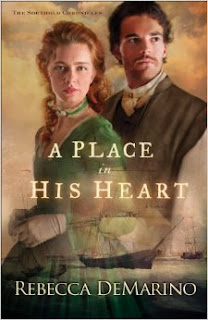 A Place in His Heart by Rebecca DeMarino

Anglican Mary Langton longs to marry for love. Puritan Barnabas Horton is still in love with his deceased wife and needs only a mother for his two young sons. And yet these two very different people with very different expectations will take a leap of faith, wed, and then embark on a life-changing journey across the ocean to the Colonies. Along the way, each must learn to live in harmony, to wait on God, and to recognize true love where they least expect to find it.
This heartfelt tale of love and devotion is based on debut author Rebecca DeMarino’s own ancestors, who came to Long Island in the mid-1600s to establish a life–and a legacy–in the New World.
-- June, 2014 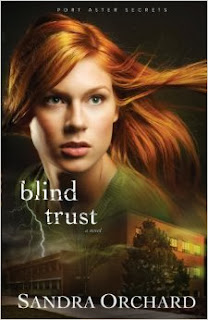 Kate Adams had no idea she was carrying counterfeit money, and she can’t believe that it came from her sweet neighbor. Or that it lands her in the middle of another one of Detective Tom Parker’s investigations.
Determined to prove her neighbor’s innocence, Kate stumbles into a pit of intrigue that is far deeper than a two-bit counterfeit operation–and strikes too close to home for comfort. As family secrets come to light, her world–and her budding romance with Tom–begin to crumble. To Kate, it’s clear that she won’t be safe until she uncovers all of Port Aster’s secrets. But is it too late for her and Tom?
-- June, 2014 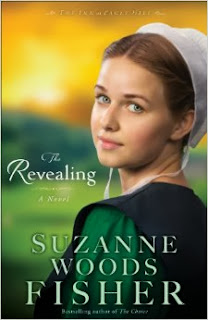 The Revealing by Suzanne Woods Fisher

Naomi King, soft spoken, loyal, and easily overlooked, has a gift. She sees what others can’t see. Intuition, she calls it. Others in Stoney Ridge don’t know what to make of it and dismiss her hunches and inklings altogether.
When a young woman arrives at the Inn at Eagle Hill with a shocking secret about Tobe Schrock, Naomi fears the worst. She can’t ignore the feeling that something sinister is at work– something more than a threat to the tenuous love begun between her and Tobe.
As signs mount, they begin to point to Jake Hertzler, the elusive mastermind behind Schrock Investments’ downfall. Soon, events spiral hopelessly out of control and Naomi must decide whether to listen to her head or her heart.
In this riveting conclusion to The Inn at Eagle Hill series, bestselling author Suzanne Woods Fisher pulls out all the stops with a fast-paced tale of deception, revelation, and just the right dose of romance.
-- July, 2014 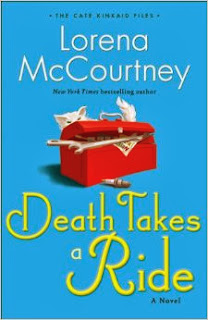 Cate Kinkaid arrives at H&B Classic Auto Restorations to give a friend a ride. But, as usual, trouble finds Kate even there–this time in the form of one dead man, one wounded man, and what appears to be a pretty obvious case of self-defense. Owner Matt Halliday wants to hire her, but not for this case. Instead, Cate is charged with finding a man who owns a particular motorcycle Matt would like to buy. As her search progresses, she begins to suspect that the shooting in Matt’s office may not have been as cut-and-dried as it appeared.
Bestselling and award-winning author Lorena McCourtney takes readers on another wild ride of mystery in this clever cozy mystery, part of her popular series The Cate Kinkaid Files.
-- July, 2014 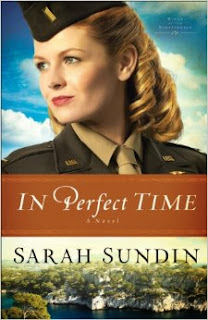 In Perfect Time by Sarah Sundin

Bold, sophisticated, and flirtatious, Army Air Force flight nurse Lt. Kay Jobson collects hearts wherever she flies, leaving men pining in airfields all across Europe. So how can ruggedly handsome C-47 pilot Lt. Roger Cooper be all but immune to her considerable charms? In fact, he seems to do everything he can to avoid her.
Still, as they cross the skies between Italy and southern France, evacuating the wounded and delivering paratroopers and supplies, every beat of their hearts draws them closer to where they don’t want to go. Can they confront the fears and misunderstandings in their pasts?
-- August, 2014 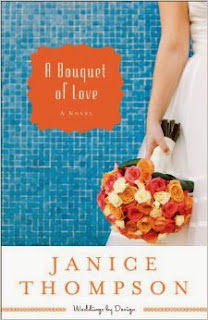 A Bouquet of Love by Janice Thompson

Cassia Pappas has found herself in a nearly impossible situation. She wants to spend her time immersed in her new job at a Galveston Island floral shop, arranging blooms and brightening occasions with her lovely creations. But her huge Greek family–especially her father–has other ideas. They’ve all relocated to Galveston to open up a new family restaurant location on the Strand– directly across the street from the Rossis’ popular pizza place–and they want Cassia’s full participation.
To make matters worse, as Cassia is trying to develop a strong professional relationship with Galveston’s premier wedding coordinator, Bella Neeley, her own father is intent on stealing all of the Rossi family’s faithful customers. Not exactly the best way to get into Bella’s good graces!
Still, at least Alex, that hot delivery guy from the nursery, is always hanging around the flower shop . . .
Fan favorite Janice Thompson gives readers one more romp with Bella, Galveston, and the bustling wedding biz in the final installment of her popular series. Anyone who loves quirky families, loads of laughter, and tender romance will find themselves hooked.
-- August, 2014

World War II is finally over and the people of Rosey Corner are busy welcoming the boys home. The Merritt sisters in particular are looking toward the future. Kate is eager to start a family and live out her dream of happily ever after with Jay. Evangeline wants a beautiful house and encourages Mike to pastor a big-town church. Victoria wants what can never be–a life with a man who will never come back. And little Lorena is growing up and wondering more and more about her birth family.
Through the heartfelt storytelling of bestselling author Ann Gabhart, readers join these endearing characters as they walk an uncertain road. Each sister must learn to hold her plans with a loose hand, trusting that God will guide and strengthen them as they share the joys and sorrows of life in their little corner of the world.
-- July, 2014
Posted by Carole at 9:26:00 PM