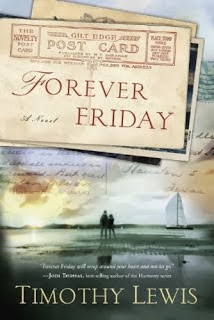 Forever Friday is a stand-alone novel by debut author Timothy Lewis. Set in Texas, it tells the beautiful and emotional love story of a 60-year marriage - committed, passionate, giving, and strong, but not without difficult times. Inspired by the author's own family, Forever Friday is a unique story of enduring love, a novel that I thoroughly enjoyed and recommend.

Adam Colby is just doing his job, sorting through the unsold Alexander belongings after the estate sale. He is unprepared for what he finds in an old photo album, untouched by the bargain hounds and treasure hunters - six decades of postcards and poems from Gabe Alexander to his wife, Pearl. The mystery of the Alexanders’ love entices Adam, a man unhinged by divorce and unsettled by the depth of commitment that he finds in the unabashedly romantic cards.

Forever Friday invites you to travel back in time to the early 20th century Texas Coastal Bend where a young couple – Gabe and Pearl Alexander – are swept up in a miraculous love. As the heartwarming, pulse-quickening story of their relationship develops through Gabe’s poems, the Alexanders reveal a new way to consider what it means to be truly devoted to each other. Could the secrets of their love affair, one laid to rest twenty years before, hold the key to one man’s future? 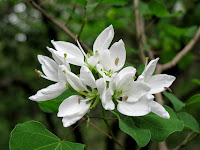 Forever Friday is different from what we usually see in the Christian fiction market, in a good way. It's a glimpse into the enduring love of Gabe and Pearl (Huck) and all they did to help that passionate love endure. It also shows how Gabe and Huck's story affects a young man disillusioned by the pain of divorce.

Before Adam discovered Gabe's 60 years of postcards to Huck, he thought the idea of soul mates belonged solely in fiction. And that "couples lucky enough to stay together might live 'ever after,' but lied about the 'happily' part."  But as Adam began to delve into Gabe and Huck's life, he began to question . . . "Did soul mates evolve into lovers? Or did lovers evolve into soul mates? More plainly, were Huck and Gabe destined to be together forever, or did they make it happen?"

Gabe and Huck's story begins in 1926, when they meet at a local fish shop. Timothy does a great job with local Texas scenery, especially one of the couple's memorable outings to Galveston, including the International Pageant of Pulchritude, which later became the Miss Universe Pageant.


Gabe's desire was to avoid what he called the long division - "How the pressures of career, multiplied with life's never-ending responsibilities, constantly divided and redivided a couples' time together, finally producing comfortable strangers rather than passionate lovers." The way Gabe sent Huck a postcard and poem every Friday of their married life was so touching - what woman wouldn't be moved by that? But Gabe and Huck did so many loving things for each other, realizing that "romance was simply an external result of the willingness each of them had to continually choose each other over their own selfishness."

Spiritual themes are quietly woven throughout this story, and there's even a Touched by an Angel flavor in the character of Mister Jack, who I loved. The anacacho orchid is especially symbolic, and it's obvious that Gabe and Huck were united in both body and soul through their spiritual depth and belief in God.

Forever Friday is such a refreshing story for our times, and the fact that Timothy was inspired by his great aunt and uncle makes it even more moving.  I recommend this novel to all readers and look forward to his next novel.

Timothy Lewis is an author and playwright who has authored more than twenty plays/musicals. He is also a professional speaker, cowboy poet, actor and songwriter. He lives with his wife near Amarillo, Texas.
Timothy drew inspiration for Forever Friday from the postcards sent between his great-aunt and great-uncle over a period of sixty years.

This book was provided by WaterBrook Press and the Blogging for Books program in exchange for my honest review.
Posted by Carole at 1:56:00 PM