Review: Return to Me 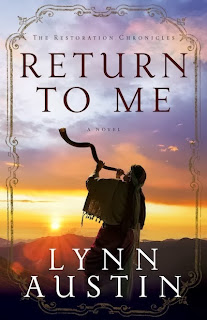 After years of watching his children and grandchildren wander from their faith, Iddo’s prayers are answered: King Cyrus is allowing God’s chosen people to return to Jerusalem. Jubilant, he joyfully prepares for their departure, only to learn that his family, grown comfortable in the pagan culture of Babylon, wants to remain.

Zechariah, Iddo’s oldest grandson, feels torn between his grandfather’s ancient beliefs and the comfort and success his father enjoys in Babylon. But he soon begins to hear the voice of God, encouraging him to return to the land given to his forefathers.

Bringing to life the biblical books of Ezra and Nehemiah, Return to Me tells the compelling story of Iddo and Zechariah, the women who love them, and the faithful followers who struggle to rebuild their lives in obedience to the God who beckons them home.

Return to Me (Bethany House) is the first of three books in "The Restoration Chronicles," a biblical fiction series based on the Old Testament stories of Ezra and Nehemiah that pictures a second exodus as the Jews return from Babylonian captivity. This is an outstanding novel on many levels, one that will stay with me for a long time.

The Babylonians conquered the nation of Judah in 486 BC, Jerusalem and the temple were destroyed, and God’s people were carried off into exile to Babylon. But in fulfillment of prophecy, King Cyrus of Persia grants the exiles the right to return to Jerusalem and rebuild God’s temple. Yael, Zechariah, and his grandparents, Iddo and Dinah, are among the exiles who make the difficult decision to return to the ruined land and rebuild God’s temple.

I've always been a fan of biblical fiction when it's done well, and Lynn's prose, Scriptural authenticity, and storytelling ability combine to remind me of classical authors like Lloyd C. Douglas (The Robe) and Taylor Caldwell (Dear and Glorious Physician). 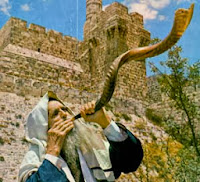 Many of us are familiar with the Jewish nation's repetitive cycle of faithfulness-disobedience-punishment-repentance-restoration that occurs throughout the pages of the Old Testament, but Lynn's writing literally places us in that world and helps us to see all that they lost because of their unfaithfulness.  To the Jews, being allowed to return meant that God would forgive them and dwell among His people again, and that desire becomes so real through the characters of Iddo and Zechariah.

To say this novel has great application for today is putting it mildly; in fact, it gives a whole new meaning to the term "relevant." You could make a blueprint of Return to Me's themes, lay it over today's world, and they would meld into one. I think of how we're supposed to be in the world but not of it, yet God's people became comfortable in Babylon and it was so easy for idolatry to gradually seep in. Even those returning to Jerusalem faced personal struggles. "We all have a little too much Babylon in us," Shoshanna admits.

Yael is a very strong, independent woman who worships the moon goddess instead of God and practices astrology. Iddo is a great character, a man of faith who tries to follow God's law, yet his motives are questioned by his wife, Dinah. "Why do you want to perform all those rituals at the temple? Is it from love or from duty?"

Lynn did such a good job at portraying the way forgiveness was received through animal sacrifices and how the Jews needed the temple in order for God to dwell with them again. Another strong theme is how God wants to be on the throne of our hearts and will not tolerate second place.

God's command of "Return to me" as shown in this book is so full of promise and assurance for us today. I highly recommend Return to Me to all readers.

"When reading the Bible, the stories of Ezra and Nehemiah always intrigued me because of the enormous sacrifice the people of God made in leaving Babylon and returning to Jerusalem to rebuild the Temple. They have always stood out to me as such faithful and inspiring leaders. So when readers begged for more biblical fiction, I knew I would write about Ezra and Nehemiah.
"I’m currently writing Book Two of the Restoration Chronicles titled, Keepers of the Covenant. It continues the stories from the biblical books of Ezra and Nehemiah.
"After that is Book Three, On This Foundation. Each book in this three book series will be a separate novel, complete on its own, and not 'continued'."

This book was provided by Litfuse and Bethany House in exchange for my honet review.
Posted by Carole at 2:04:00 PM