Review: Under a Blackberry Moon 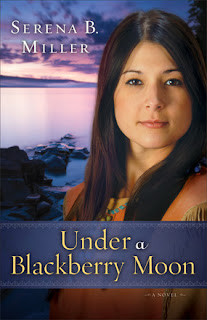 Just a few days after she gives birth alone in the Northwoods, a recently widowed young Chippewa woman stumbles into a nearby lumber camp in search of refuge and sustenance. Come summer, the camp owner sends Skypilot, his most trusted friend, to accompany Moon Song and her baby on the long and treacherous journey back to her people.

But when tragedy strikes off the shore of Michigan’s Upper Peninsula wilderness, Moon Song and Skypilot must depend on each other for survival. With every step they take into the forbidding woods, they are drawn closer together, until the tough questions must be asked. Will she leave her culture to enter his? Will he leave his world to enter hers? Or will they walk away from a love that seems too complicated to last?

Under a Blackberry Moon (Revell) by Serena B. Miller is described as a sequel to her earlier novel, The Measure of Katie Calloway, yet it works perfectly as a stand-alone.

Serena is a new author to me and I must say that I loved her writing. With nicely-flowing prose and rich historical detail, Serena weaves a fascinating story with memorable characters and a compelling Native American theme.

Moon Song, "daughter of the lake country," and Skypilot, a former preacher in Virginia, are well-developed lead characters that I grew to love more with each page turn. Isabella and Jesuit priest Father Slovic are strong secondary characters who add much richness to the narrative.

Under a Blackberry Moon opens in the rugged lumber town of Bay City, Michigan in 1868. It's not long, however, before a tragic accident strands Moon  Song, Skypilot and Isabella in the Upper Peninsula wilderness, where we see Moon Song's strength, courage, and natural survival skills. Skypilot reflects that . . . "In Bay City, she had seemed awkward and out of place . . . Watching her here was like watching a graceful doe melt into the shadows of the forest." This is a novel where the picturesque Upper Peninsula practically becomes a major character. 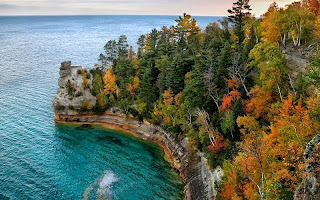 
The Native American theme captivated me as Serena skillfully brought in not only the mistreatment they often received, but so much interesting detail about their way of life and religious beliefs. For instance, months of the year were given descriptive "moon" names - like "Blackberry Moon" for the month when blackberries ripen, "Falling Leaves Moon" for when the leaves fall, "Freezing Moon" for when the snows come, etc. And the women did what we would think of as a man's work, for . . . "A warrior would fight to defend his woman, but he would not lighten her load. That was the way it had always been."

One of my favorite parts in the book is a conversation between Skypilot and Father Slovic. Forced out of the ministry before the Civil War for publicly taking a stand against slavery, Skypilot had continued ministering to people in need. Father Slovic wisely tells him, "You never left the ministry at all. . . . You simply carried it with you. Living a life of service to others is the most powerful sermon of all."

The growing love between Moon Song and Skypilot is beautiful to watch, as it seems their differences might be insurmountable at first. "There was no way Skypilot could fit into her tribe, and she had already failed to fit into his." While the ending might turn out as one would hope, the conclusion is beautiful and how we get there is surprisingly creative and moving. I especially appreciated Serena's reference to a lake baptism toward the end, as this is not often seen in Christian fiction - but should be, in my opinion.

I thoroughly enjoyed Under a Blackberry Moon and will be reading more of Serena's novels. I highly recommend this story to all readers. 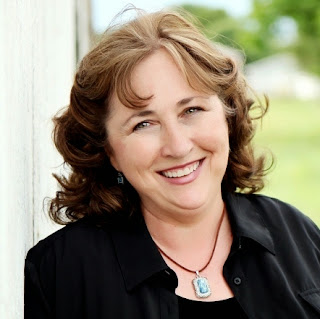 Visit Serena's website to learn more about her novels and upcoming TV movie based on one of her earlier books, Love Finds You in Sugarcreek, Ohio.

Available October 2013 at your favorite bookseller from Revell, a division of Baker Publishing Group.

This book was provided by Lanette Haskins and Revell in exchange for my honest review.
Posted by Carole at 6:36:00 PM