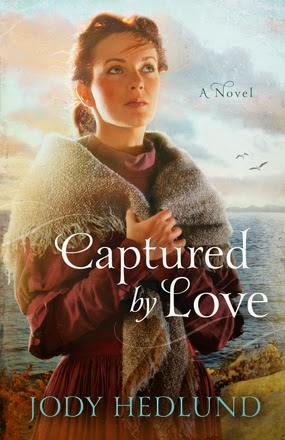 A voyageur and a young woman swept up in a time of upheaval and danger discover firsthand the high price of freedom.

The British Army has taken control of Michilimackinac Island and its fort, forcing the Americans to swear an oath of loyalty to the crown in order to retain their land. Pierre Durant is a fur trader who returns after being away from the island for years, only to find the family farm a shambles and those he cares about starving and at the mercy of British invaders.

Torn between the adventurous life of fur trading and guilt over neglecting his defenseless mother, Pierre is drawn deeper into the fight against the British--and into a relationship with Angelique MacKenzie, a childhood friend who's grown into a beautiful woman. She now finds herself trapped by the circumstances of war and poverty, and the cruelty of her guardian, Ebenezer Whiley.

As tensions mount and the violence rages on, Pierre and Angelique must decide where their loyalties rest and how much they'll risk for love.

After reading three of Jody Hedlund's novels, I can say without reservation that she ranks among my favorites when it comes to historical romance. In Captured by Love, Jody's expressive narrative, rich characterization, rugged setting, and spellbinding romance captured my emotions from the first page and didn't even let go after the last page was turned.

For lack of a better term, something that I'll call "the dynamics of three" stood out to me in this story. First of all, Captured by Love is set in British-held Michigan Territory/Mackinac Island during the year of 1814, a very interesting era of America's history and not that familiar to me. The situation was extremely rough for the island residents and Jody certainly made this period come alive. It was a time of conflict that involved Americans, British, and Indians - and it was fascinating to see how they interacted and played off each other. The rich historical detail that Jody brought in was never boring. And secondly, there was the three-way relationship between Pierre, Angelique, and Jean that gave new meaning to the theme of star-crossed romance.

Pierre and Angelique are such strong, vibrant characters that I couldn't help but be drawn to them immediately. Pierre is a voyageur of French-American descent and wild at heart, forever dreaming of adventure. And in following those dreams, he focused on doing exactly what he wanted without consideration of others. Angelique loves the island wilderness and is quite proficient at securing food for Jean and Pierre's mother, Miriam - but it is her caring nature and selflessness to which readers will be drawn.

Appealing secondary characters of Miriam and Jean contribute greatly to the story, and I especially loved the friendship between Red Fox and Pierre. Jody also excels at creating romantic tension, and the romance between Angelique and Pierre definitely sizzles. Romance fans will not be disappointed!

In his new life of commitment to God, Pierre discovers that God's will doesn't always fit with his desires. One of the predominant themes that spoke to me is that of honor, of trying to do the right thing - and that's not always comfortable, for how easily do we try to find ways to compromise in life? There's another spiritual message that Angelique learned, and it's one of which I constantly need to be reminded - that God is the only sure foundation in my life. The words to this beloved hymn easily sprang to mind:  "On Christ the solid rock I stand, all other ground is sinking sand."

The ending is very satisfying, but I would love to see Jean get his story sometime. Captured by Love is a beautifully entertaining novel, one which I highly recommend to all readers.

Be sure to visit Jody's Captured by Love Pinterest board for great images of setting, historical details, and characterization. Thank you for a wonderful reading experience, Jody!

Jody has written novels for the last 20 years (with a hiatus when her children were young). After many years of writing and honing her skills, she finally garnered national attention with her double final in the Genesis Contest, a fiction-writing contest for unpublished writers through ACFW (American Christian Fiction Writers).
Her first published book, The Preacher’s Bride (2010 Bethany House Publishers), became a best seller and has won multiple awards. Since then she’s gone on to publish numerous best-selling and award-winning books.

Captured by Love can be purchased online at CBD, DeeperShopping, B&N, and Amazon.

Thank you to Jody Hedlund and Bethany House for providing a copy of this book in exchange for my honest review.
Posted by Carole at 7:33:00 PM