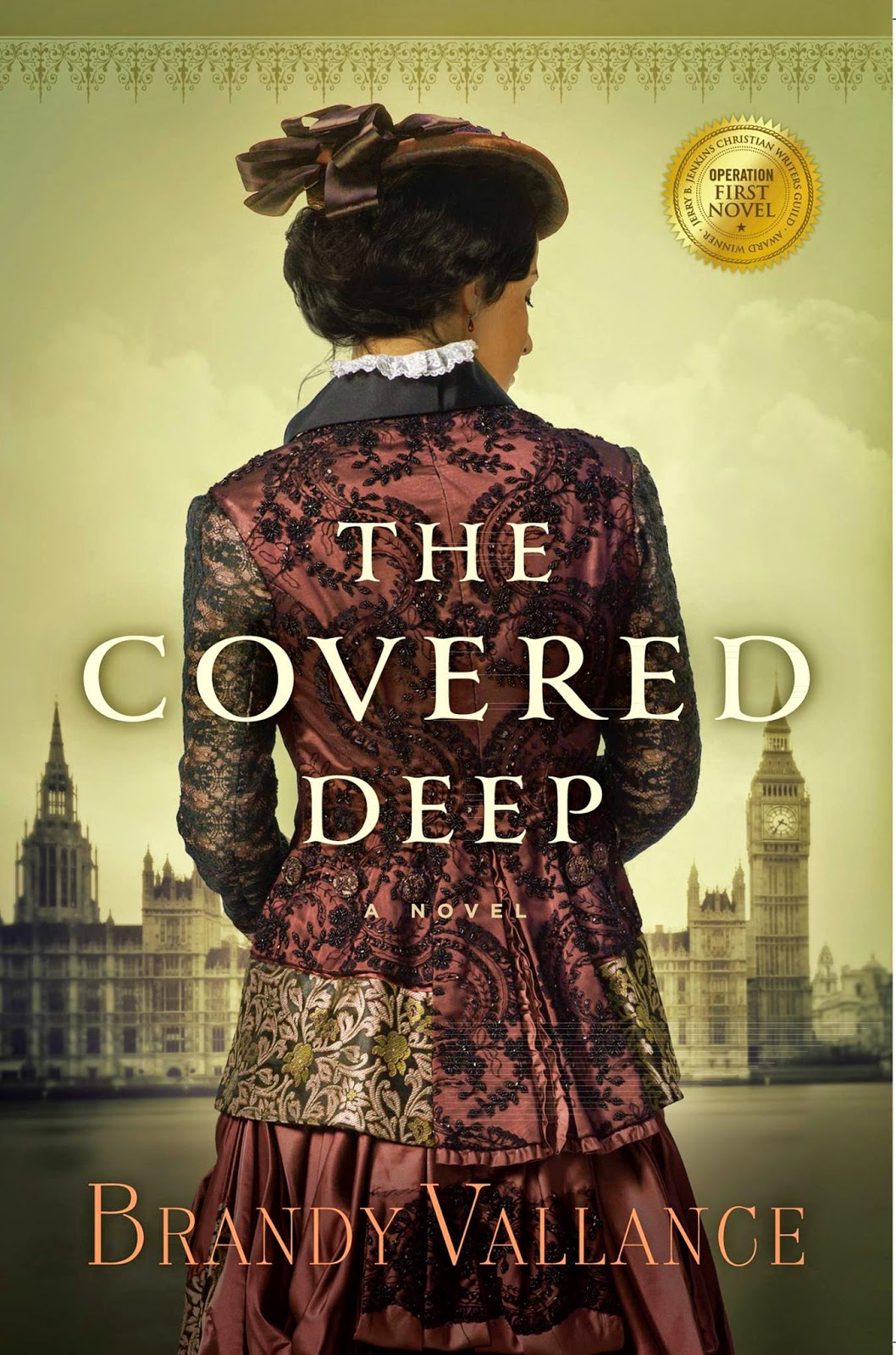 An incurably romantic bookworm from Appalachia wins a contest and travels to England and the Holy Land in search of the perfect romantic hero. Set in 1877.

Bianca Marshal is holding out for the perfect husband. Finding a man that meets the requirements of her “must-have” list in the foothills of the Appalachian Mountains has proven impossible. Bianca’s mama insists that there’s no such thing as a perfect true love, and that Bianca’s ideal man is pure fiction. On the eve of her twenty-fifth birthday, Bianca discovers a devastating statistic: her chance of marrying is now only eighteen percent. Unwilling to accept spinsterhood, Bianca enters an essay contest that propels her into a whirlwind search for her soulmate. Via the opulence of London and the mysteries of the Holy Land, Bianca’s true love will be revealed, but not without a heavy price.

The Covered Deep, by debut author Brandy Vallance, is a historical romance with depth, written by an author who obviously loves history. The story is unusual, different - and I mean that in a good way. The premise is refreshingly unique, with well-developed characters, twisting plot, and lots of historical detail. I'm no expert on history, but I thought Brandy captured the essence of both Victorian London and the Holy Land in 1877. The writing is good overall and some lines are stylistic gems.

The characters were realistic in their emotions and flaws. Bianca was a young, somewhat naive young lady with unrealistic goals, eager for adventure and romance. And she was attracted to the historian, Paul, from their first meeting - "To say that he was handsome was like saying that the sun had a little bit of shine." But it was Sir Adrian who orchestrated everything - a schemer who selected his travel companions based on their unsuspected relationships, which provides great conflict in the story. I couldn't figure Sir Adrian out for a long time, and it was only toward the end that I began to comprehend his ulterior motives.

The only negatives to me were that I thought the writing could be a little tighter because plot sometimes seemed to take second place to historical descriptions, slowing down the action, and it was also a little difficult to really connect with the characters. But I thoroughly liked Paul and thought the romantic element was sweet, with a touching ending that I loved.

Forgiveness and redemption are key themes, and the title offers a world of meaning, assurance and comfort to us as Christians. Hymns minister to me in a great way, and I loved the worship scene on the ship, with the singing of All the Way My Savior Leads Me. But my favorite scene was when Paul tells Bianca of his conversion two years earlier, describing the evening D. L. Moody preached at Her Majesty's Opera House. His repentance was real, "not just in lip service, and not in the general sort of a way that the English like to consider themselves to be." Paul walked forward as I Will Arise and Go to Jesus was sung, and the words of that beautiful hymn express my thoughts much better than I ever could . . .

Come ye sinners poor and needy
Weak and wounded, sick and sore
Jesus ready stands to save you
Full of pity, love and power
I will arise and go to Jesus
He will embrace me in His arms
In the arms of my dear Savior
O there are then thousand charms

I recommend The Covered Deep to fans of historical romance with depth. Brandy Vallance shows a lot of promise as an author and I would like to read more from her.

The Covered Deep can be purchased online at CBD, DeeperShopping, B&N, and Amazon.

Brandy Vallance fell in love with the Victorian time period at a young age, adoring the customs, manners, and especially the intricate rules of love. Since time travel is theoretically impossible, she lives in the nineteenth century vicariously through her novels. Brandy’s fondness for tea can only be paralleled by her love of BBC period dramas, deep conversations, and a good book. Brandy lives in Colorado with her adventurous missionary husband, a debonair son who has adopted her love of all things British, and a beautiful daughter who reminds her to pay attention to moments and never lose the wonder.

Thank you to Worthy Publishing for providing a copy of this book in exchange for my honest review.
Posted by Carole at 4:34:00 PM