Review: A Lady at Willowgrove Hall 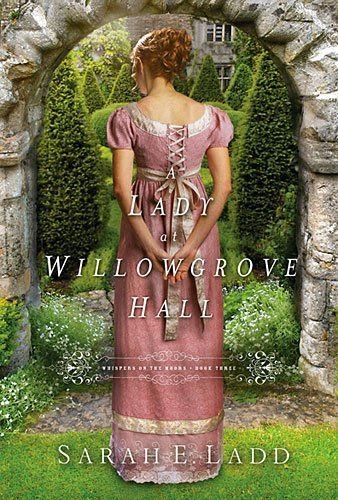 A Lady at Willowgrove Hall
By Sarah E. Ladd
Whispers on the Moors, #3
Thomas Nelson, 2014

Her secret cloaks her in isolation and loneliness. His secret traps him in a life that is not his own.

Cecily Faire carries the shame of her past wherever she treads, knowing one slip of the tongue could strip away everything she holds dear. But soon after accepting the position of lady's companion at Willowgrove Hall, Cecily finds herself face-to-face with a man well-acquainted with the past she's desperately hidden for years.

Nathaniel Stanton has a secret of his own --- one that has haunted him from birth and tied him to his father's position as steward of Willowgrove. To protect his family, Nathaniel dares not breath a word of the truth. But as long as the shadow looms over him, he'll never be free to find his own way in the world. He'll never be free to fall in love.

When the secrets swirling within Willowgrove Hall come to light, Cecily and Nathaniel must confront a painful choice: Will they continue running from the past . . . or will they stand together and build a future without the suffocating weight of secrets long suffered?

I'm always excited to discover Regency romances in Christian fiction, as I've been a fan of this genre from the time I discovered Georgette Heyer, and I have to say that Sarah's knowledge and love for this era shines through in her writing. While I enjoyed the first book, The Heiress of Winterwood, the series got even better with each book. I'm not sure why this third book, A Lady at Willowgrove Hall, was my favorite, because the setting and characters have been strong throughout. Maybe this particular storyline was just especially appealing to me.

The series features different characters, each book able to stand alone, yet there is a connection and it was great to see Cecily's background at Rosemere and Patience Sterling from book two. I was really drawn to Nathaniel, Willowgrove's steward - a man whose future was laid out from his birth. And the secondary character of Andrew Moreton added much interest/conflict to the story. He was a constant reminder of Cecily's past, and as the one who would inherit Willowgrove, he "cared more for the cut of his coat and the hue of his waistcoat than the legacy that had provided for families all around the county for generations."

With the exception of a couple of backstory chapters, A Lady at Willowgrove Hall opens in Darbury, England, 1819 - yet these backstories cast a long shadow throughout the whole novel. Cecily's thought expressed in the first sentence - Is it always a sin to tell a lie? - establishes a pattern for secrecy that overshadows several of the characters. The elderly Mrs. Trent is at the heart of much of this, and I found her to be a very sympathetic character.

The spiritual idea of forgiveness and moving forward is an overarching theme. It's so easy to think the past is buried, yet how quickly it can resurface years later - and that is something I suspect many of us can relate to. Cecily had long lived with the thought that if her own father rejected her, then surely her heavenly Father didn't love her - and I love the spiritual growth we see in her. "For years she wrestled with this idea . . . until it became easiest to simply hide from God. But now she was tired of hiding. Tired of secrets. Tired of allowing fear to dictate her thoughts."

The narrative is more character driven than action packed, and that is something I really liked. I don't know what Sarah has planned, but I would love to see more of Nathaniel and Cecily in their new life, and also what happens at Willowgrove under Andrew's care.

A Lady at Willowgrove Hall is a story that I believe historical fiction fans will enjoy and am glad to recommend it. Don't miss the previous two books in this series, The Heiress of Winterwood and The Headmistress of Rosemere (reviewed here).

A Lady at Willowgrove Hall can be purchased online at CBD, DeeperShopping, B&N, and Amazon. 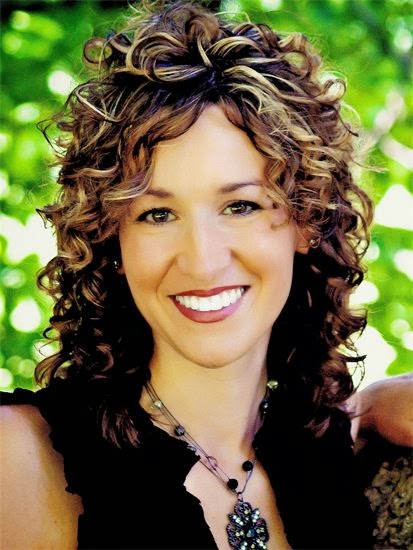 Sarah E. Ladd has more than ten years of marketing experience. She is a graduate of Ball State University and holds degrees in public relations and marketing.The Heiress of Winterwood was the recipient of the 2011 Genesis Award for historical romance. Sarah lives in Indiana with her amazing husband, sweet daughter, and spunky Golden Retriever.

Thank you to Litfuse Publicity for providing a copy of this book in exchange for my honest review.
Posted by Carole at 1:01:00 PM